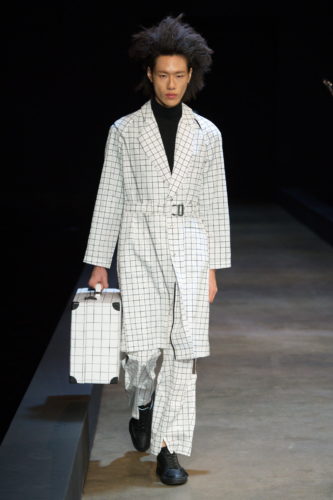 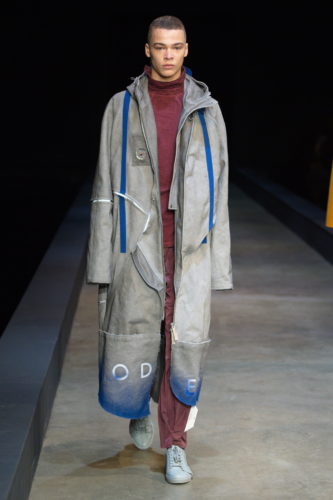 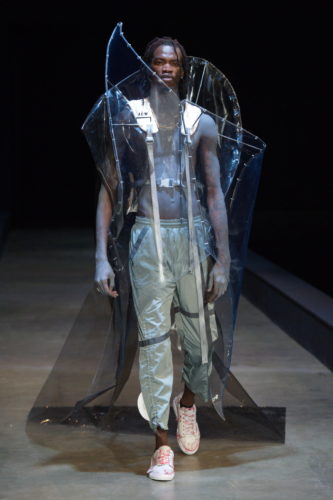 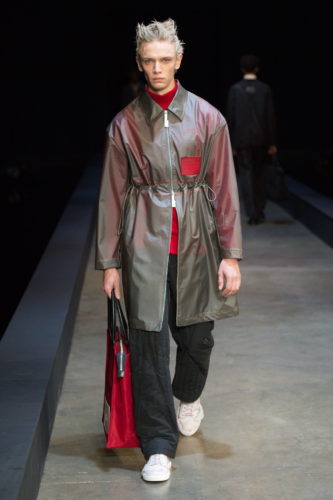 A first thing to note about Samuel Ross’ fall 2019 collection is that compared to his previous work it appears cleaner and leaner: contained, if not in scope then in its gravitation around the body. These are the clothes of the architect rather than the architecture itself – though a handful or those remain, armours of plastic sheets and steel that glisten bluish in the darkened showspace. The fine-tuning of his brand, exemplified in, according to the show notes, a “panning away from a heavy print history” in favour of lower sized graphics, testifies to A-COLD-WALL*’s commercial success over the past four years. And to its designer’s wish to reward the loyalty of his customers, those who came for the hype, and stayed for practicality and comfort. A new collaboration with Diesel and a renewed collaboration with Nike, both bound to fly off the shelves as soon as they get there, attest to this too. Now too much refinement – see the appearance of suiting, if asymmetric – can risk driving the label away from the working-class ethos of its origins. Indeed, it’s with big-league aplomb that the press release defines this collection “a conceptual painting for this nascent age, embodying the progressive characteristics of the zeitgeist”. But the majority of A-COLD-WALL*’s silhouettes are still, and happily, variations on what Ross does best, hardwearing, high-end utility wear with as many pockets as we all need. Improvements are subtle, and tech-y rather than showy: puffa jackets moulded from memory nylon, 3D-printed surfaces. I say the clothes of the architect, because there’s a certain geopoetical bent to this season’s work, and it carries through to its palette as well, built from “pixilations of pebbledash walls”, “geo-maps” and “colours borrowed from Thermoreactive scales”. What’s more important however, it’s its geopolitical timeliness. With a lit runway stretching in-between two tanks of black water, that black-clad performers struggled to cross throughout the show, Ross wanted to send a message about “nationalistic ignorance and the captivity of movement”, and did. A dog barked in the background, and hallway through the catwalk, the models looked briefly behind their shoulders: a simple gesture, but chilling. Like Charles Jeffrey on Saturday, Samuel Ross prepares us for difficult times to come. In his case, with piles of protective clothing and cocooning outerwear. 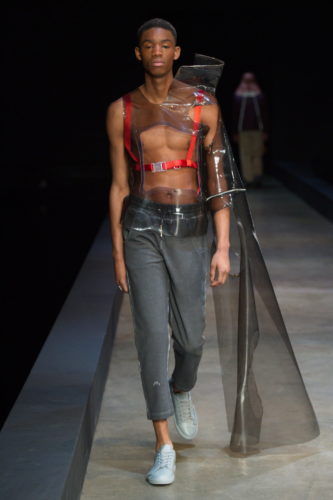 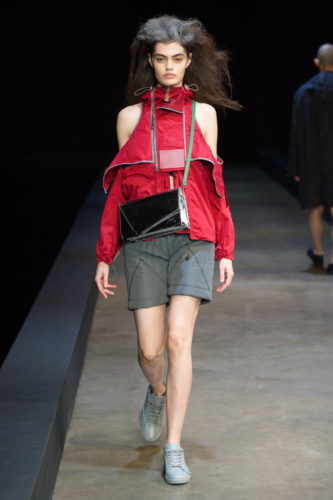 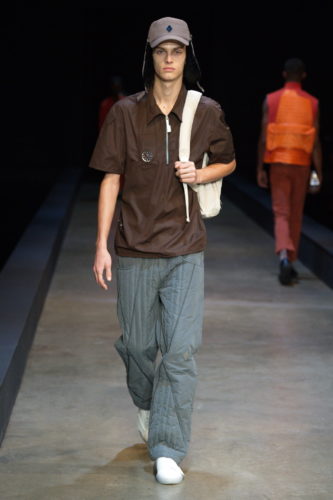 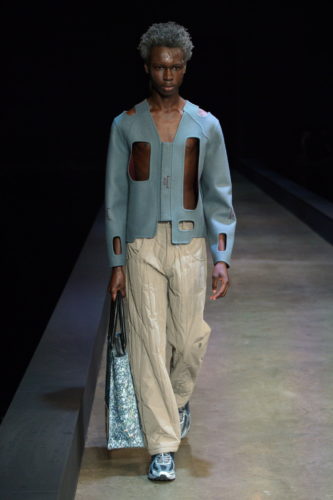 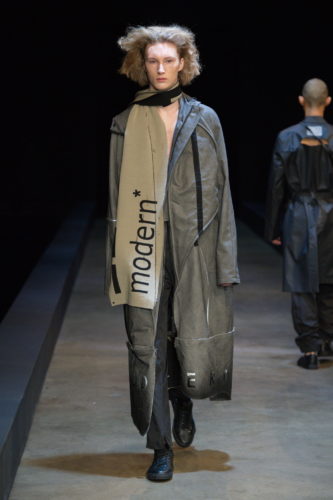 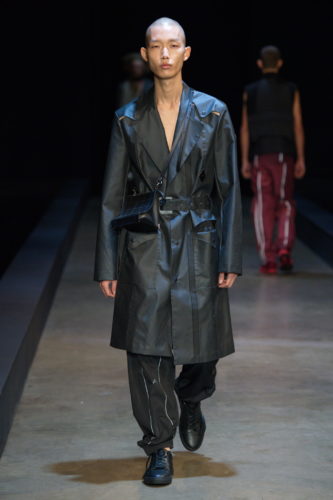