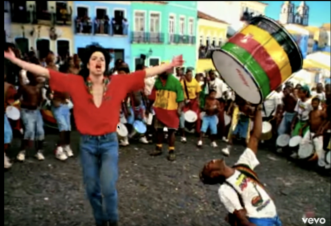 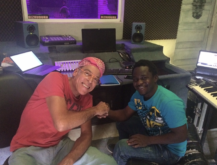 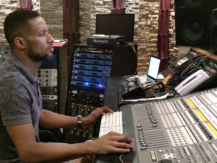 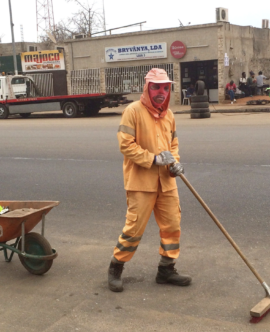 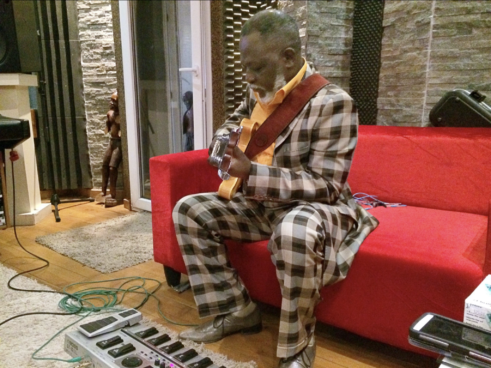 I just had a visit with my friend Satch Hoyt and he showed me the website he’s been working on for the past few months. Satch is an artist and a musician and a friend of mine since when I first moved to Paris. He’s based in Berlin.

Satch Hoyt, born in London of British and African-Jamaican ancestry, is currently living and working in Berlin, Germany. He makes sculptures and installations accompanied with sound, as well as performances, paintings and drawings. There is a dichotomy in these genres that define two sides of the same coin: a dual and complementary reflection on the Transnational African Diaspora and its multi-fold consequences. The role that sonicity and music play within this context is Hoyt’s prime focus. His project Afro-Sonic Mapping: Tracing Aural Histories via Sonic Transmigrations and its various manifestations is what occupies Hoyt’s current practice. The sculptural trope in Hoyt’s work addresses the facts on the ground, so to speak, of black experience, while his Afro-Sonic Map paintings depict middle passage cartography that taps into a spirit of fantasy, refuge and transcendence – as vehicles for an imaginative journey beyond the obduracy and oppressiveness of history. These works are also graphic scores, which can be performed by music ensembles.

With regard to his musical accomplishments, Satch Hoyt has composed a number of songs with Grace Jones; noteworthy is 7-Day Weekend, which is on the triple platinum soundtrack album of the Eddie Murphy movie Boomerang (1992). Hoyt is currently working on two albums: Galaxy X and Cleopatra’s Chariot with Earl Harvin. Recent performances include Sonic Shadow with Earl Harvin and Dirk Leyers, and his Hair Combing Cycle performance.