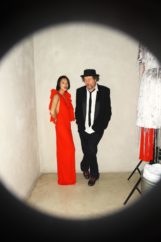 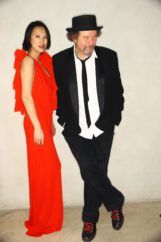 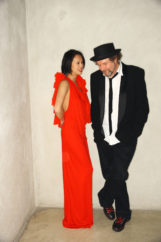 Thinking of my man Sonny Vandevelde today on his birthday. I found these images he took in 2010 chez Boudicca in Paris. It is when I met Mike Figgis and Rosey Chan. Instead of a catwalk Boudicca made a small dinner with a concert by Rosey and Mike. At points Rosey would leave the piano and change and Mike would play. Mike was a musician before becoming a film director. He still loves doing both filmmaking and making music and is genius at both. I later had Mike do a master class for ASVOFF and Rosey do a concert with a dance performance both at Centre Pompidou.