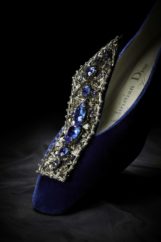 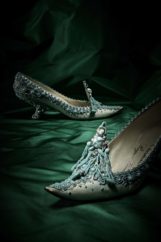 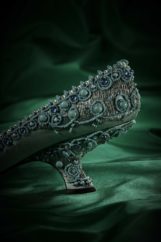 Les Editions Rizzoli presents Dior by Roger Vivier, a photography book  by Gérard Uféras which traces the decade of collaborations between the couture house and the French shoe designer. The story begins in 1953 when Roger Vivier designed his first collection for the fall-winter season of 1953 for Christian Dior himself. The collaboration produced some of the most innovative shoe styles like the sandals decorated with muguet on the heel and different heels “le talon Virgule, le talon Choc, and the model Gazelle. During the decades Vivier worked hand and hand with several artistic directors, Yves Saint Laurent and Marc Bohan and forever left his imprint in the history of the house of Dior.

Elizabeth Semmelhack, a fashion historian and curator at Bata Shoe Museum of Toronto, wrote the text. The photography is by Gérard Uféras.