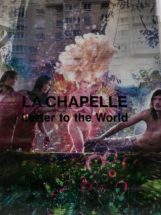 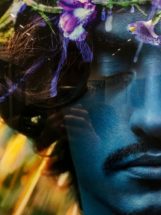 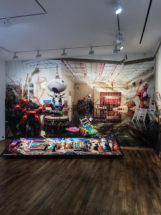 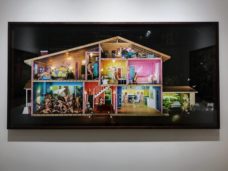 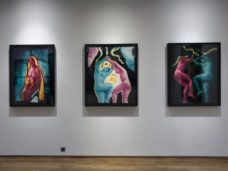 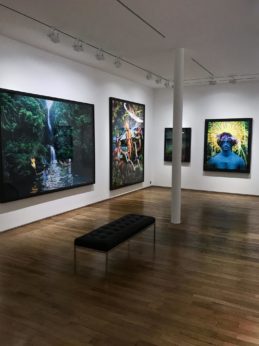 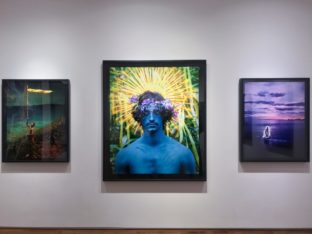 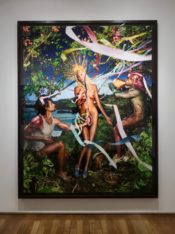 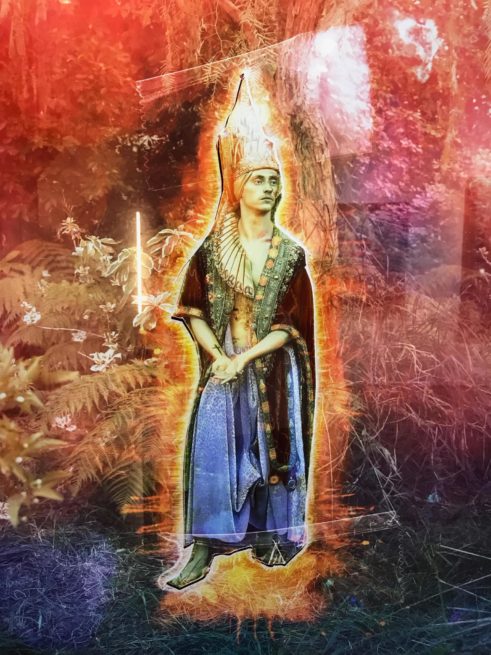 Letter to the World is the new exhibition of David Lachapelle, in galerie Templon’s Rue du Grenier Saint-Lazare space, from november 3 to december 29, 2018.

The exhibition is designed as a dialogue between nature and consumerism, inspired by the masters of Art, at the threshold of myths and reality.

On the upper level – a poetic vision of a lost paradise, in the wild jungle, an idea of Man with nature, in harmony, opposed to the lower level – the culture of consumption and of celebrity idolisation of the XXI century.

The assortment of photographs subtly combines Lachapelle’s early artworks from the 80’s, including handmade works (he painted his own negatives), almost looking like stained glass, with more recent photographs in the era of digital alterations.

One could tackle this exhibition as a poetic warning, a concern from David Lachapelle, who moved ten years ago to the jungles of Hawaii in search of spirituality and a secluded life.

Mankind craves to own everything, swallowing ‘LIKES’ on social medias to feed their greed, more and more delusional, detached from reality, from each other, from the world of nature and pushing Earth on the verge of its collapse. A week ago I read that the 62 richest billionaires own as much wealth as the poorer half of the world’s population!

Come and plunge in Letter to the World, the shamanic vision of Lachapelle, a wonderful LSD ephiphany.