It’s usually rewarding seeing designers step out of their comfort zone to explore new territories, but it’s even better when the exploration succeeds. Lisbon-based designer Aleksandar Protic showed one of his best womenswear collections to date, using his technical wizardry to support a bold creative move. The industrial soundtrack of his show made sense with his take on fluorescent yellow and graphic cutouts, which gave his pieces a sexy and futuristic feel. Draped separates and dresses cut on the bias looked like liquid fabric poured over skin, sweet nothings that seemed to float on bodies. This ethereal quality has often been one of Protic’s trademarks, but he anchored his silhouette within the sharpness of his tailoring, which gave his women poise and confidence. This was definitely an empowering statement and it also felt younger than some of his previous work. Protic is a strong presence within the ModaLisboa schedule and he should be cherished as such. 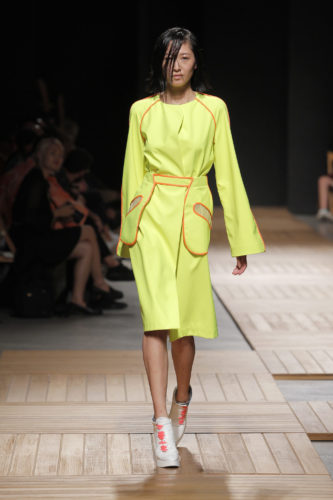 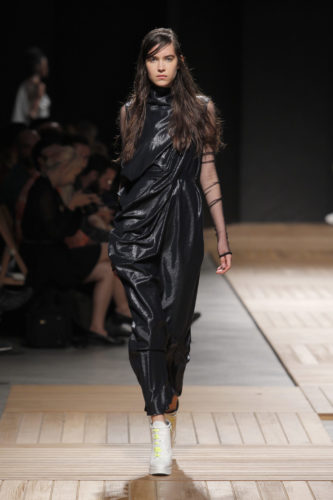 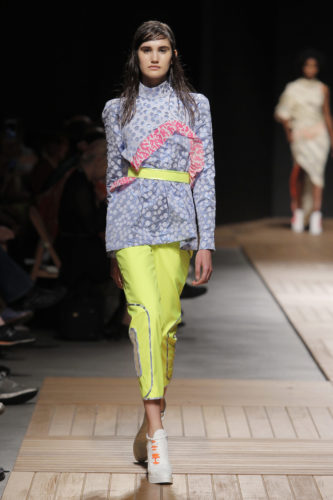 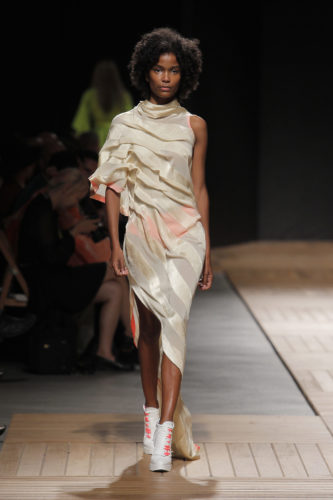 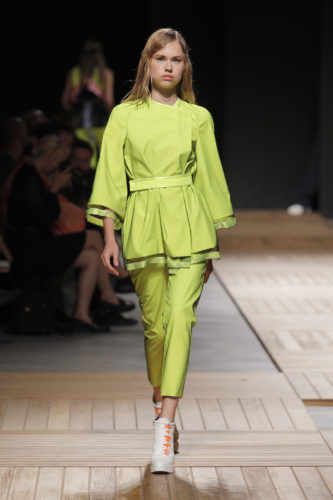 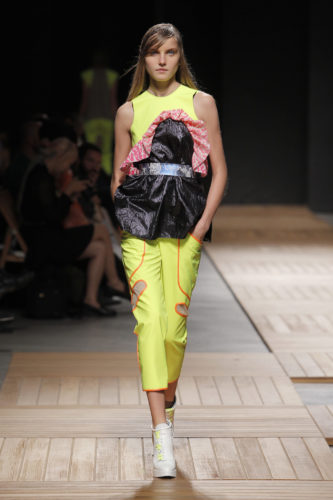