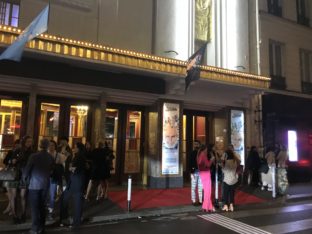 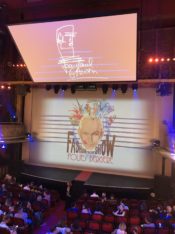 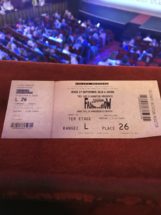 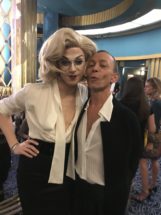 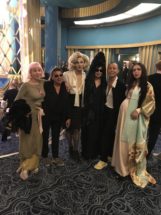 I’ve been looking forward to this for months and probably you have been too. Well, tonight I got to experience the Fashion Freak Show. The official opening is October 2nd.  Before Jean Paul Gaultier designed the cone bra for Madonna, he’d already done one for his Nana aka teddy bear. There is a teddy bear revue at the opening. When Jean Paul was a teenager he saw the revue of the Folies Bergere and from that moment he had a dream  of creating his own revue at the Folies Bergere and tonight he did just that and he did it well. The clothes are beautiful, the dancers are amazing. One in particular stood out to me, Lazaro, you’ll love his Josephine Baker banana dance.

Gaultier pays homage to the people that were and are dear to him and have impacted his life. The revue is very personal it takes us from teddy bears to the death of his boyfriend from Aides, to Act-Up, an homage to Edwige Belmore, she was the queen of French punk and is remembered beautifully in the revue.  Then there is the singer Rita Mizuko, Catherine Deneuve and many more. You will enjoy the Anna Wintour and Karl Lagerfeld impersonators and the funny spot of two women on film talking about Gaultier. In the end it is joyful, has depth and there is something sweet that resonates throughout. I highly recommend it.