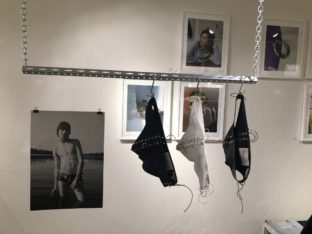 Ludovic de Saint-Sernin. in A Rebours 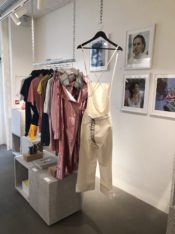 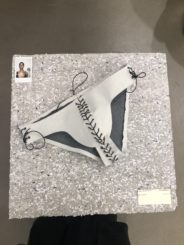 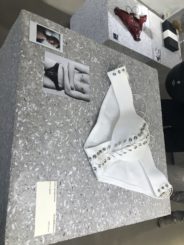 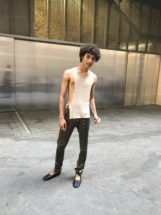 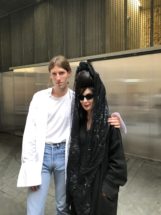 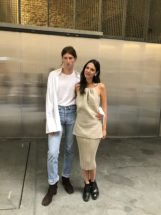 Ludovic de Saint Sernin is a 27 year old French designer who lives and works between Paris and London won the Creative Prize at ANDAM this June. He graduated in Fashion Design from l’ ESAA Duperré and was a member of the design team at Balmain before launching his own label in 2017. He has presented two collections during the Paris Men’s Fashion Week (SS18 and AW18), the collection is designed for both men and women to wear. For his second collection Ludovic collaborated with Repettoon a capsule of ballet inspired shoes, also for men and women. In January 2018 he participated in ANNEX, an exhibition of visual artists at M+B gallery in LA.

Today was his opening at À Rebours, 46, rue Sainte-Croix-de-la-Bretonnerie, 75004 Paris, www.lafayetteanticipations.com. À Rebours fills the gap left by Colette filling a 100 square meter shop with all kinds of creative treasures from todays exhibition of briefs by Ludovic de Saint-Sernin to ceramics, jewellery, books, fashion and objects. The space is curated by Pauline Vincent and the shop is connected by a courtyard to the Lafayette Anticipations artists in residence space and is the corporate foundation of Galeries Lafayette. Many interesting performances and installations are planned for the future.