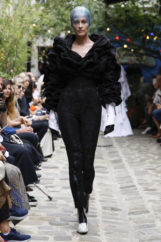 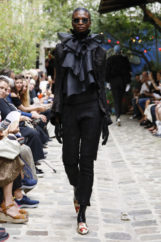 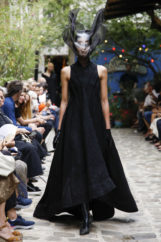 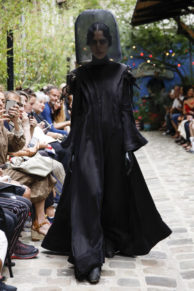 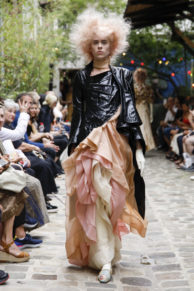 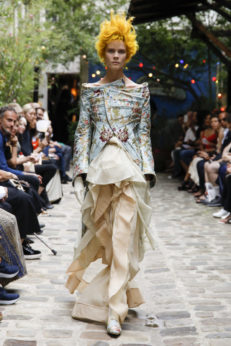 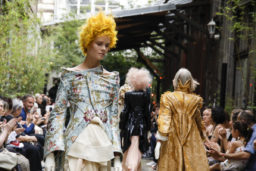 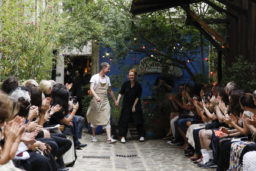 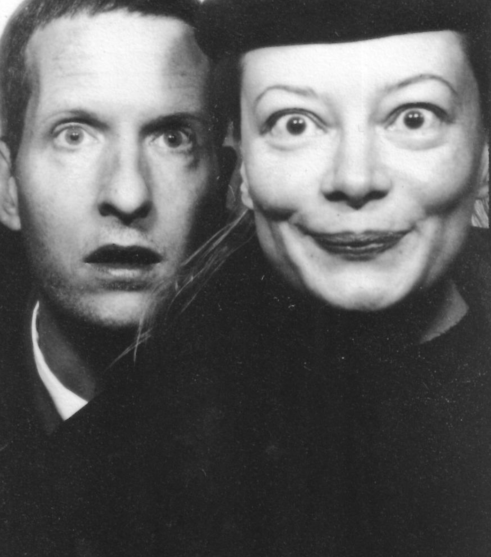 I’ve been following Aganovich since their Paris debut which I covered in ZOO Magazine in October 2009 (SS10). I was introduced to them by Imran Amed. 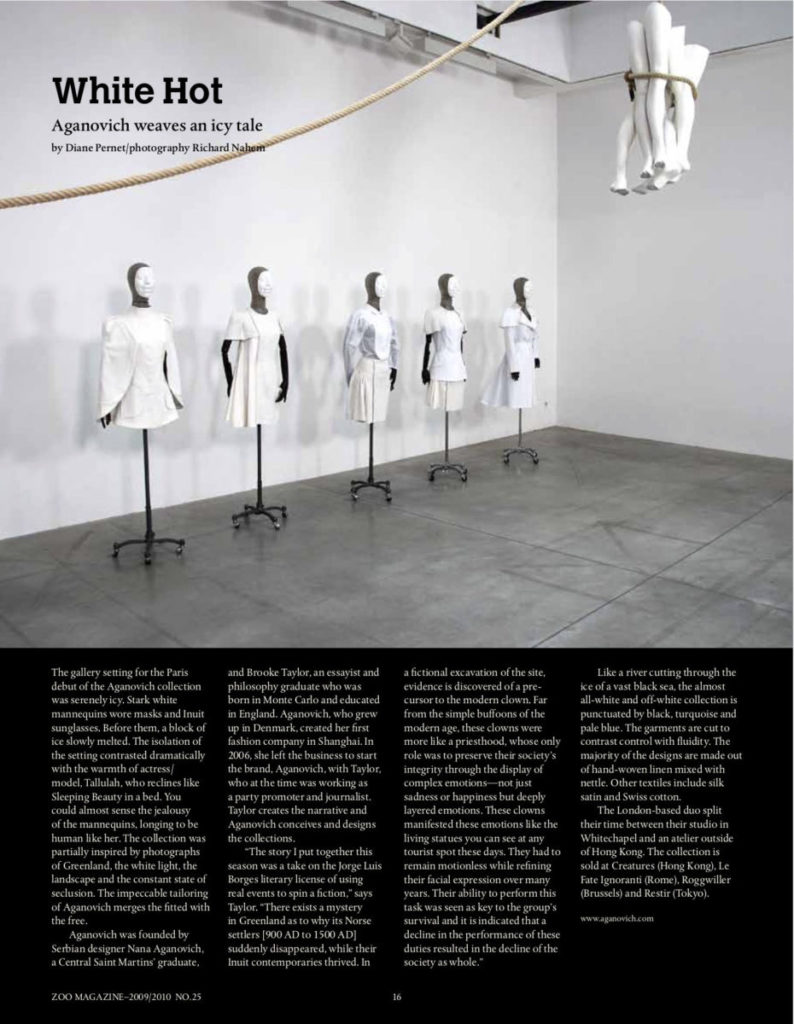 Nana Aganovich and Brooke Taylor are the duo behind the brand Aganovich. They moved from London to Paris in 2012. Nana was born in Belgrade studied at Central Saint Martins  and grew up in Yugoslavia and Denmark. Brook was born in Monte-Carlo and moved from there to Florida, England, New Hampshire back to London and finally to Paris and several other cities along the way. They met on Valentine’s day and their fairy tale love story began there. From the beginning they decided that they were going to work together for the rest of their lives.  Their romance comes through in their collection. This season they were invited to show their collection on the official schedule as a guest of the Chambre Syndicale de la Haute Couture. But here is a bit of their history through my eyes.

Their first on schedule show in Paris was SS11 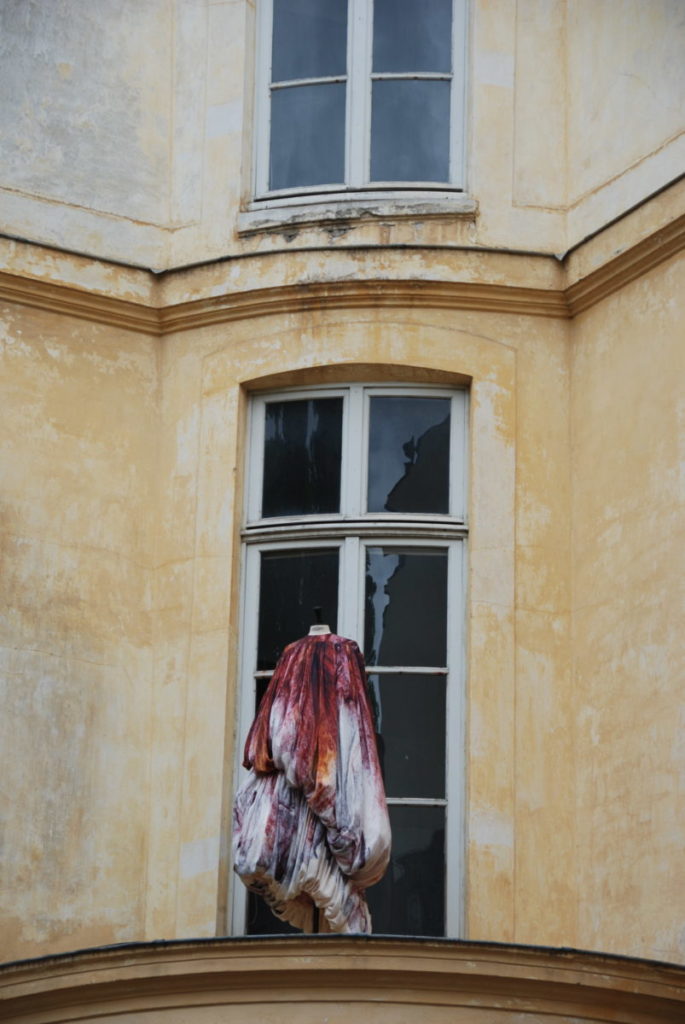 I went to visit them at the RITZ to see the collection and photographed them on the bed. Brook points out that he had holes in his shoes, none the less they were showing at the RITZ 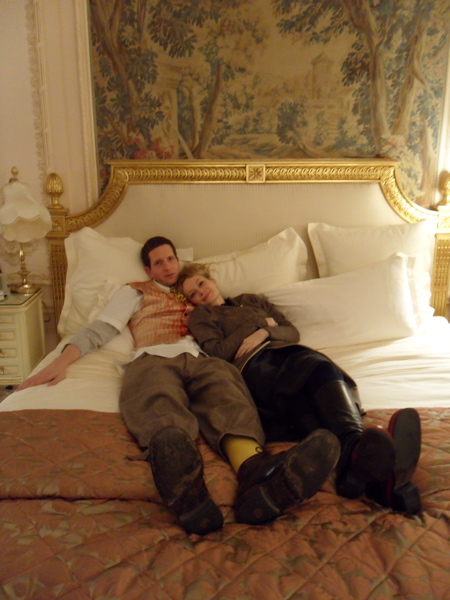 It was the dream of Didier Grumbach..for designers to use the HC calendar to show what they had already sold to protect them from fast fashion retailers (and copy turn around).

In 2017 they took a year off which they loosely called Manifesto. They wanted to find ‘value’.” As in why keep making clothes? One of the elements was the kickstarter project Invisible Acts. It morphed as we went. It began  as a workwear thing but has instead become a what we’re calling an ‘ethical lab’ ie an area we use to try and ask some ethical/sustainability questions.’ said Taylor.
“We reduced our team by 2 thirds so a little dormant but influenced for example a fabric choice on last collection which was a recycled and recyclable polyester.
With Manifesto we compressed everything into one sales session (fragrance, workwear, LA Tshirt project, RTW).
Now we have seen the demand they all get separated back out into their respective sessions.” said Taylor.
Categories are:
-Fragrance website
-Invisible Acts, once or twice a year via Kickstarter
-T-Shirts become pre-collection
-RTW just sales session
-RTW transformed to HC and shown twice a year during HC calendar.
“We took step further though and are using it to really try and go further. We use patterns  already sold then have 4 months or so to amp up the creative and change materials etc. Images then appear at delivery time which helps retailers.” said Taylor.
Great collaborators this season:
-Manolo Blahnik Shoes
-Stephen Jones headpieces
-Gentle Monster sunglasses
-Tomi Kono handmade wigs
-Atsuko Kudo leggings and gloves
My personal  highlights from this season’s debut couture collection are: the white chiffon voluminous blouse that they showed over a slim black high waisted trouser, the brocade coat that looks like it is made out of upholstery fabric, a glossy leather asymmetrical jacket and pale blue brocade asymmetrical jacket and a brocade bolero jacket all are standouts.
Over the weekend they set up and installation at Selfridges with the delivered collection from which the couture is developed. For the set-up the used two looks from their order but then fucked up painted and styled.