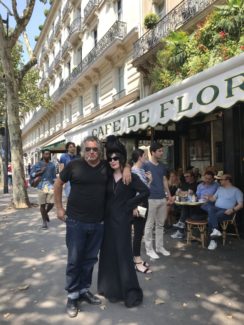 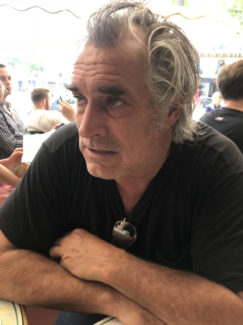 It has been about 13 years since I last saw Steve Olson, that was when my first fashion film festival, You Wear it Well, was in LA. But like real friends, it was like we saw each other yesterday. Steve is still skateboarding, he’s an artist and a journalist.

He’s in town for a few weeks so I’ll update this with an interview. Here is an old interview from 2006 when I saw Steve at his place in LA. It was the time of my first fashion film festival.