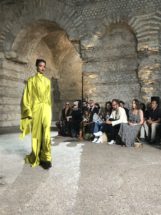 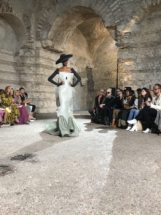 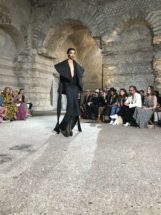 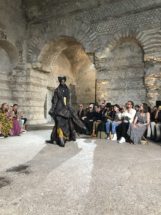 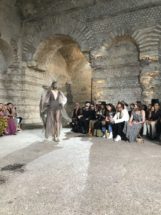 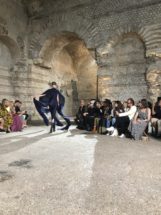 I cannot be exact but I think it was about 4 years ago that I met the two forces behind the brand, which at that time was called Krishna Godhead and now NIHILO. I have to investigate to find out exactly what NIHILO stands for. Both Justin Smith and Kat Grace are from Perth, Australia and enjoy their life in Bali. I visited their showroom in Le Marais with Sofia Tchkonia, both of us had been contacted on facebook by Justin who was quite insistent that we come visit them and so we did. They revealed their first couture collection in Paris in 2014. The collection has grown in depth and quality since those early days. Some things remain like their love for exotic skins, natural fibers, no synthetics and no man-made materials. The collection was beautifully crafted and the casting superb. It does not hurt that Godhead is a celebrated photographer and Grace the perfect mannequin.