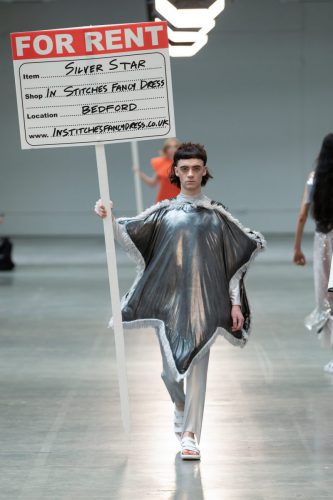 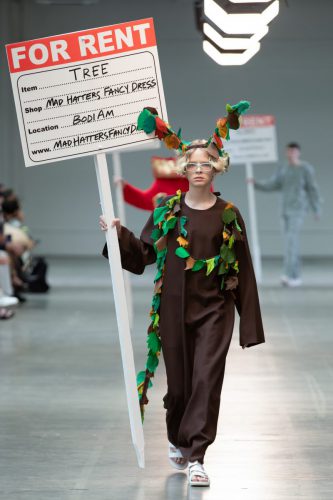 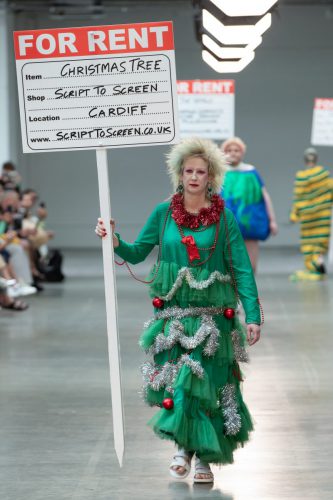 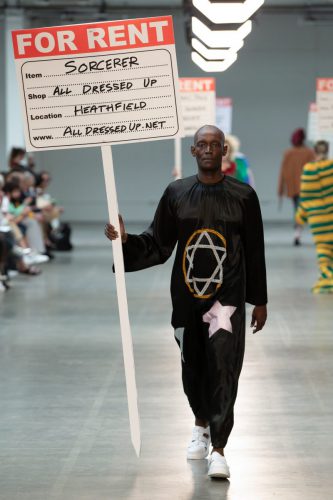 The question we’re to ask, perhaps, is whether Rottingdean Bazaar is no ordinary label or if they are instead the most ordinary label of all. We’re not talking about normcore here, and to the ready-making of their creative process there is undoubtedly more than just an ounce of trolling. But it is also insightful, to a maybe unsettling degree. Theseus Buck and Luke Brooks’ vision for spring 2019, is a parade of hired costumes from fancy shops across the country: the utter lack of any alterations of their part made all the more evident by the placards the models are holding, like walking ads for the shops each ensemble was hired from. The press release itself is a receipt, written to Mr. L. Brooks, for the hiring of a Mr. Longbody costume of hooped suit and hat, for £26, from the All Dressed Up shop in Hiram, East Sussex. Some of the other characters gathered here, for no apparent reason other than the ambitions of their get-ups, the crème de la crème of disguises, were Van Gogh, a Christmas Tree, a Worm, a Carrot, a Pumpkin, and The World. What to make of it? To think of Rottingdean Bazaar’s procession as a mockery of the industry is perhaps too simplistic, though we could surely take it as a commentary on how in fashion all is always borrowed, nothing ever new. But one could also choose to see it as a celebration, a veritable pageantry of the artistry in the everyday, at the fringes of fashion, of those enterprises that are not quite it, but neither are they just clothing. You either get Rottingdean Bazaar or you don’t, and if you think you do, as do I, chances are you might be reading too much into it. But that the casting, in all their diversity and seriousness, and the soundtrack, an upbeat tune stating that “we’re the same people younger than before / we’re the same people stronger than before” lent a certain poetry to the whole ordeal would be hard to deny. Buck and Brooks, who when they’re not collecting costumes work as art directors and stylist, look at fashion as a thing in the grand scheme of things: from afar, but not too far, in fact, from the seaside village of Rottingdean, East Sussex, 48 miles from London or so. 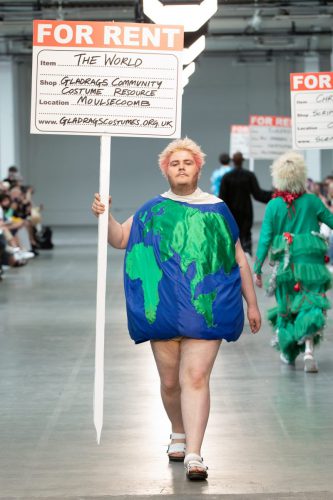 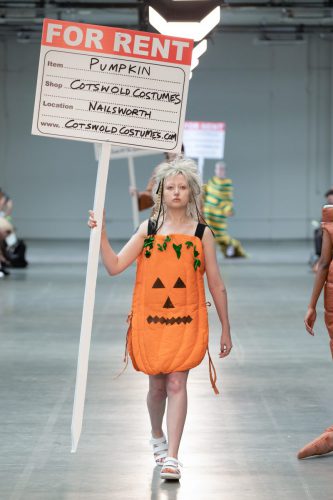 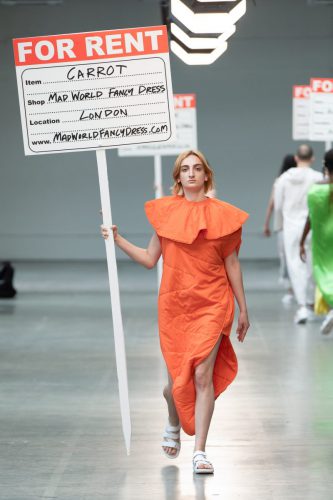 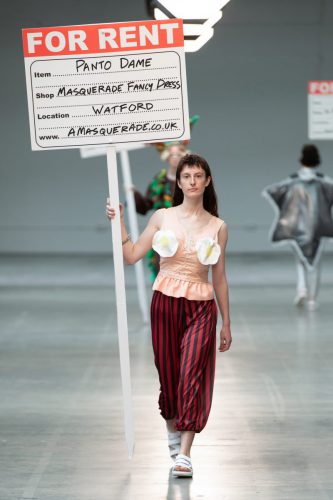