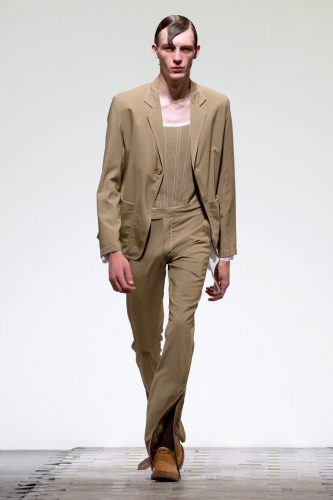 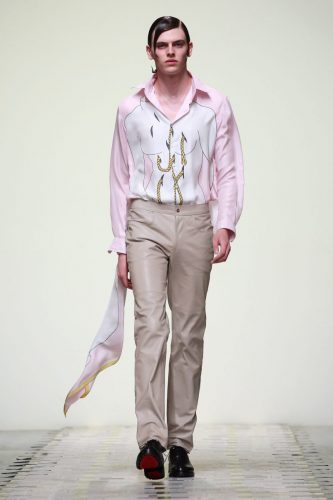 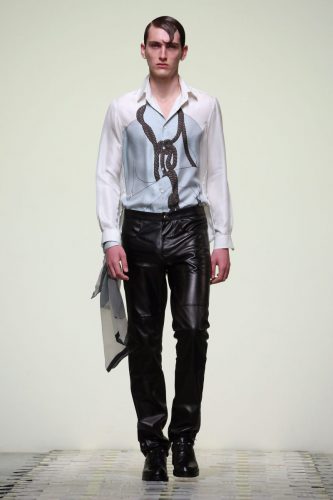 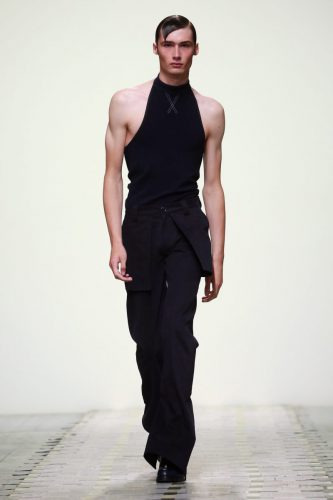 Saturday morning, 9am. The future of London’s finance – its brightest and youngest executives – are making their way home after a long night at the clubs, to shake off the week and suits. At 180 Strand, a bleary-eyed crowd attends Daniel W. Fletcher’s first runway show: informed by the ‘darkness of a bygone, lingering night’. This season, Fletcher’s muse is the businessman, of a specific kind, and the nightly antidote to his daily plight. The press notes recount the story of times of struggle and restraint, with sadomasochistic undertones – tailored trousers are slashed at the rear, the pairs in leather tighter yet at the crotch. The soles of Louboutin Oxfords glint in the runway light in trademark lipstick red, and corsetry in technical fabrics squeeze the upper body with knots of rope. Altogether sweeter are the prints of painting by New York-based Caitlin Keogh, on silken shirts and scarves, billowy in pale pastels. Still, her subjects are headless torsos bound and pierced with chains, with hooks. It’s the tactility of Fletcher’s materials – leather, silks – that tempers sexuality with sensuality. The collection may be inspired by the present world, the pains and pressures of late capitalism: yet in its eroticism there’s something nostalgic, vaguely nautical, an echo of Fassbinder’s Querelle. 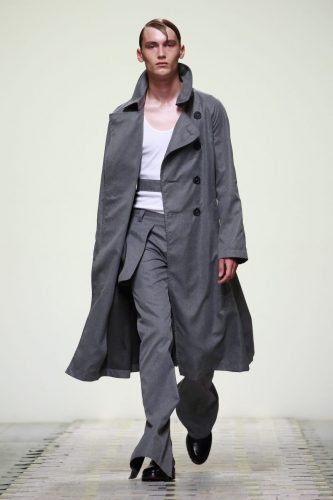 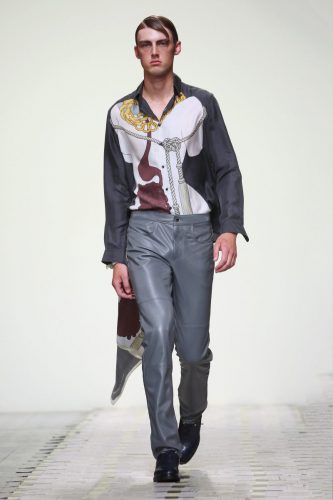 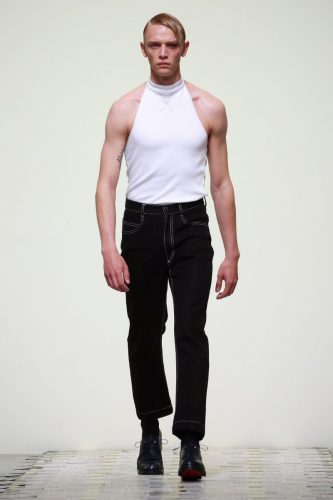 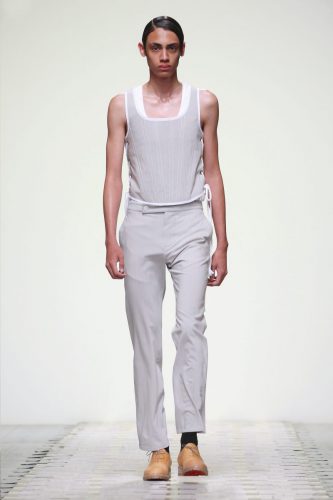