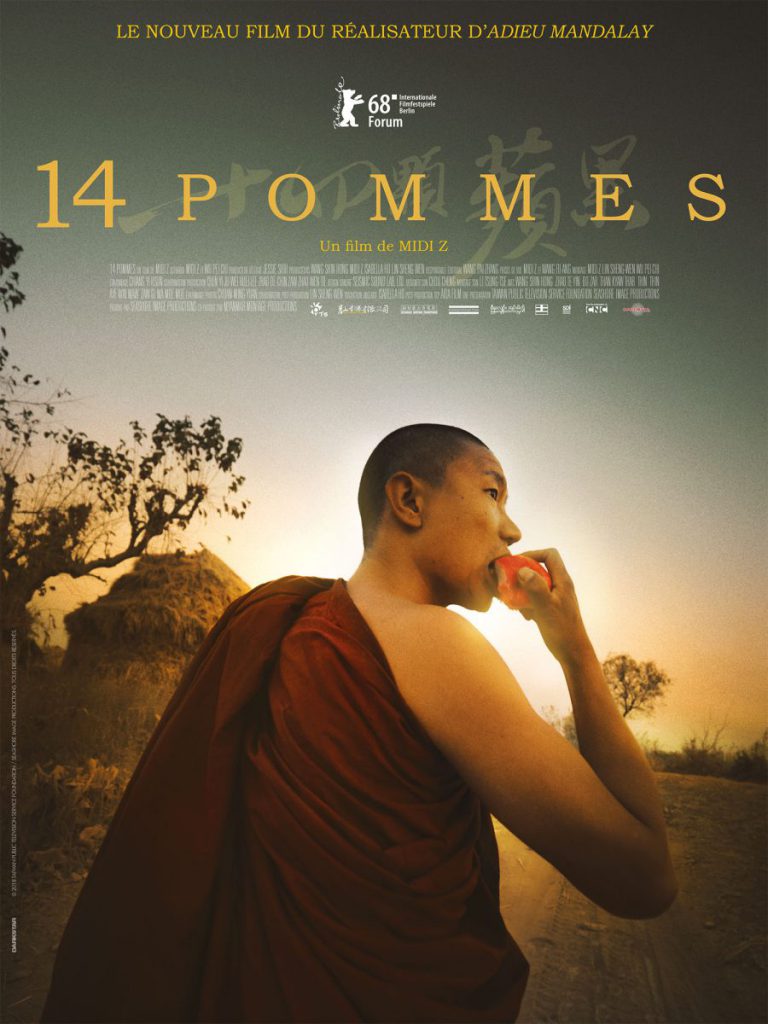 Thanks to Carlotta Films I was able to preview 14 Pommes by Midi Z. Imagine a life where eating an apple is a luxury. The documentary, which is a pure meditation, takes the viewer outside of their everyday life and immerses them into the life of a monk.  Shin-hong is a young Burmese business man that suffers from insomnia. His mother takes him to a fortune teller who advises him to buy 14 apples and go to a Monastery in the middle of the country. Shin-hong lives like a monk for 14 days and eats one apple a day. It is the middle of nowhere, the place is small the people are very poor but they line up to give the monks offerings for blessings. The film is like a poem, a beautiful document that almost feels like fiction.

The director, Midi Z,  was born in 1982 in Burma to a poor family and moved to Taiwan when he was 16 after getting a scholarship to study art at the university. His films were programmed in festivals and in he entered the Golden Horse Film Academy that was founded by Hou Hsiao-hsien, the Taiwanese film director, in order to support the young directors, screen writers and cinematographers of the future. In 2014 Ice Poison was selected for the Oscar for best foreign film. He directed Return to Burma (2011), Poor Folk (2012) and Ice Poison (2014) with very small budgets with small crews. In 2014  the International Film Festival of La Rochelle organised a retrospective of his work, 3 feature films and 4 short films. Afterwards he made 2 documentaries on the extraction of jade in the north of Burma, Jade Miners (2015) and City of Jade (2016) followed by a fiction with Adieu Mandalay (2016). This was his first film with a decent budget and was critically acclaimed and the first of his films that was projected in Burma.

14 Pommes will be in cinemas May 16th