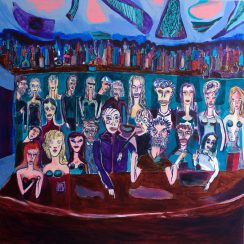 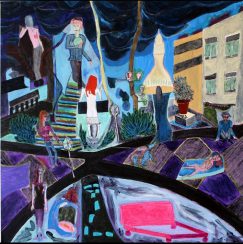 If you are in Barcelona True West opens April 26th until May 26th, the paintings and water colors at SPACE shows the world as seen through the eyes of David West. West is a Paris based  American artist who enjoys looking at water and vegetation, seascapes and urban sites. He works with felt-tipped pen on paper and aquarelle drawings are the result of contemplation on his walks through different towns and cities.

West is best known for his underground edge as the portraitist of themusic scene with his large series of rehersals and concerts developed over a couple decades between the USA and France. 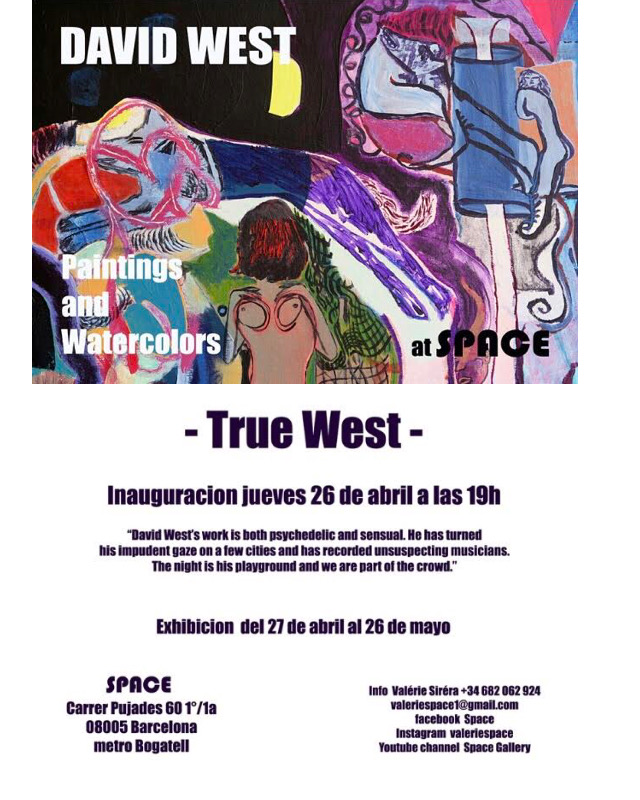 “The night is his playground and we are part of the crowd” .