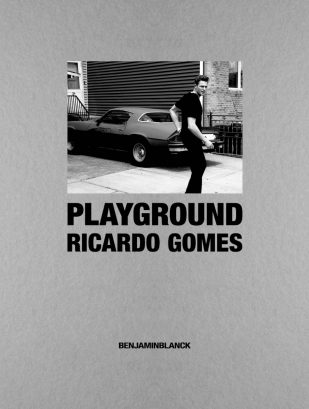 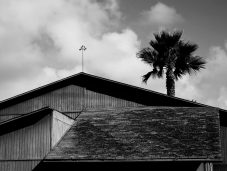 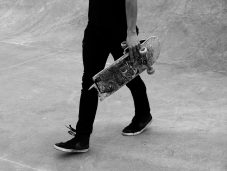 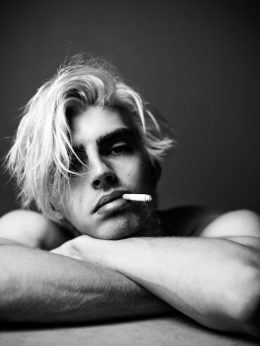 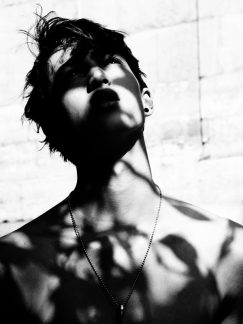 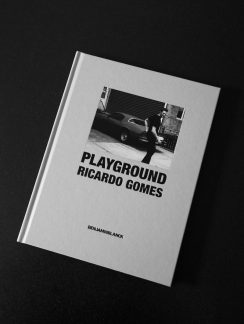 We met a few years ago for a photo shoot, now Ricardo Gomes has published his first book. Seemed like a  good time to make this little interview.

DP: When did you start working on PLAYGROUND and what was the impulse behind it?
RG: PLAYGROUND is a project I’ve been working on since late 2012. The title came to my mind while being a little bit ‘ironic’ somehow, and very personal – the same way I kept the book. If the pictures had no title, you could imagine that they were taken in the 90’s, or yesterday, at the beach or a studio. That helped me to create ‘my own playground’. And I think its a great title for a first book.
DP: What is your relationship with the subjects? Are they friends? Do you do a casting?
RG: Most of the people in the book create the dreamy mood that I wanted to obtain while choosing the photos. I wanted to publish a book that will remain timeless – if I can say that. Some models are really good friends; Francisco Lachowski and his family and some are just people I keep in touch with and care about; Noé Elmaleh, Samuel Leijten, or Stella Lucia, etc. Musicians, surfers, skaters or models from agencies that I’ve photographed these past couple of years in Paris, Hossegor, NY, LA, are just one subject for me. It creates a whole mood. I like photographing people that give me something more than just a fashion shoot, or a nice portrait. I like to build a fantasy whilst photographing, its almost better than sex to me (ahah).
DP: Do you remember the first image you took? How old were you and what was the camera?
RG: Sadly I don’t remember my first photograph. I think we all played with our parent’s film camera when we were young. I was not an exception. I always loved cameras, I used to build this thing at home with glue on a wooden stick, and looked around the house through that little hole. I guess that really woke up the curiousity to look at things from a perspective.
DP: Did you always know that you wanted to be a photographer?
RG: I moved out of my hometown when I was 17 years old. I left for Lisbon, determined to study photography. I was lucky my parents gave me the support and strenght to follow that dream, even if they were not sure I could make it work. I was very young but I have no regrets.
DP: What is your relationship with skateboarding? music? fashion?
RG: Skateboarding, music and fashion are all connected to me. It makes me dream, almost like a fantasy. I can stay at the beach looking at surfers for hours. Or in a music studio, watching musicians record an album- its fascinating. I have a lot of friends that are musicians, and I love their energy around me. It is so real, devoted and yet delicate.
Regarding fashion- it is for sure a fascinating world – especially the way designers create a vision, release on the market and have people wear it in their own way.
Individuals moving and doing what they love is so inspiring. Its beautiful.
DP: The images are quite cinematic, do you have any desire to add filmmaking to your talents?
RG: I love cinema, I’m obsessed with 50’s movies and 50’s movie stars. I also like american college films from the 80’s and 90’s… all those clichés.
I would love to have a chance of, one day, directing a movie or a short film -make my images move. It is a project to come, but who knows. In life if you focus, you can make everything happen.
Later,
Diane