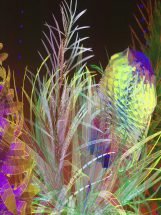 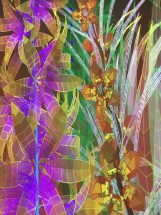 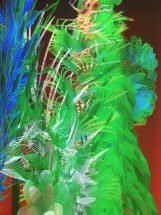 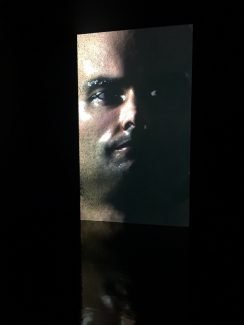 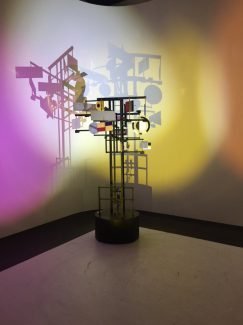 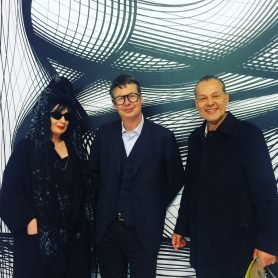 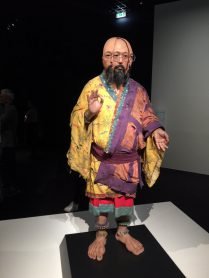 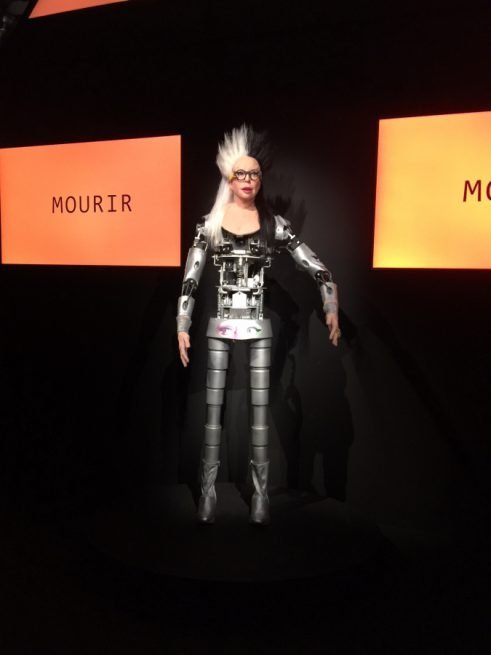 The Grand Palais presented the first ever museum exhibition dedicated to the “artificial imagination” the generic term groups together robotic, generative and algorithmic art. In the first part of the exhibition robots create the artworks: they are visible and operate using bodies or arms that draw, paint or engrave. In the second part the robots are in the realm of the IT and no longer visible, they give works their shape, movement, their generative quality and their ability to interact with the public. The third part, Artificial Intelligence helps us go beyond the limitations of the body with ever increasing expertise.

Artist create artificial systems that could not e created using traditional media. Granted it is 60 years since the first machines for creating art were designed by Nicolas Schoffer in 1956 with Cysp 1 and Meta-matics by Tinguely in 1959. Murakami’s Robot Arhats in 2016 and of course since the earliest days of fiction in antiquity humans have dreamed of artificial creatures who could do the same things humans do but even better at times. “We can say that we are at the dawn of the history of digital art, but the lineage can be traced back much further.”