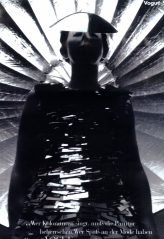 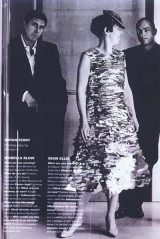 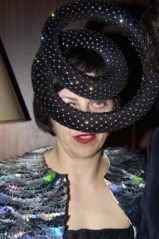 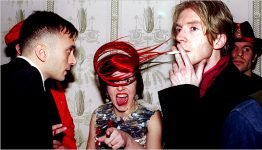 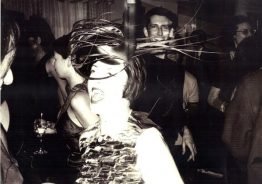 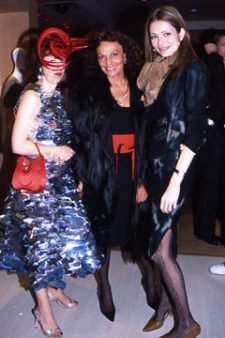 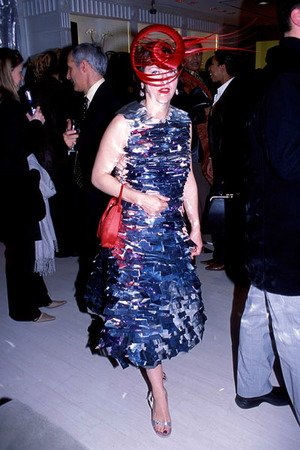 Isabella Blow in the mirror dress and cape. 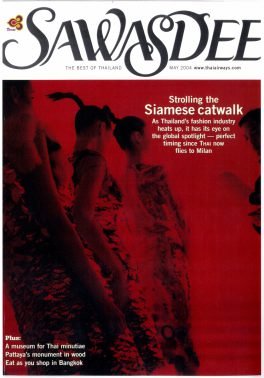 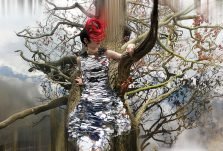 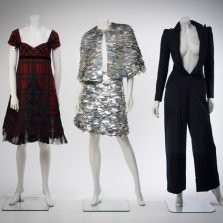 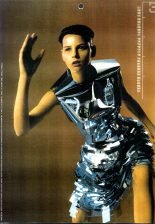 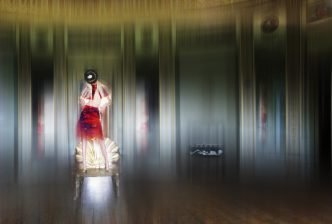 I was in Macedonia for the wedding of KTZ’s Sasko and Marjan and was waiting in the lobby of my boat hotel for my ride to appear and drive me to  the welcome dinner when in walked the designer Teerabul Songvich.  The last time that I’d seen Teerabul was when Disciple Films and I did videos for GWAND a fashion event that took place in  Lucerne, Switzerland in 2002. He was a finalist for the GWAND Fashion Event. We got to talking  and he told me the greatest story about his graduation collection from Central Saint Martins in 1999 and the now famous silver mirror dress which thanks to Isabella Blow appeared in the Sunday Times and the rest is, as they say, history.

“The dress was part of my BA Central Saint Martins graduation collection 1999.   The collection name was  “diamond”  the idea was to tell the story from a black graphite/carbon material( ie. student when they first entered the college)  turned in to a diamond(the student when they were educated and being polished by their education).   The initial dress had a metal frame acting as a crinoline and a silver armour like top (see the Kate Moss picture or the graduation pictures).     The dress took about 3 to 4 weeks to make with the help of 2 or 3 friends who meticulously looped  each of the pieces.    Instead of sewing the silver pieces directly on to the fabric, I built a net base and attached the silver foil to the net by tiny rings. When the wearer moved the light would reflect off of the individual pieces as well as move with the wearer.
A small picture of the dress was featured in The Evening Standard and Deitmar Blow, Isabella’s husband, saw the dress and showed it to Mrs Blow, who was at the time the fashion director of The Sunday Times “Style’ magazine and was working on a shoot with Kate Moss with the Concorde.    She thought it would be perfect for the shoot and called the college and asked me to contact her,  that is how I came to meet Isabella Blow.   I have a vivid memory of the first time that I met her. I was a  nervous student going to her house to show her the dress, when I entered the door, she asked me to wait and put her sunglasses on before delightfully declaring  she needed her sunglasses to look at this shiny mirror dress.    She later bought the dress and asked me to fill the whole dress up in silver pieces.   When I finished it, I delivered it to her at Philip Treacy’s shop on Elizabeth street. She tried  the dress with the frame on and I told her that it was impractical but Philip turned to me and said there was no such thing as  ‘impractical’ for Isabella Blow.  She said that it was the perfect dress for the millennium.  I understood  that she was fond of the dress and wore it a number of times.
I must state that I do not know her, I met her a number of times and she was always kind and nice to me. She gave me a private tour of her quirky house.    I always felt that she was a passionate person, and the one thing that stuck me was, while many  stylists and reporters generally spelt and misprint my Thai name, Isabella always got it right and she always talked about me to other people so that the dress would be properly credited.
When the Isabella Blow Foundation contacted me out of the blue and asked me if I could fix the dress for the coming exhibition ‘Isabella fashion galore’, I was more than delighted and when the dress got back to me it was obvious she had worn it a lot it was missing pieces, the hem was falling apart and there were lots of champagne bubble strains.     When I went to the exhibition, i was surprised that the dress was in the centre of the main room and was selected to be photographed by Nick Knight and one of the two designs that were  selected to be printed as a poster,   for me this was a confirmation to how much she loved the dress.”
Teerabul Songvich 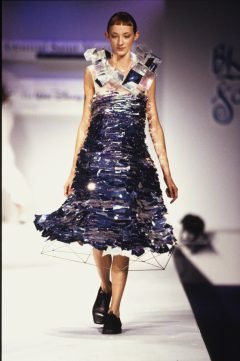 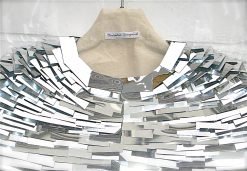 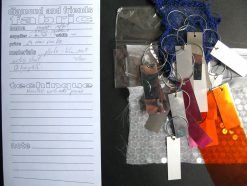 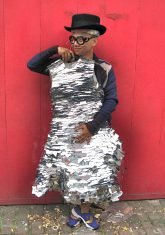 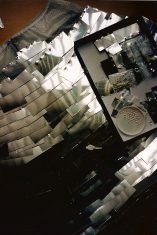 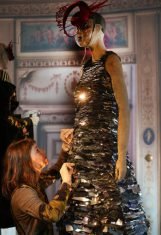 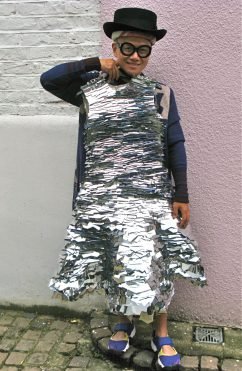 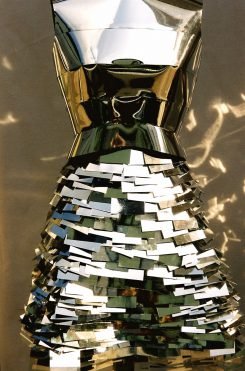