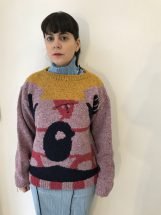 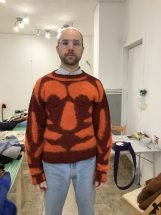 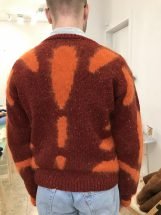 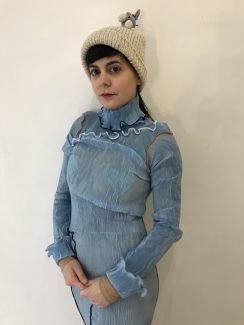 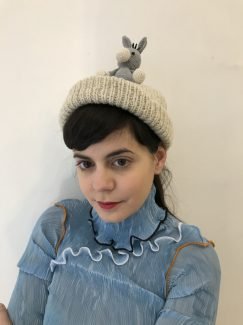 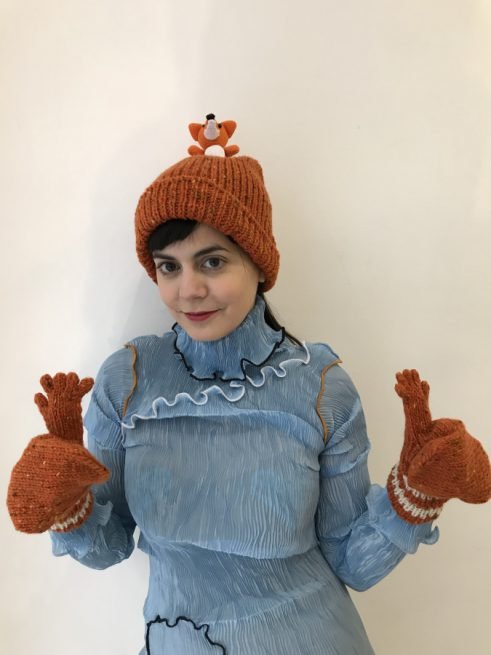 Although this is the first collection by Joost Jansen/Survival of the Fashionest we could hardly call him a new designer as he has years of experience working with the team of Walter Van Beirendonck becoming his first assistant and Production Manager for 8 years. He then moved to Henrik Vibskov where along with other things I think he picked up a Danish accent. After 10 years working for others he decided to launch his own brand which consists of a mono product: hand crafted sweaters. In order to produce his brand in the manner that he wanted to he adopted 250 grandmothers. He’s been working with European knitters to create the finest hand made garments with traditional techniques, meticulous detailing and unique designs. All are handmade from 100% Donegal wool and they all take about two weeks to construct but…they are made to last as long as you. Not only are these keep forever sweaters beautiful, soft and amusing but they arrive in an oversized bon bon box called the Box of Wonders and they also act as storage boxes. Along with the sweaters there are knitted hats with endangered animals and high five knitted gloves. A percentage of the sales with the animals goes to aid the endangered species. All and all that was quite a beautiful way to end Paris fashion week.