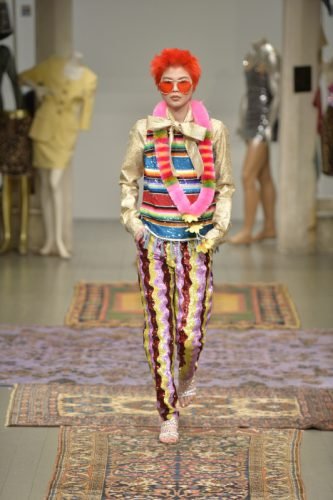 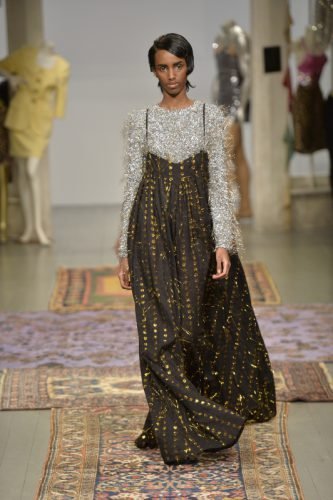 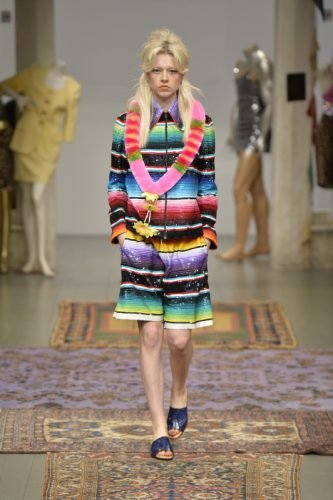 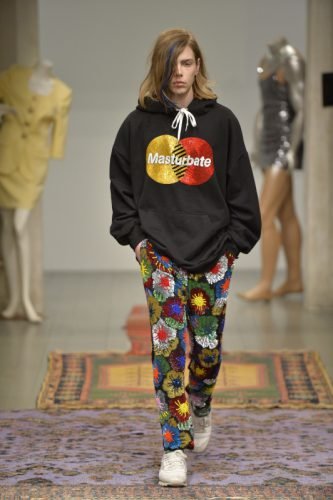 There’s a warmth to Ashish Gupta’s bazaar for the winter to come, that tends to be sorely missed in London no matter the season. This could be Haiti, or Tunis, though it’s most likely the designer’s native Delhi, a nighttime-market set of woven rugs and headless dummies in lit plexiglass boxes. It’s infused with the traces of Western financial imperialism – sequinned sweaters and tees lift the logos of renowned credit cards, spelling instead American Excess, Masturbate and Viva L’Amore – but it’s met with a local sort of buoyance instead of bitterness, the signature joy of Gupta’s brand. The hierarchies of globalization, its highs and lows are crushed into glitter dust. It’s always the boldest designers, Ashish Gupta or say, Jeremy Scott, that dare to take up consumerism as a theme. But others perhaps could be persuaded: it’s a self-referentiality that does their collections many favours, and denotes an awareness of the world outside the luxury bubble that’s always welcome. A champion of runway diversity, the multicultural models in Gupta’s show wear sandals and socks, carry their shopping in plastic bags. He’s waxing poetic from the high-street up, basking as ever in tinselly spume. “Purveyors of fine hand embroidered Fashions since 2001!” proclaims the invite, yet there’s something distinctly 60s about these looks, the bell bottoms and dungarees, the pantsuits and minis. Flower Power and Brigitte Bardot, and the freeform hedonism we’ve only ever heard so much about. Ashish won’t bring it back on its own, but a wardrobe change might be indeed the start of something new. 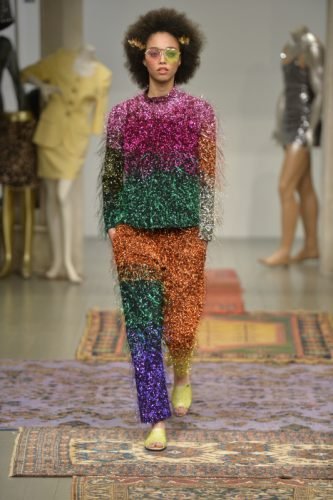 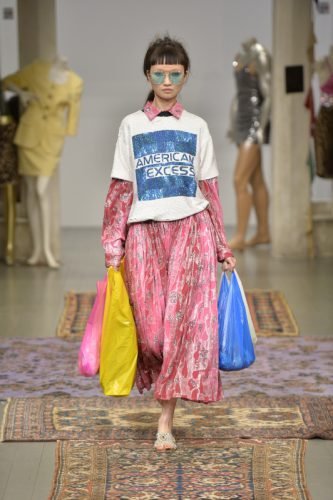 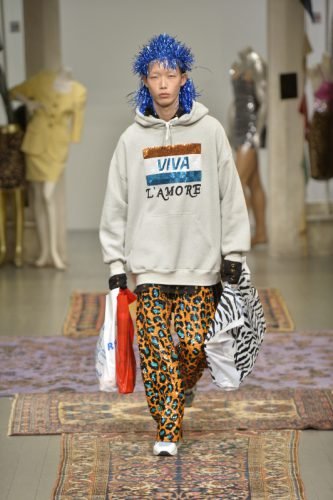 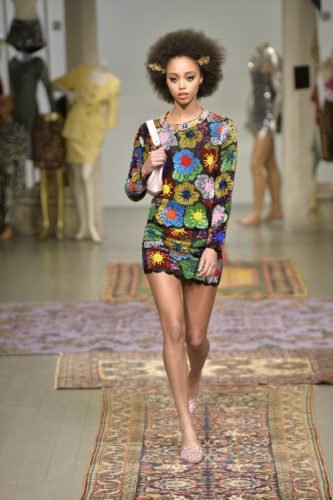 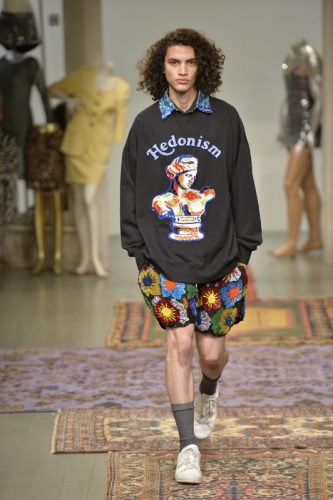 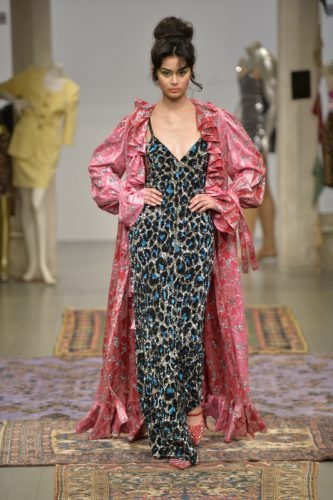