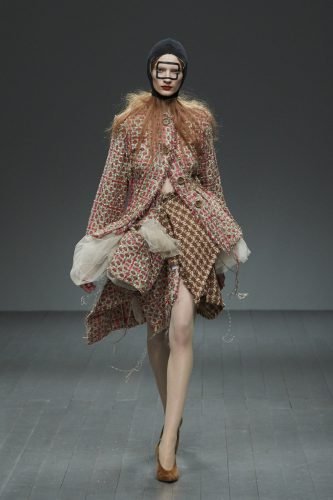 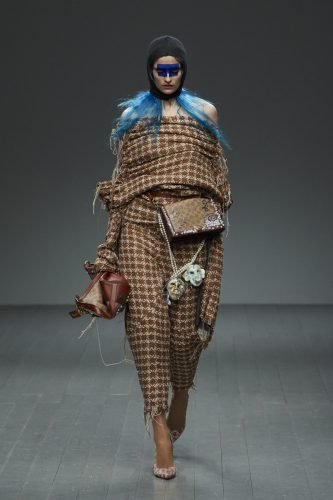 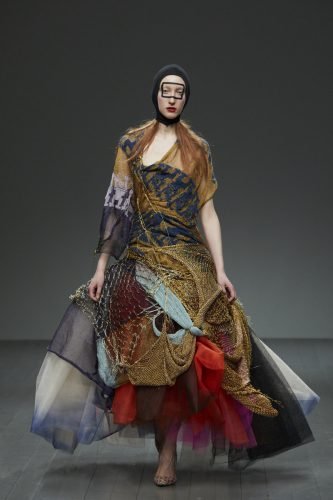 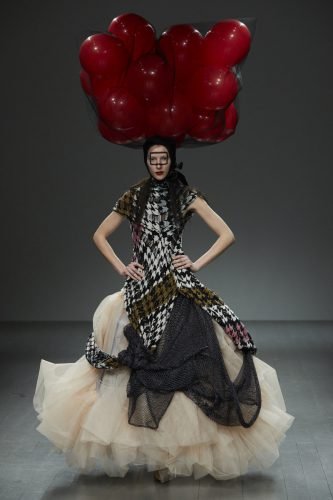 If it is indeed true that troubled times birth creativity, Britain in the throes of Brexit will be the place. Blame it on the housing crisis and the capital’s corporate takeover, or this generalised sense of impending doom – but the young designer at London Fashion Week we’ve heard the most about, and about whom we’re destined to hear much more, still lives with his parents in York. It may be for this reason that Matty Bovan’s collections affect us so: ancestral and outlandish, they radiate personal history, come from somewhere almost familiar, but just about distant enough from the smoky metropolis to tease our sense of the uncanny. Fall 2018, titled ‘vigilamus’ from the Latin ‘we remain awake at night’, is according to the show notes inspired by the “feelings of romance and isolation” stirred by “the North Yorkshire Moors at dusk”. There are echoes to it of time condensed, woven through with legends. It calls to mind the real story of Captain Dorothy Dawson, who in 1607 led an anti-enclosure riot of thirty-seven women at Thorpe Moor. There’s the fleshy tweeds of Bovan’s late grandmother’s suits, but cut raw, the fake furs set to recall roadkill, war paint worthy of Jarman’s Jubilee. It’s a post-apocalyptic pageantry we’ve come to associate with Bovan’s work over his three seasons in the Fashion East lineup, but pushed forth for his first solo show into a newfound rugged elegance: strings of pearls, Coach’s monogrammed handbags. Full gowns stuffed with tulle build a matriarchal volume, an hourglass vo-luminosity of amplified hips and planetary, cloud-like headgear courtesy of Stephen Jones, made out of balloons wrapped in tulle. The craftiness of the designer’s approach gives him justice – when luxury as wastefulness begins to sicken instead of awe, we turn towards examples of an extraordinary use of ordinary resources. These are Matty Bovan’s collections, handmade to the bone. The great house of Westwood take note. 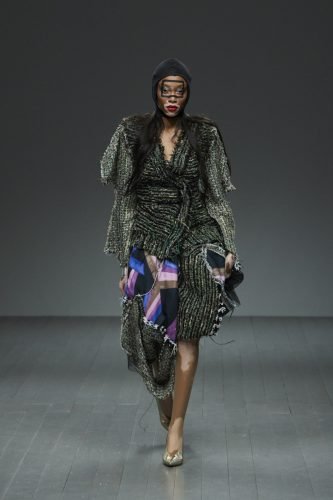 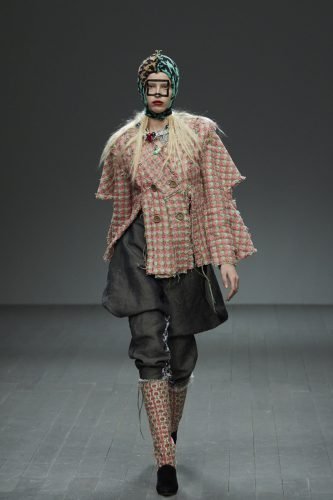 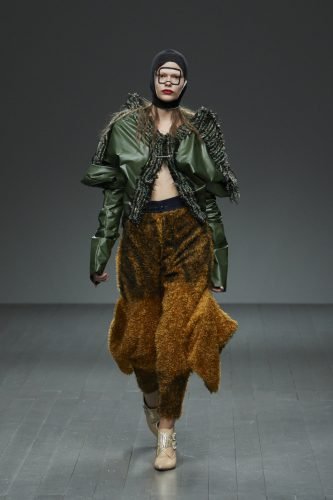 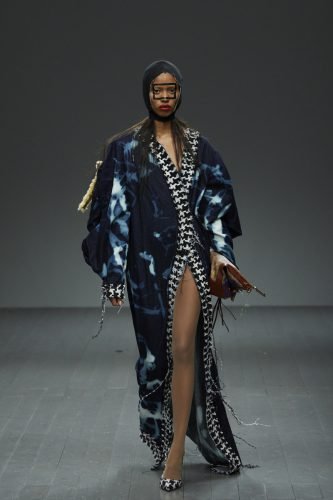 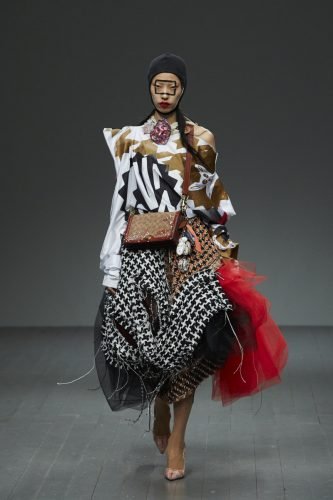 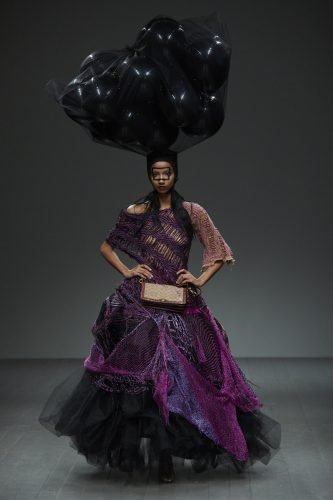