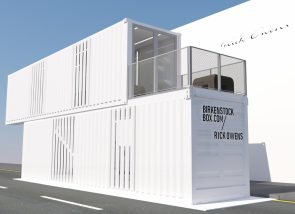 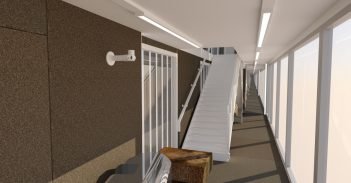 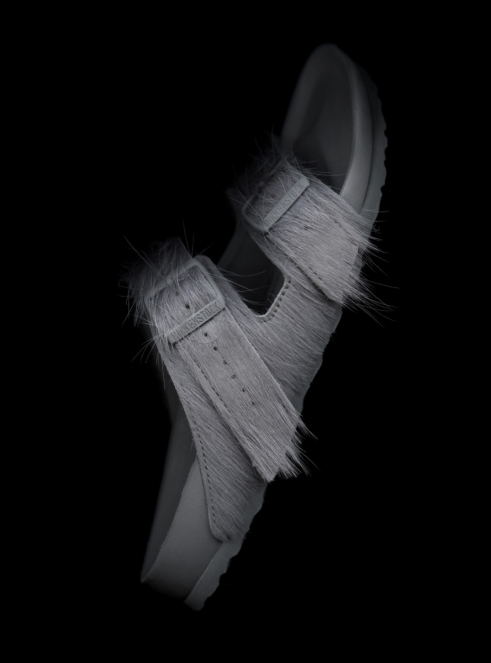 Rick Owens does Birkenstock like its never been done before, and what a clever way to present the new BIRKENSTOCK BOX.COM/RICK OWENS collaboration. Architects Pierre Jorge Gonzalez and Judith Haase transformed a freight container into a walk-in space that is going to tour retail shops worldwide. The travelling BIRKENSTOCK BOX will be a temporary urban space creating a synergy between artists, retailers and customers and who can do it better than California born/Paris based, Rick Owens?