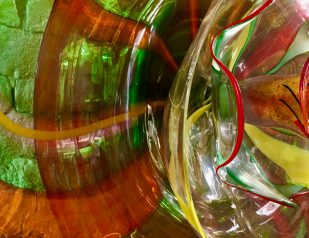 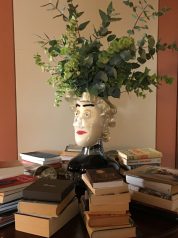 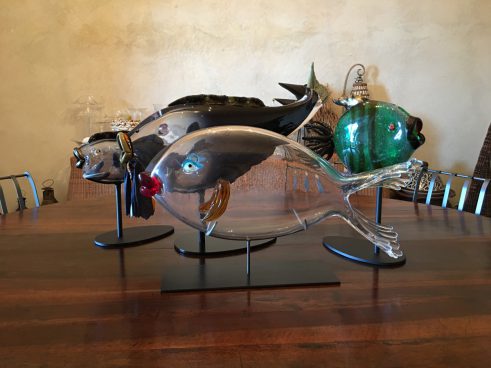 So, who is Mr. FLOWERheadZ? A photographer by profession focused on portraiture with a particular interest in the peculiarities of the human form, and his glass creations draw inspiration from this vocation.

Findletar aka Mr. FLOWERheadZ was born in Jamaica, trained in NYC and based in Milan. He expresses himself with Murano glass. His faces show the futility of racial barriers highlighting the similarities that exist between humans all around the world.

The practice of colouring glass using metal oxides and forming it exclusively by flame  comes from a Roman tradition.