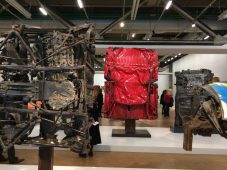 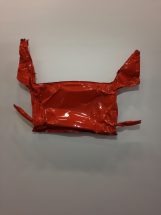 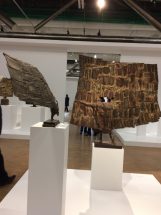 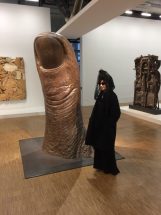 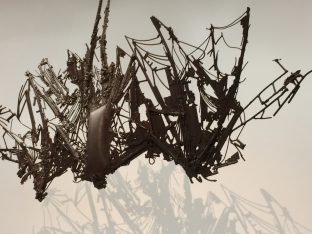 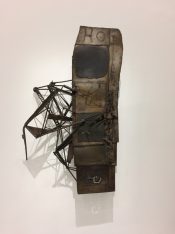 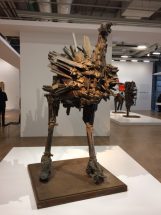 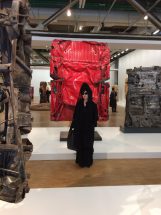 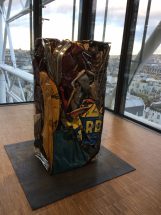 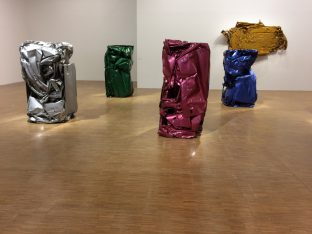 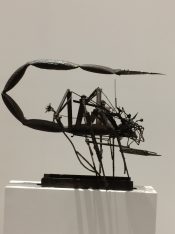 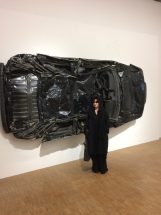 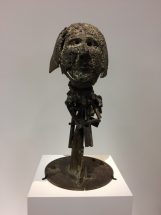 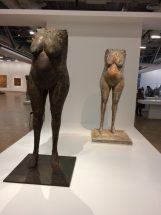 Cesar is one of the most celebrated French artists. He died over 20 years ago and his work went between Classicism and Modernism and was declared as the heir of Picasso, Gonzalez and Giacometti and one of the most radical sculptural innovators of the 20th century. He exchanged the traditional tools of the sculptor for the welding torch first with the Welded Irons, human or animal figures built up from small pieces of scrap.

In the early sixties he used a hydraulic press to create his Compressions, in which various objects were crushed and reduced to a simple geometric form. These were followed by the Human Imprints, enlargements   of casts of fragmentary parts of the human body – his own thumb, a dancer’s breast – the Expansions in polyurethane foam and the Envelopments, with everyday objects wrapped in Plexiglas. The ‘uncontrolled’ compressions became ‘controlled’ and colour was introduced. .