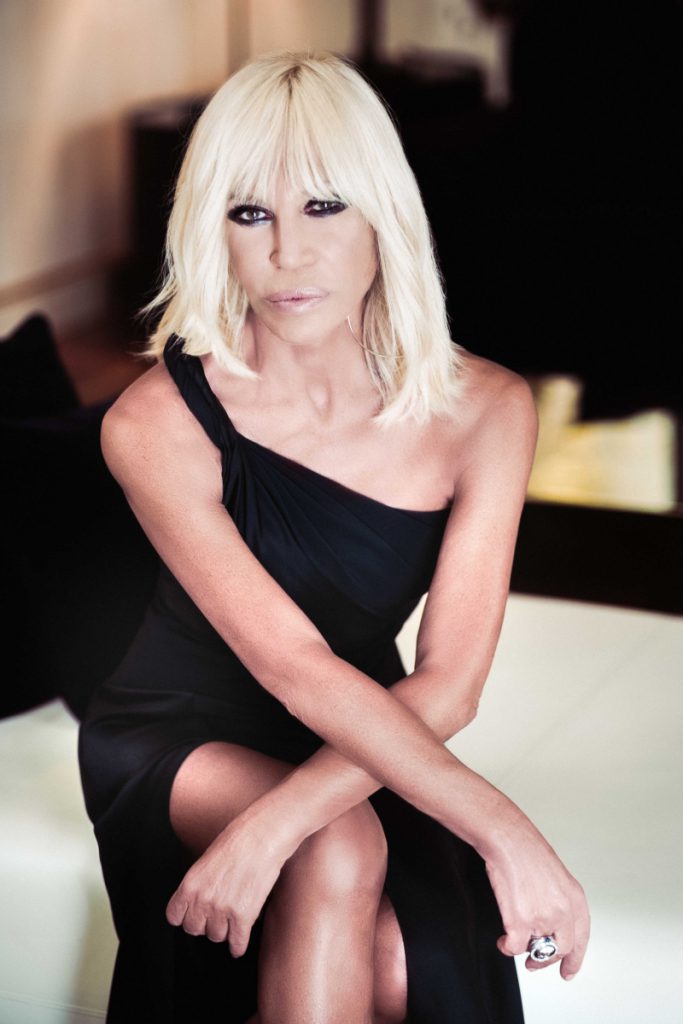 The British Fashion Council announced that Donatella Versace will receive the Fashion Icon Award at the Fashion Awards 2017 in partnership with Swarovski on Monday December 4th.

“The Fashion Icon Award celebrates the creativity and innovation, glamour and power of Versace and recognises both the incredible fashion legacy of Gianni Versace and the role Donatella Versace has played in maintaining the iconic brand her brother created as well as supporting, mentoring and championing many young British designers and young designers around the world. December 2017 is also a very significant moment in time for Versace as it marks the end of a year of remembrance and tribute to Gianni’s 20-year legacy and thecelebration of Donatella Versace’s 20th year at the helm.

Donatella Versace’s career started by her brother Gianni’s side as his right hand and inspiration, as his challenger and his champion and as the Creative Director of Versus. Whilst Gianni was reinventing the codes of fashion and defining the imagery in fashion for the 90’s, it was Donatella who brought celebrity into the house and into the iconic advertising campaigns. Following the untimely passing of her brother, Donatella took up the role of Artistic Director for the brand in 1997 and has since been responsible for countless cultural moments that have shaped the fashion world we know today. Known for her creative brilliance and artistic vision, Donatella has not only gained recognition through her creative direction for Versace, but also through her endless support and encouragement of emerging design talent. In 2010 Versace launched the Central Saint Martins 20:20 Fashion Fund and most recently announced the Gianni Versace Scholarship. Donatella has also collaborated with some of the leading new talent in the UK including Christopher Kane, Jonathan Anderson and Michael Halpern. Donatella exemplifies support of young people, which has contributed to her status as an icon to the global fashion industry.  For those that know her she is kind, generous, funny, focussed and inspiring.

Born in Calabria, Italy and raised by her dressmaker mother, father and two older brothers, Donatella was primarily influenced by her brother’s passion for fashion. Founded by Gianni Versace in 1978, the brand first opened its doors in Milan showing both men’s and womenswear. Gianni’s genius in design made the brand internationally renowned for its innovative materials, ultra-glamourous design, iconic patterns and revolutionary menswear. The iconic Medusa heads, the invention of metal mesh and advertising campaigns shot by Richard Avedon and Bruce Weber featuring the likes of Naomi Campbell and Linda Evangelista further defined the ‘90s and turned Versace into an international symbol of luxury and glamour.”

Donatella Versace, Artistic Director Versace commented “I am truly honoured to be collecting the Fashion Icon Award at The Fashion Awards 2017. For 40 years my brother and I have done what we love and that is a legacy I am honoured to continue and uphold. We have celebrated empowerment, joy and of course glamour. We have championed a community of people who share our values and together with them have created truly iconic images in the world of fashion. I am truly humbled by how Versace has been embraced across the decades, across the world and across the generations. Thank you to the industry for your support of us, thank you to my team for their loyalty and incredibly hard work, thank you to my family and friends who have supported me more than they can know and thank you to the genius that was my brother Gianni. His incredible spirit is in everything we do and everything we stand for.”

Dame Natalie Massenet, Chairman British Fashion Council commented: “Donatella Versace is an exemplary woman and designer who has shaped the global fashion industry with her vision for Versace. She has shown incredible strength and dedication to the industry and has continued her brother’s legacy through her remarkable work. What I admire the most about her is her ability to make women look and feel powerful. I could not imagine a better recipient of this award, especially as this year marks such an important date for Versace.”