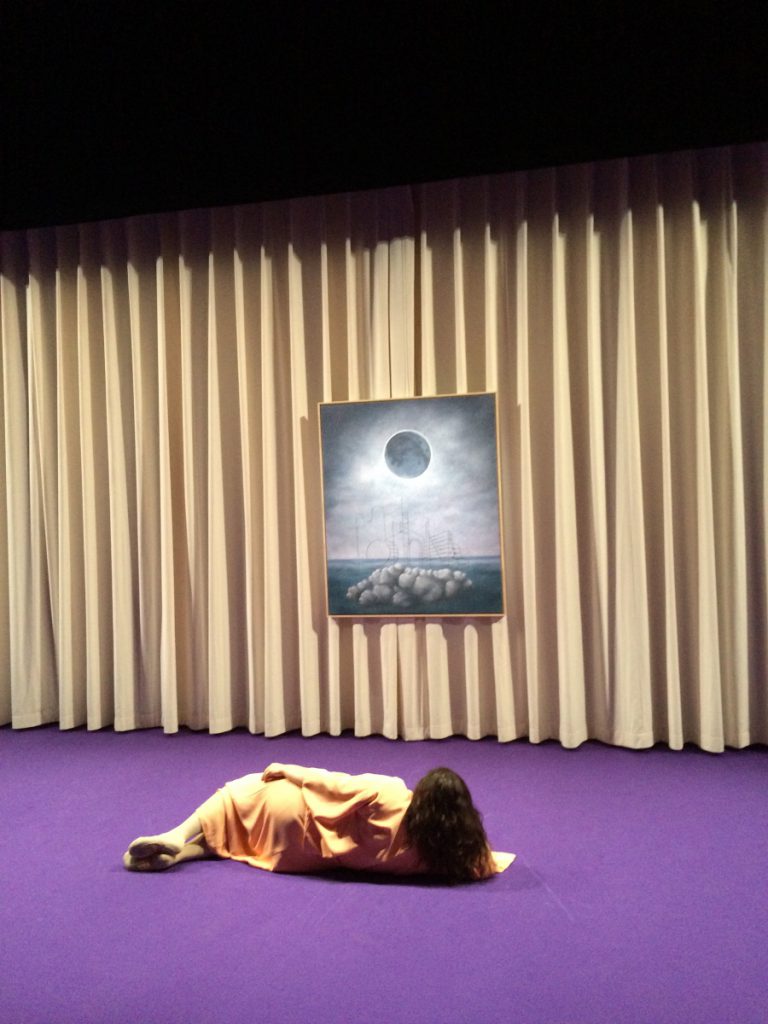 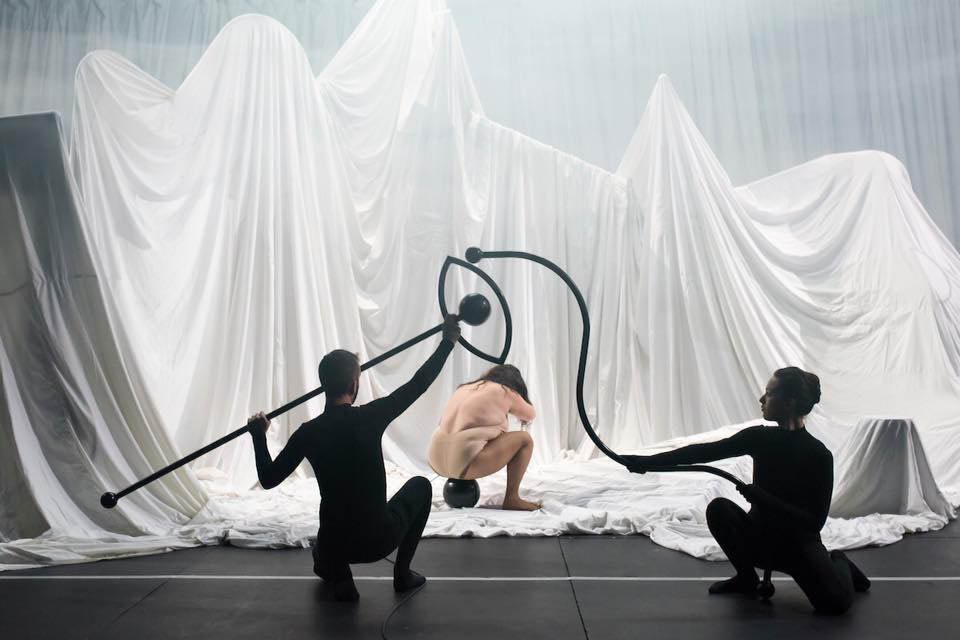 If you did not attend La Fille Du Collectionneur, you missed it as the last performance was yesterday and it was WONDERFUL. Concept was by Theo Mercier and Florent Jacob, the fantastic sculptures were by Theo Mercier and Arthur Hoffner and directed by Theo Mercier. Hard to define this production but essentially it was a pretext for meeting someone who is absent. The beginning of the performance has the protagonist, the daughter of the collector, Marlene Saldana, looking nude and taking  poses reflecting multiple lost objects, she is fantastic and you are immediately pulled into this surrealistic scenario. All of the performers are outstanding and limber beyond belief, the sets are perfection and in the end what is revealed is how emptiness is filled by memories and they are extraordinary.