I was delighted to visit the area dedicated to a selection of talented Belgian designers at the WHITE tradeshow in Milan. For the third time, Wallonie-Bruxelles Design Mode -also known as WBDM- supports and nurtures womenswear brands, as well as accessory lines, by showcasing them during Milan Fashion Week, not only giving them an international visibility, but also increasing their chances to grow their market. Despite its modest size, Belgium has been a haven for fashionable minds for several decades, helping new talent to grow and develop. Belgian designers stand out for their humility, belief in craftsmanship, individualistic streak and realistic attitude towards clothing. This pragmatic approach has made Belgian fashion attractive worldwide, and it’s not about to change. This season, Gioia Seghers, Annemie Verbeke, Moutton colleT, My Bob and Passerin are the five brands selected by WBDM for the fair, which keeps attracting press and buyers from every corner of the globe. It was inspiring -and also comforting- to see such brands keep their voices intact within a very busy fair. The climate may be tough at the moment, there will nevertheless always be a niche for independent designers, crafting intelligent and beautifully made items.

You can check out their collections at WHITE, Superstudio Più, Via Tortona 27 in Milan until tomorrow evening, in an area fitted with pieces of furniture by the likes of ABV and Alain Berteau. 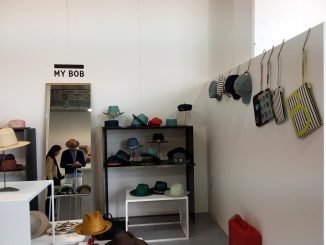 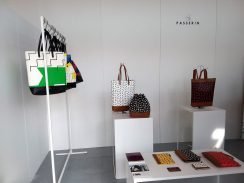 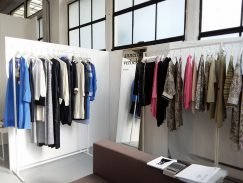