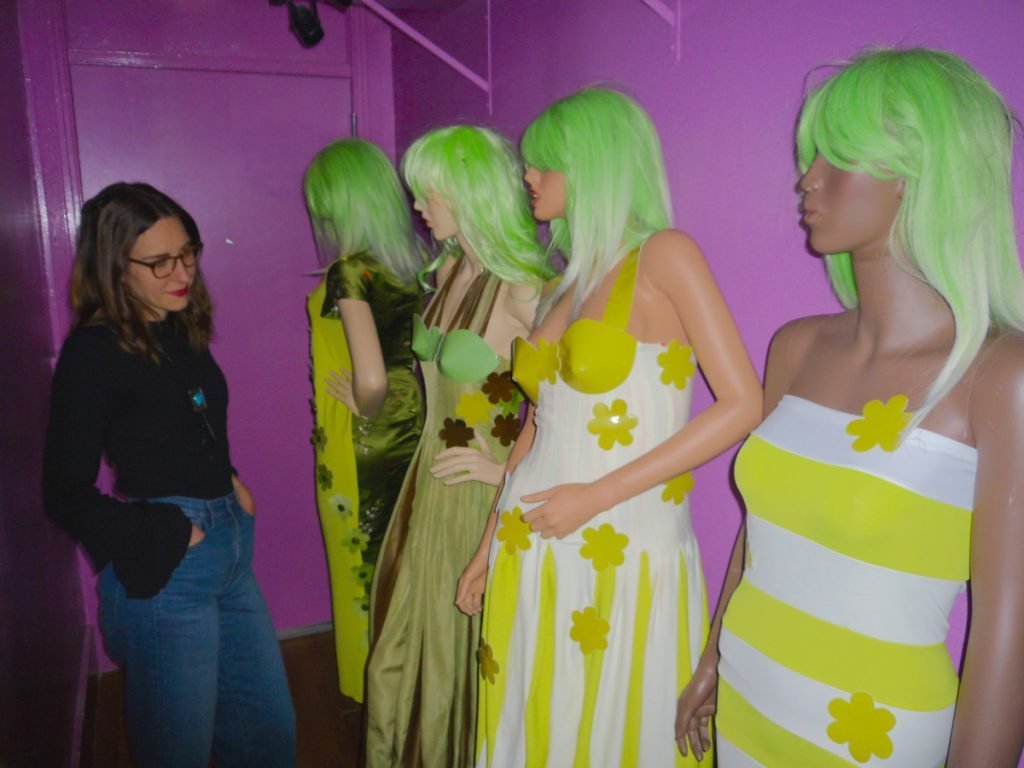 From the Chelsea Hotel to Le Méridien Hotel in Vienna….I attended Nile Cmylo’s New York Fashion presentation in her studio the night before I jetted off to MQ Vienna Fashion Week. Here are the highlights + my interview with Nile, conducted while I was flying over Spain…. 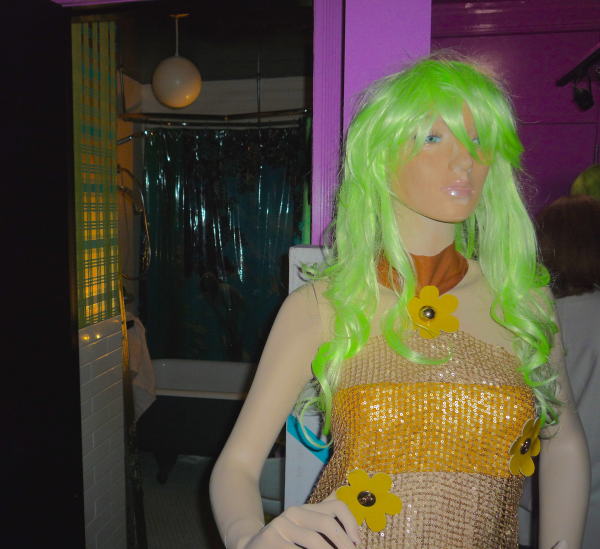 “Now feels like a scary version of the political unrest of the 1960s. Mod fashion feels like a happy antidote to impending fascism. Our so-called president mimics Nixon (but on steroids) and I find relief in my happy place of late 60’s optimism. The flower-power flower when taken seriously as embellishment invokes Mary Quant,” explains Nile.

“Chartreuse patent leather is delicious and was firm enough to create bra cups that lended real structure, support and design—cups joined by a flower as a playful nod to the typical brassiere detail. These patent bras topped pleated long dresses, manipulating stripes and the fabric to create solid coloring is something I’ve always explored with stripes and plaids as well.” 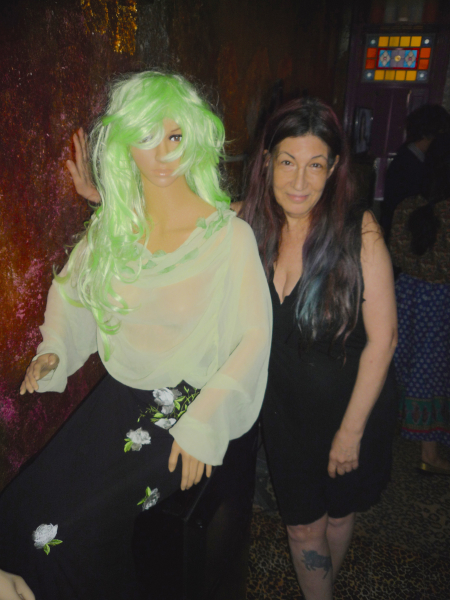 “The Asian inspired dress seemed like a natural silhouette to play with the flowers in the ombre-ed patent. The shorter dresses can be dressed up or down and I love the color control of sewing my own stripes. The gold short dress overlays leather hot pants and a bandeau and was inspired by my dread of removing the real Pucci tights from my mannequin.” 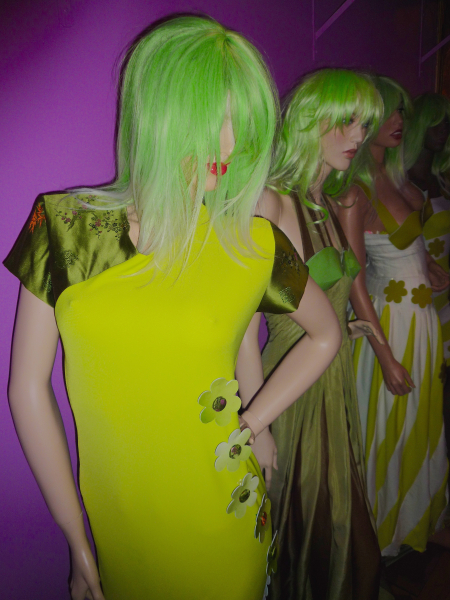 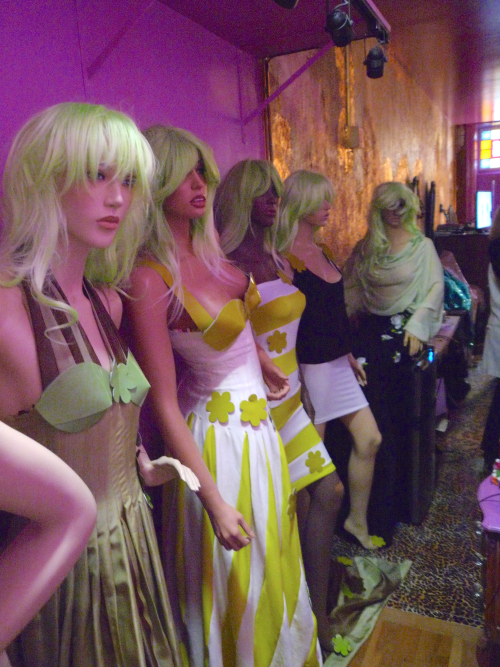 “Now feels like a scary version of the political unrest of the 1960s. Mod fashion feels like a happy antidote to impending fascism.” —Nile Cmylo 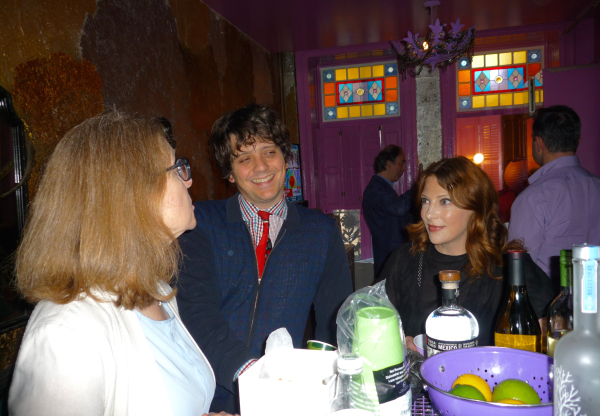 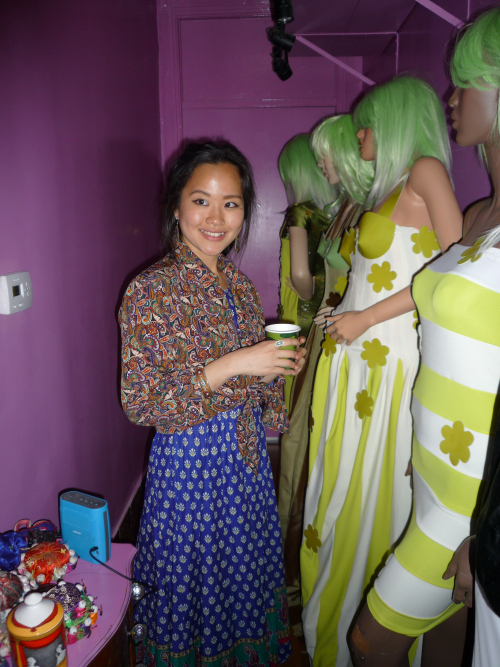 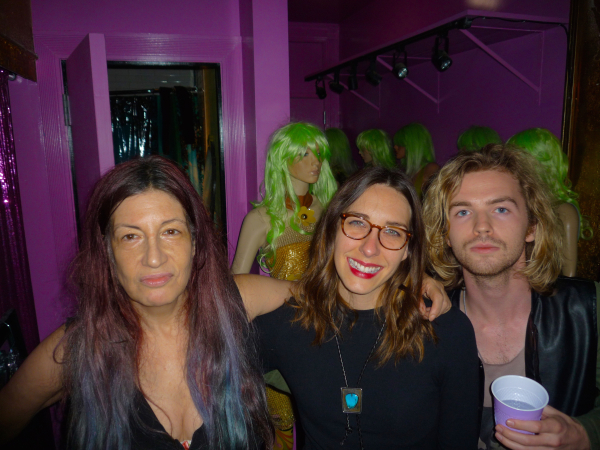 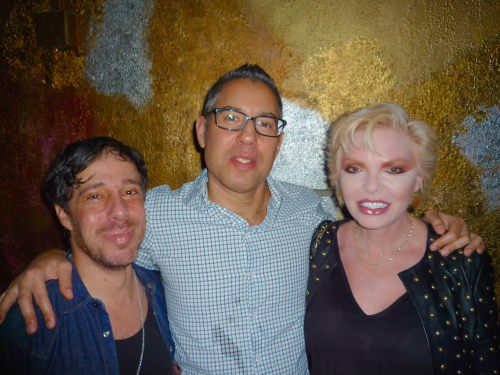 Mark, me and Snoogy. I’m sporting a night-clubby cocktail spill, courtesy of Snoogy’s arrival at the soirée. 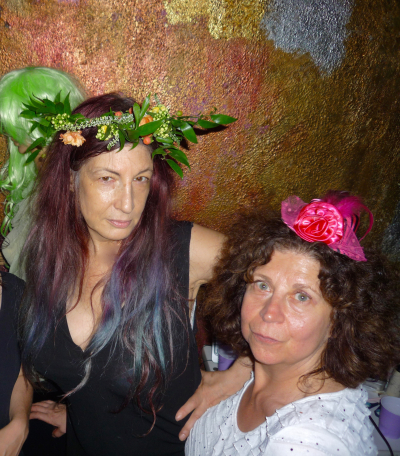 Nile and her friend Joan, a psychic. Joan arrived at the party BYOCS: Bring Your Own Chicken Soup. I loved her look because she reminded me of one of the guests at the birthday party Burgess Meredith gave for his cat in the scary 1977 film The Sentinel. 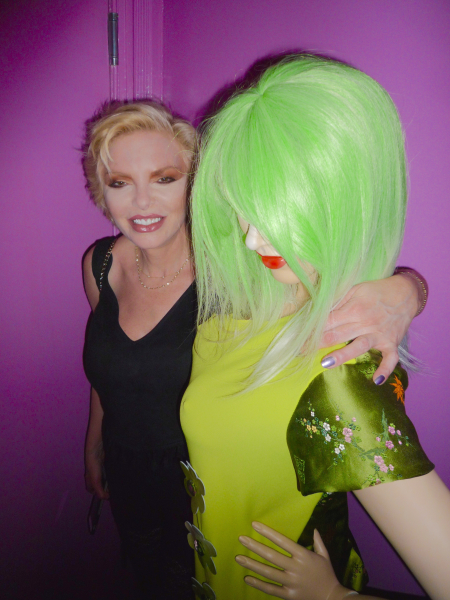 Snoogy and the Marilyn Monroe mannequin. 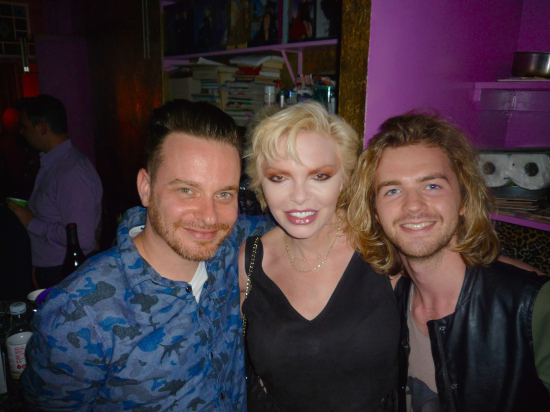 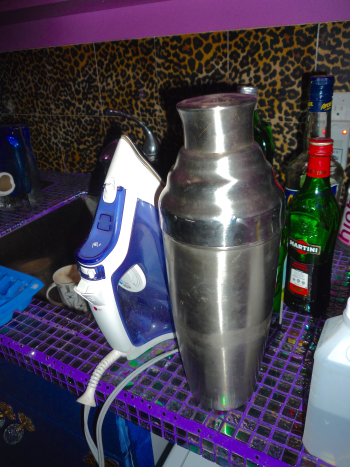 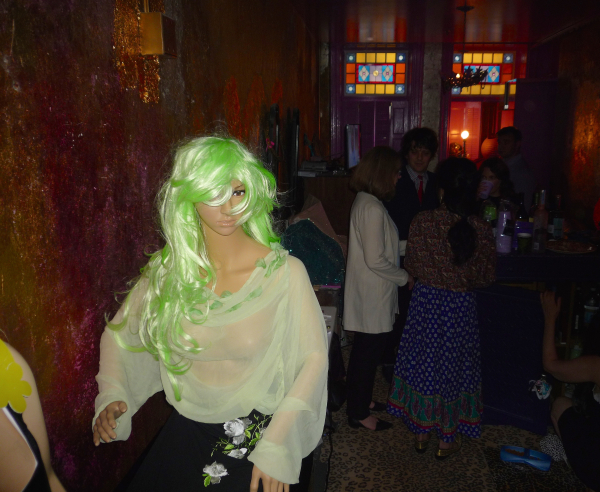