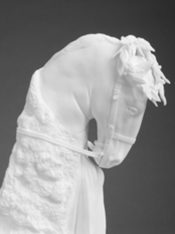 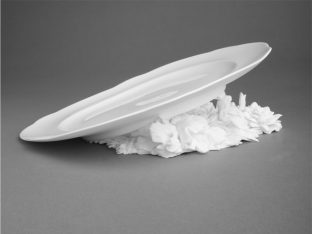 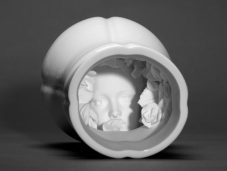 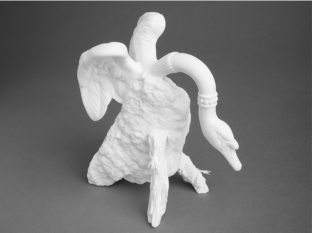 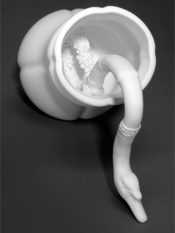 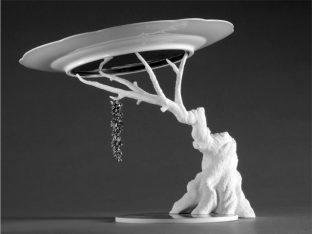 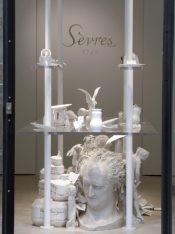 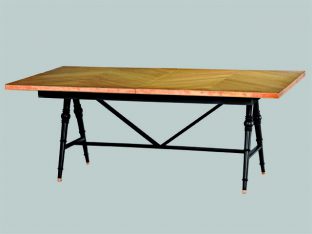 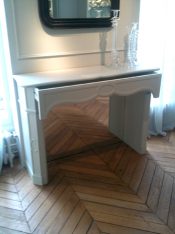 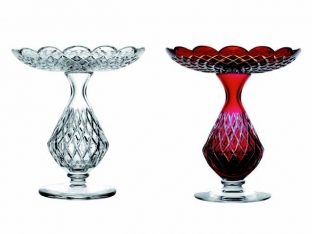 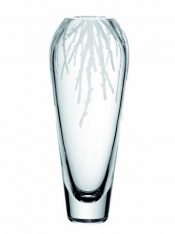 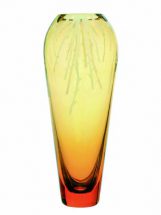 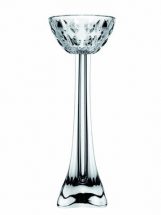 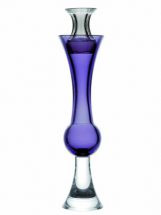 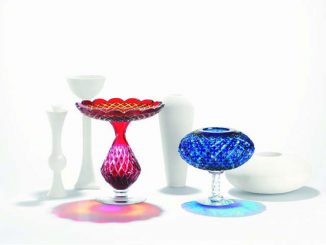 My first introduction to the multi-disciplinarian, Jose Levy, was back in the early 90’s. I had only been living in Paris for a few years when I went to see his menswear presentation at Peter Brook’s Theatre Bouffes du Nord. The contrast of his brightly coloured menswear with the dilapidated Palace is an image that still sticks in my mind.

I made these low fi videos in the Palais Royal the other day. Levy does so many things it is impossible to put him in a box…unless of course he designed it. He has and has had so many projects that I don’t even know where to begin. A favourite of mine and, I think of his too, is the one he did with the Porcelain for Sevres. He called it Moss de Sevres and the reference is when something is forgotten in the garden it develops moss. He found a plate, a vase and some rocks. Each piece that he created was unique, there are no moulds and what started out as a project for 18 pieces turned into 36 pieces and the work spanned across one year. Whatever the project Levy throws himself into it and always wants to do more. He says if you have worked in the fashion world, which he did for 13 years, then there is nothing that you cannot do. The pace of constantly creating collections runs at a far higher speed than any other project since. Levy is fascinated by hidden details. Like the face of Napoleon inside a porcelain object. Each object has its own story to tell and if you pick up on it, great, and if not it really doesn’t matter to him. Above you can see some of the objects.

Another project that he enjoyed was working with crystal for Saint Louis. He was approached by them to create a small capsule collection but of course it extended far beyond the original number of pieces. Some crystal objects could be used as glasses, or candle stick holders or a shaving mug, it is up to the user to determine how he/she envisions the object. Levy also does not mind if you find the pieces very classical or not classical at all. Essentially what he’s all about is story telling be it in porcelain, crystal, or even a tatami mat made out of paper rather than straw.

Levy has designed furniture with Roche-Bobois, a table that looks like a door over some metal legs reminding you of something temporary but the table top cannot be lifted off. He is currently working on a project with Lexon making all kinds of electronic devices including lighting, speaker systems, watches, no end to what this man can design.

He’s also spent time in India and Kyoto doing residencies and workshops with children and teenagers. He has many other works in progress that I cannot tell you about just yet. Click on the links and let him tell you a little more.