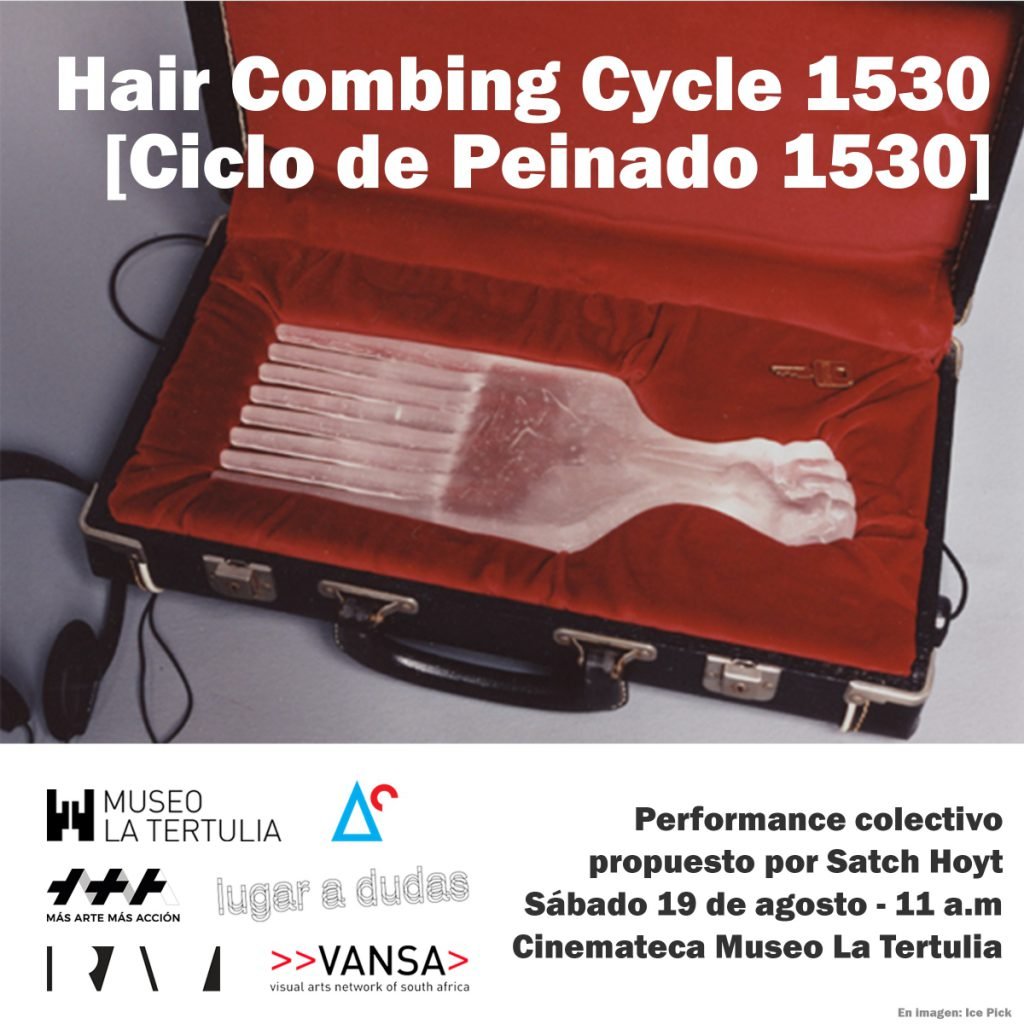 My friend Satch Hoyt is in Cali Colombia doing a short residency at the invitation of RAW Material,

of the Colombian population.

FYI 1530 is the date of the first Colombian slave revolt Satch has invited 15 Afro Colombian women to participate in tomorrows performance. .

He had his first rehearsal yesterday” i’m very excited it will be the first black female performance in a Colombian Museum.”

Hair Combing Cycle Performance is on the Prospect 4 agenda  in NOLA.