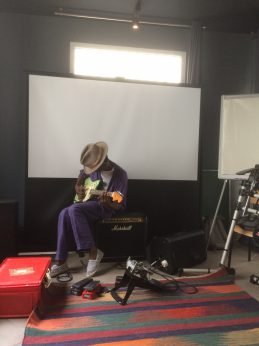 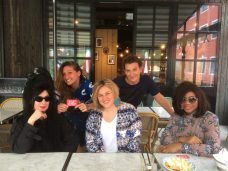 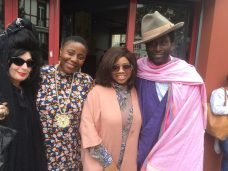 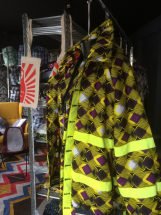 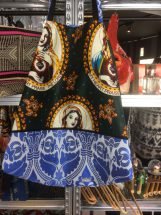 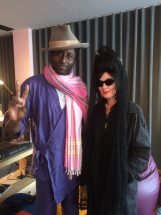 Today I went to the MOB Hotel in Saint Ouen to discuss a new collaboration with casa geracao 93. More on that later. After a meeting with team casa geracao 93 Lamine Kouyate, aka Xuly Bet,  held an opening for  his new boutique which is housed in the MOB Hotel. Lamine and Keziah Jones have been friends for a few decades and it just so happened that Keziah returned last night from his three month tour and was happy to join in the celebration by jamming with Lamine and his musicians. I wish I’d had more battery as everything Keziah  said while waiting for the tech problems to be sorted out was so entertaining and of course so was his music. He also gave us a lesson in African culture which was hysterical.

I remember back in 1989 or 90 Keziah Jones was singing in the metro and playing in front of cafes when he was discovered by my friend Philippe Cohen Solal.  Below Keziah  shows his moves when he first came to Paris and of course how he tells how he met Philippe Cohen Solal who transformed his life.

Oh, yes, another treat was Nicole Slack Jones performed with Keziah  Jones, she is off to New Orleans in another 24 hours.

Well, that was today at the MOB Hotel in Saint Ouen.