Teaming up as a design collective while studying in fashion school and to become a united force, could lead designers after graduating into immediate developments.

In some cases, faster and more effectively so, than compared to what those vague networks social media can offer you when just holding a diploma and nothing else than no experience and vulnerability.

The collective RE by RECONSTRUCT made it to exist, and their second exposure at Amsterdam Fashion Week was superbly executed with an obsessive anti-plain product performance. Very loyal as a follow up to their first appearance last January, and giving again the viewer a professional guarantee – they are not joking on the runway – instead; showing to stay.

Guarded by a black hooded army – as a choreographic effect – the models sent a hint of confidential distance while updating those who think that young designers cannot deliver elaborated mature constructions: they absolutely did. Last January, I tried-on a burgundy velvet bomber backstage and did not feel any different from those Y/Project’s or Off-white’s ones. Rich, sturdy, wearable, and above all: real. This time, I was tempted to try-on their Chuck Taylor couture corset, but I missed adventurousness myself.

The best collective show (let’s exclude duos here) at Amsterdam Fashion Week for SS18, did not think simple when bringing the rough streets into your wardrobe: cut-out suits, cropped hoodies, and the fresh asymmetric shirts. Bands and straps here and there, as if you are entering a collective sport match somewhere downtown, a powerful one.

In the end, it all seemed reversible, no matter if it was hand-drawn or computer animated; it was still real. 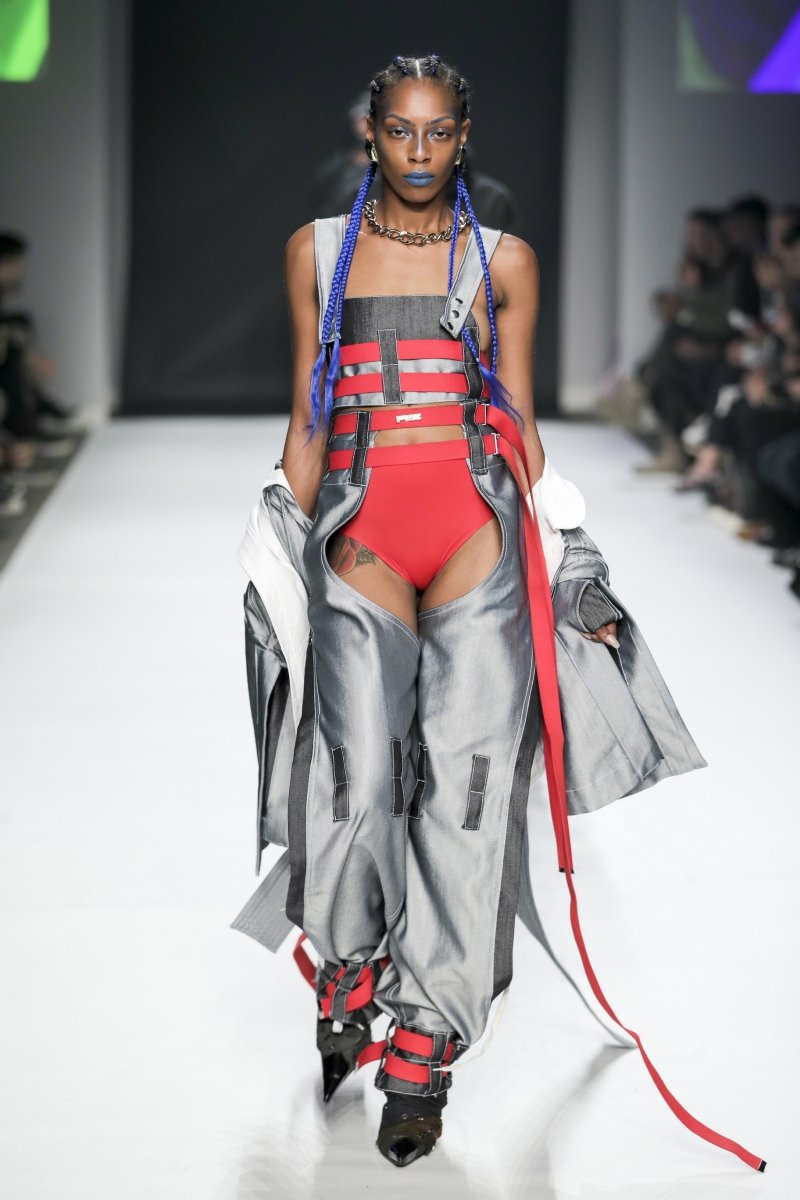 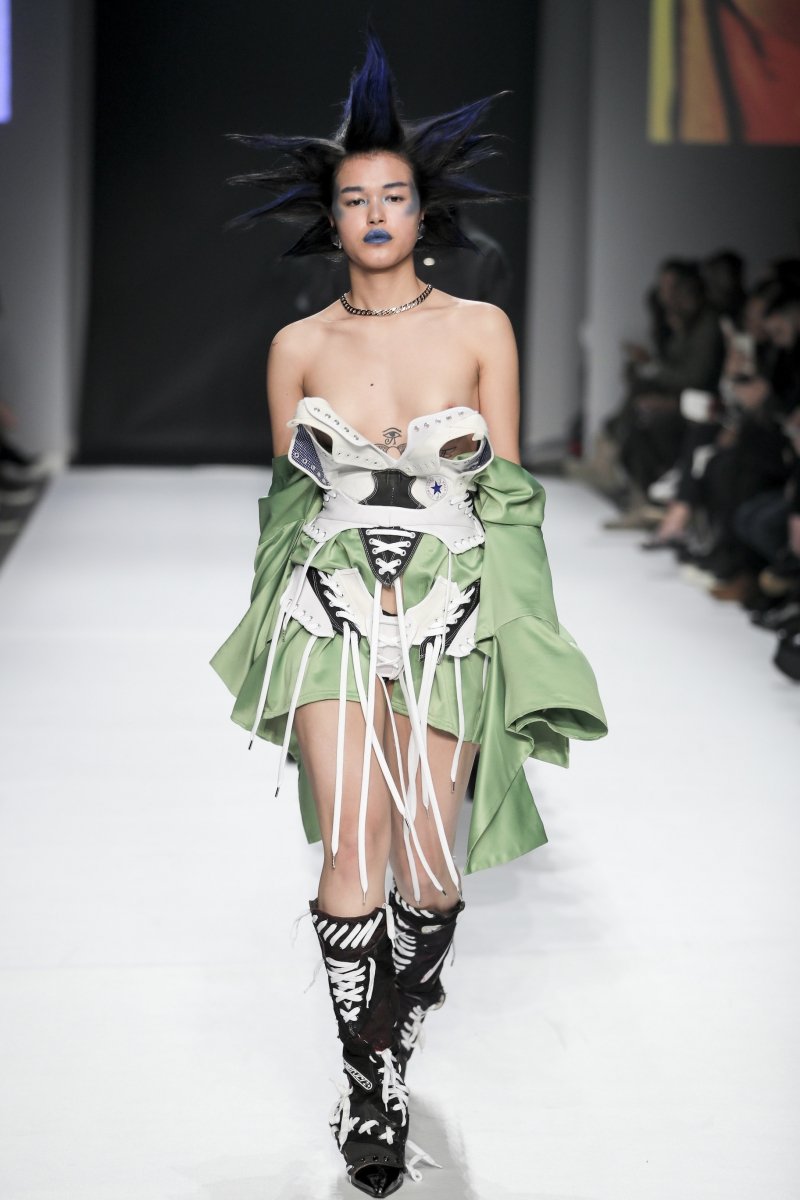 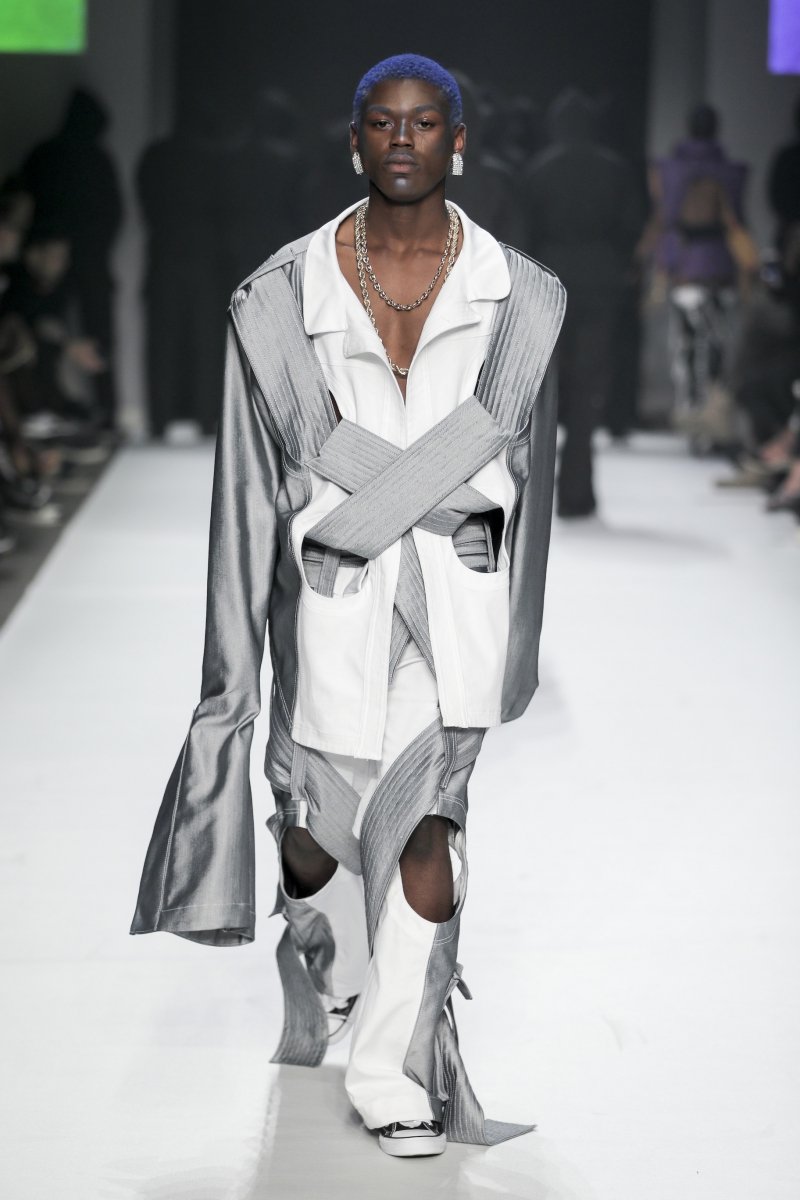 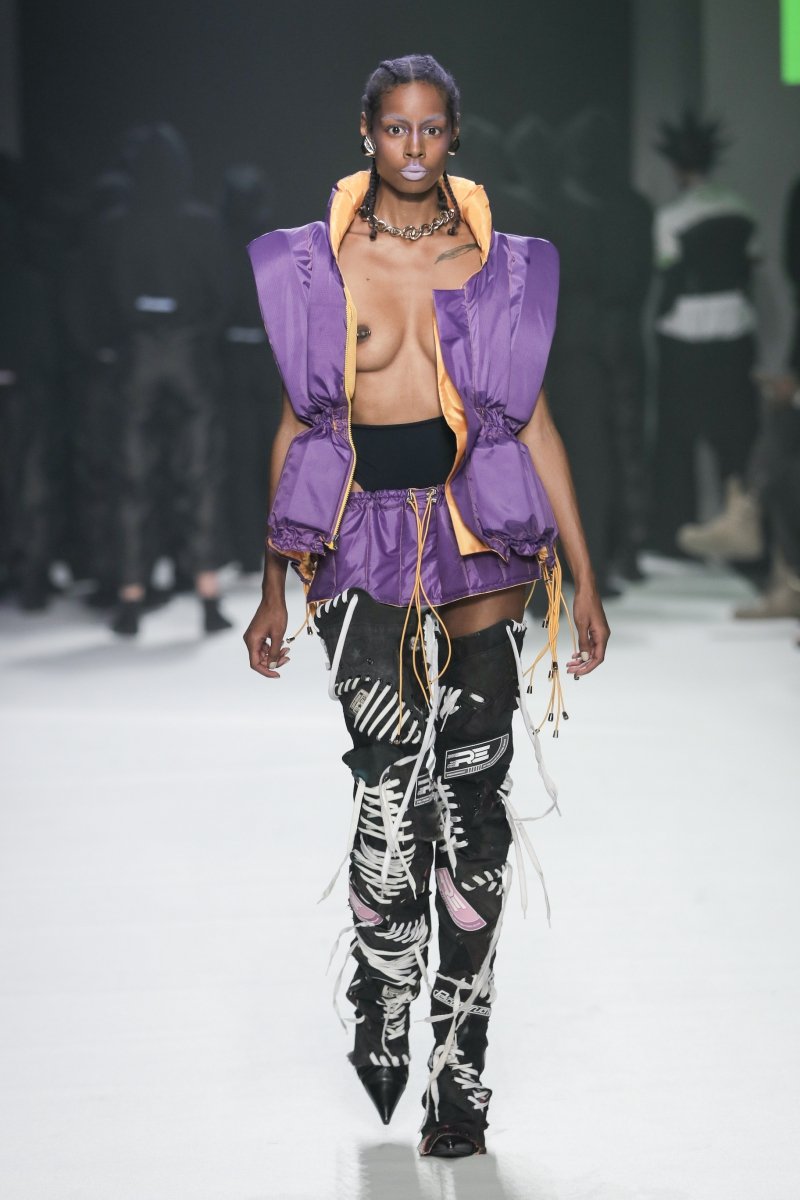 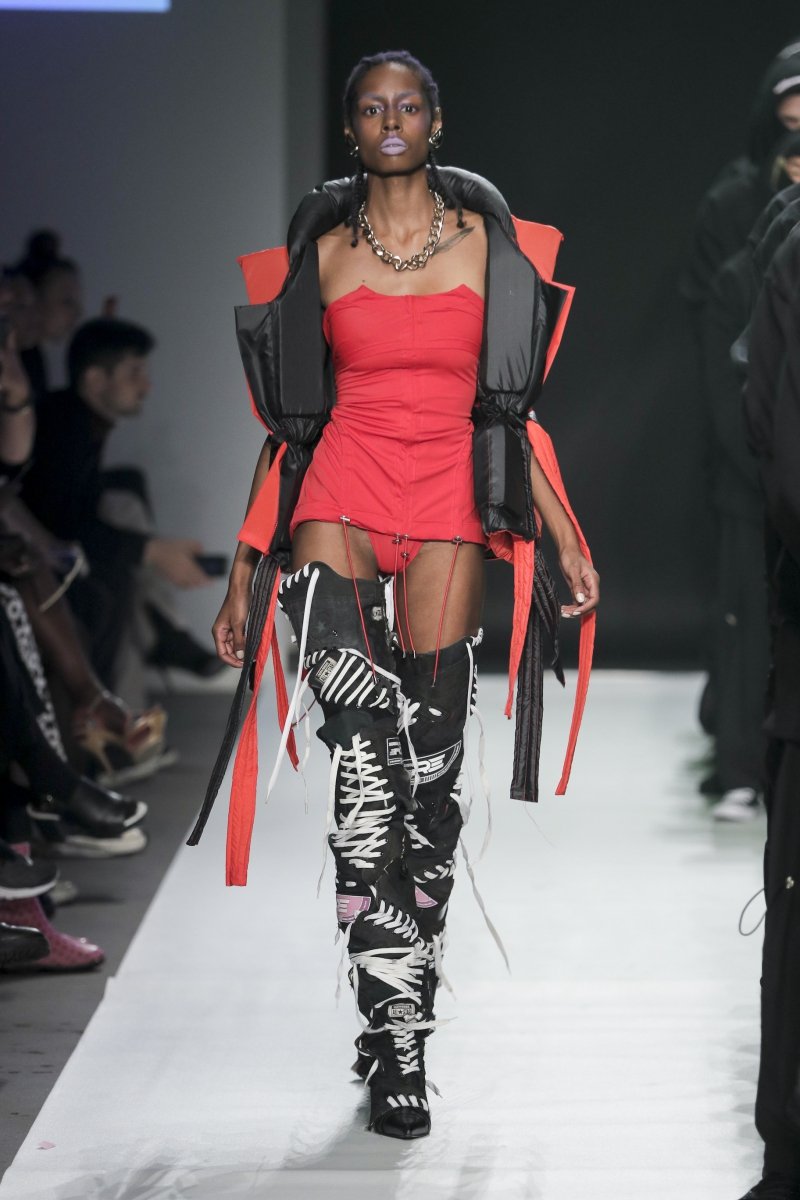 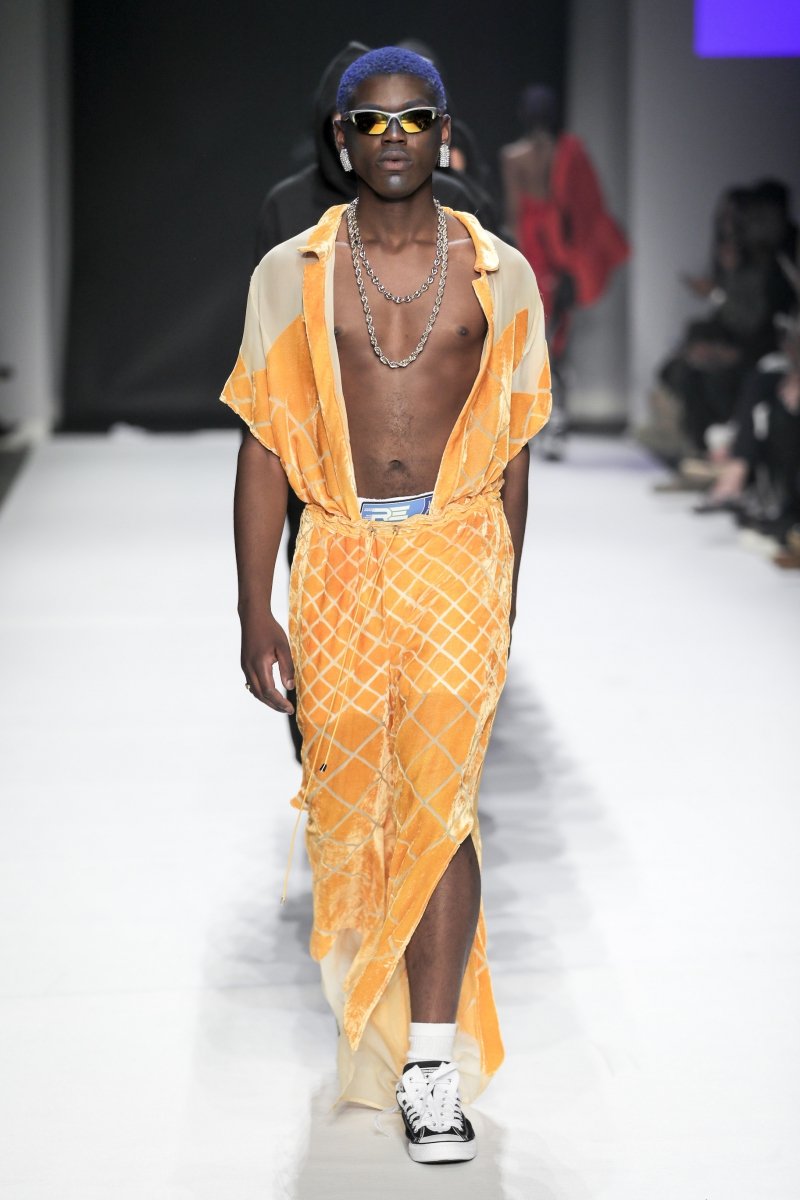 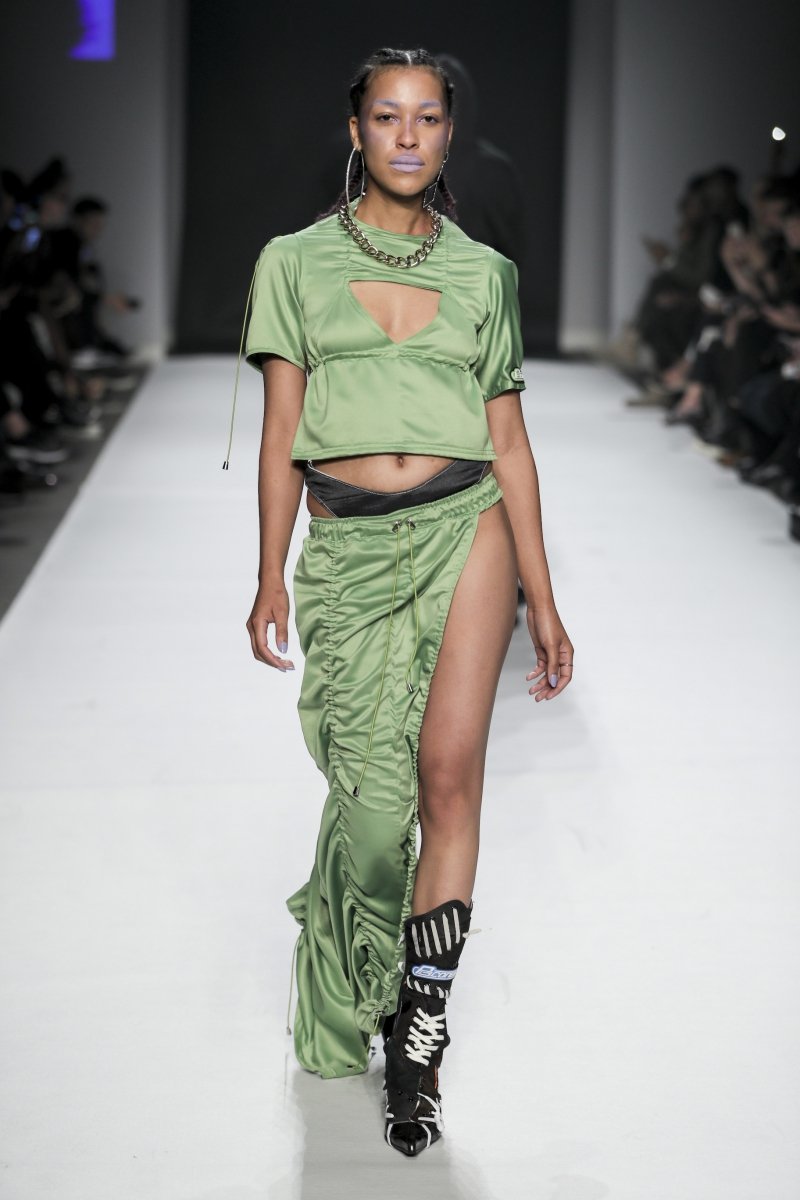 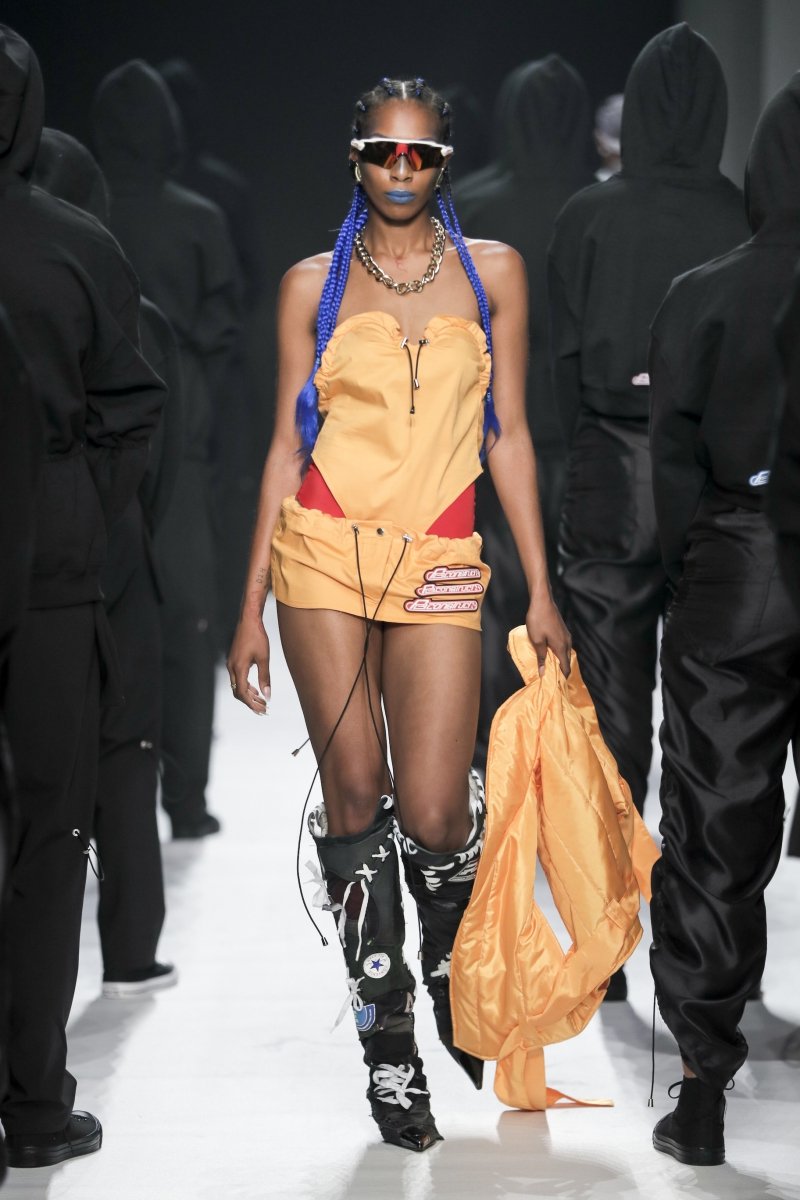 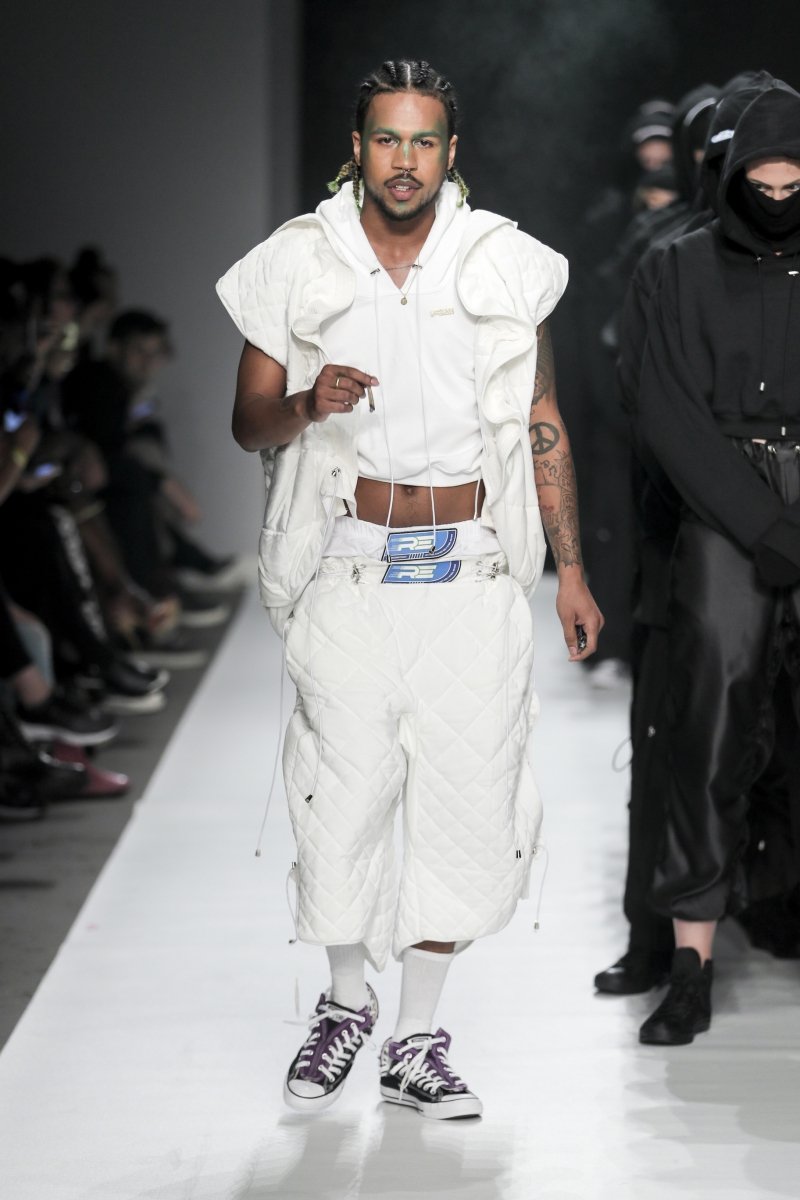 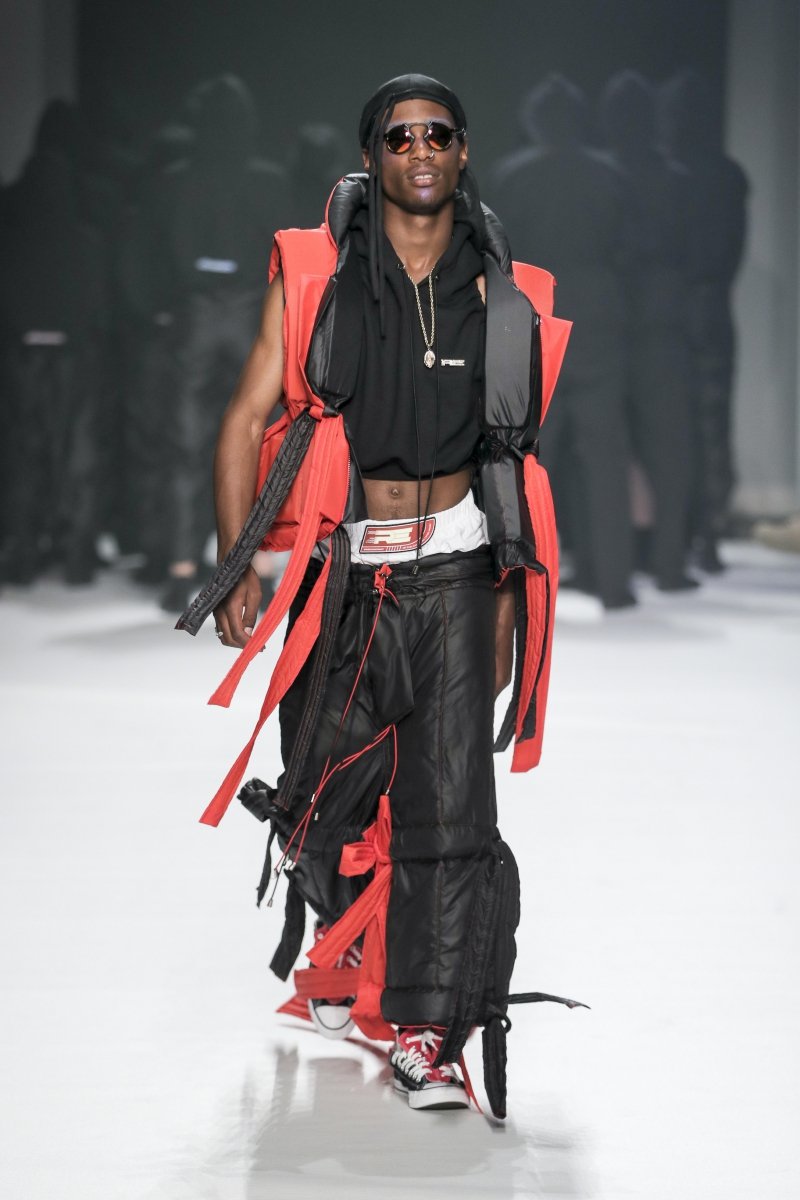 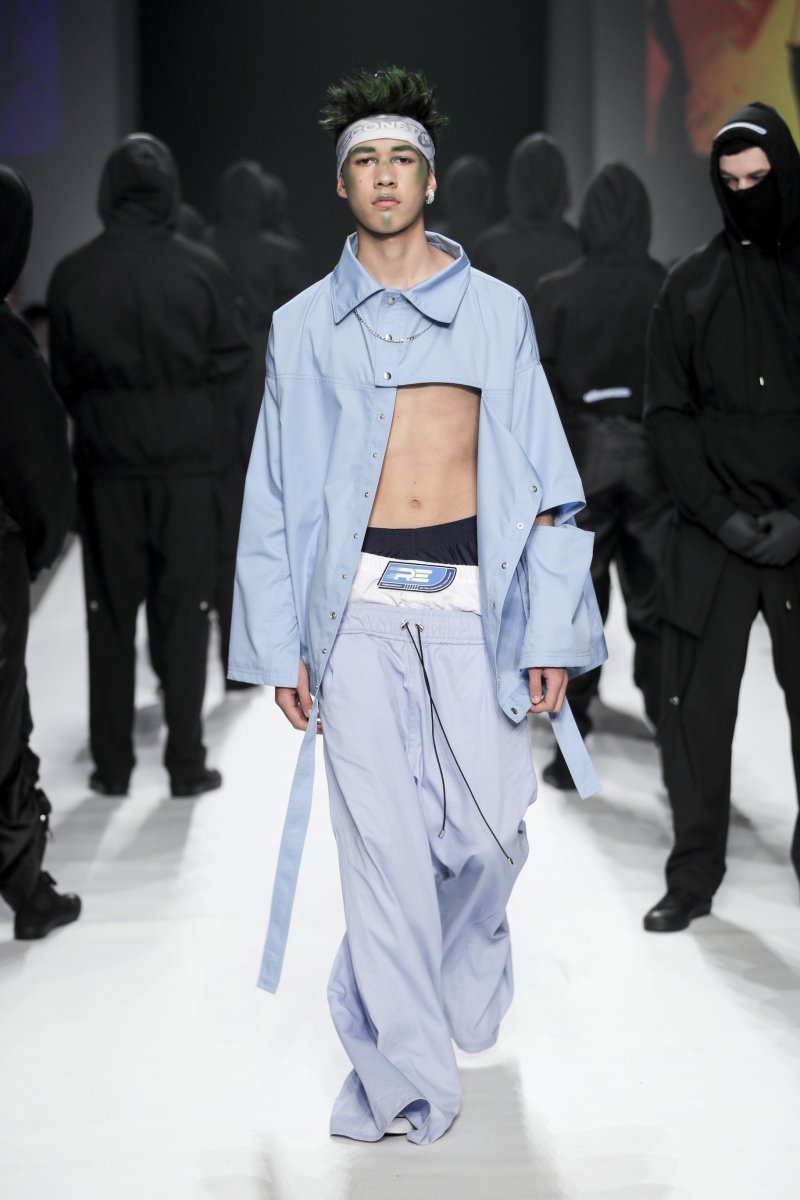 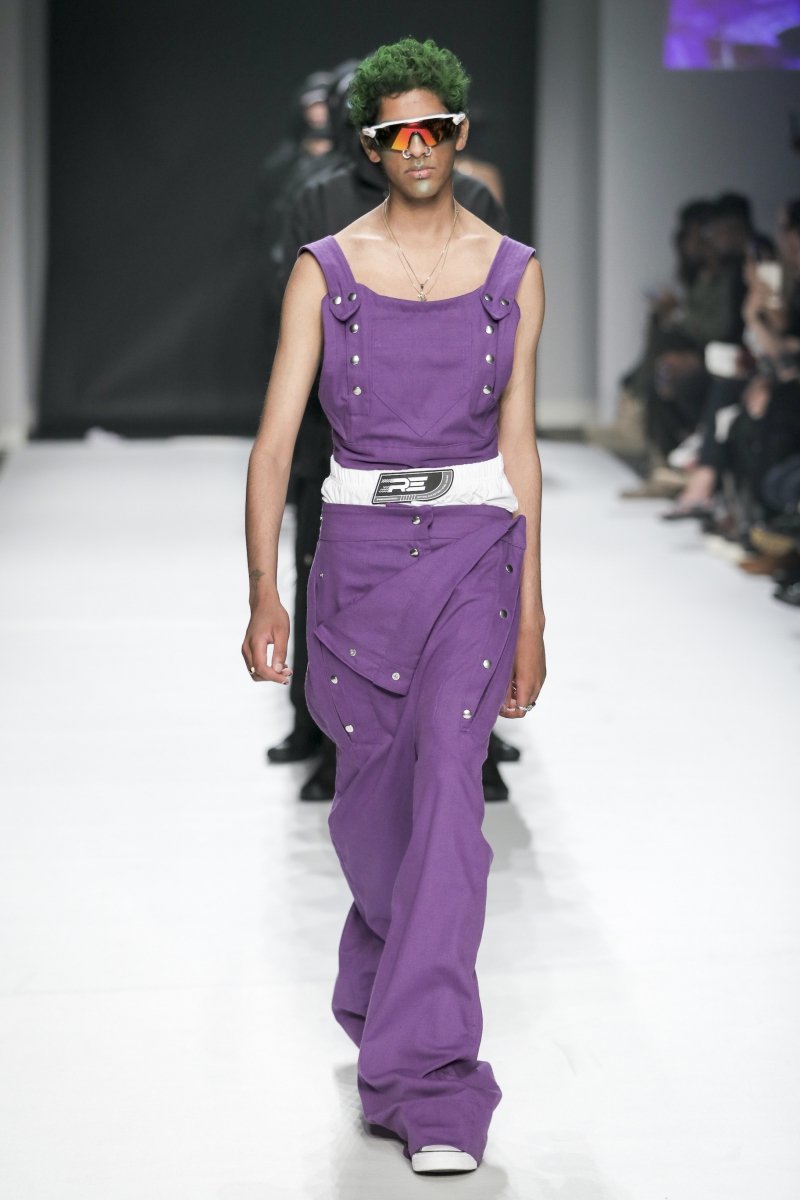