This was my first time being part of the Lichting jury in Amsterdam and I truly enjoyed the experience. An initiative of HTNK and FashionWeek Netherlands, Lichting was launched in 2007 and yearly awards the best graduate collection of the country with a 10.000€ prize. Each school sends out two graduates, who get to show selected outfits on the runway during FashionWeek. Prior to the show, they have to present and defend their work in front of an international jury, which included Zowie Broach -Head of Fashion at Royal College of Art in London- Floor Kolen -Fashion designer and 2010 Lichting participant- Federico Poletti -Editor, curator and consultant- and yours truly. Out of all the creative and exciting collections we saw in Amsterdam, Stuyfzand’s stood out with her incredible craftsmanship, sense of color, positive message and use of textures. Her take on menswear was playful, authentic and cheerful, naming her collection “Call Me Magpie”, an homage to Austrian craft and London club kids. Sequined flowers, sheer effects, fresh tailoring and reworked menswear staples were styled boldly and instinctively, giving her presentation strength and energy. Stuyfzand graduated with a BA in Fashion design from ArtEZ in Arnhem and she will use the award to further her textile research, exploring new directions within her work. The audience prize, worth 3000€, went to Belgian Sarah Bruylant, who graduated from AMFI in Amsterdam. 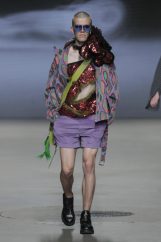 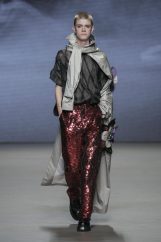 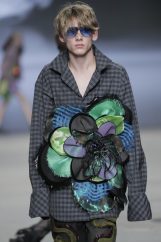 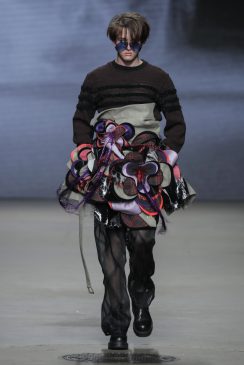 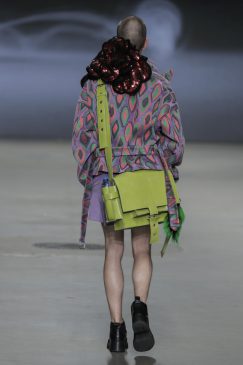 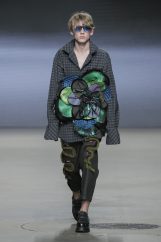 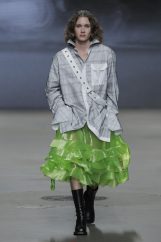 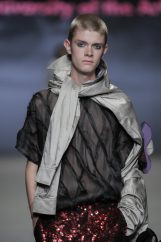