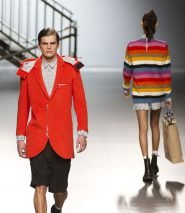 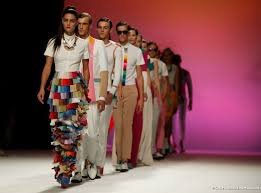 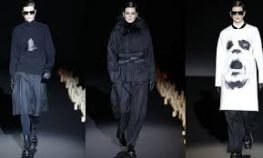 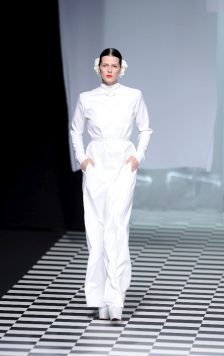 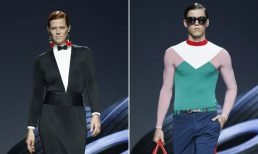 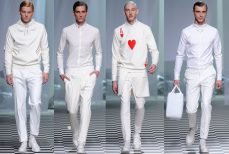 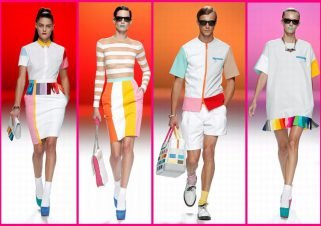 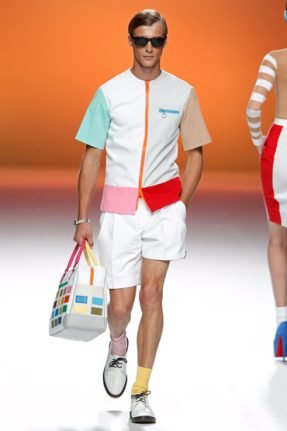 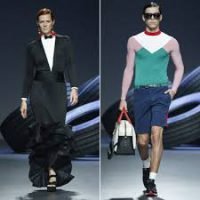 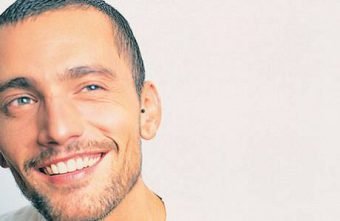 Today is a sad day… Not for knowing how ill was he, the news of the Spanish designer David Delfin’s passing at only 46 years old are less sad.

David was a bright, positive, creative spirit. He managed to overcome his owns limitations as a self-taught designer and those of the shallow Spanish fashion market by insisting, by never giving up, by trusting his guts and by surrounding himself with people that loved him and bet on him. He was lovable and loving. Brave and courageous.

Twenty years ago I asked him to do some illustrations for a fashion magazine I worked for, when he was still creating a line of military t-shirts, using his left hand to write a special typo that became his trademark and replicating Joseph Beuys slogans. Already then you could tell he had something. Some beautiful light behind his eyes, some purity and truth that would push him forward. It didn’t take that long for him to go from a discotheque club kid under the wing of choreographer Dani Panullo to the fashion designer that started getting inspired by art history and artists to end up creating his own vocabulary. Simple, iconic, accesible and intelectual.

He teamed up with the late top model Eleonora (Bimba) Bosé, and the Postigo siblings (Gorka, Deborah and Diego, who’s economic input was as important as their creative and emotive ones) to create Davidelfin, a fashion brand that made slickness humoristic. And who’s fashion shows were real shows, never to be skipped. He was generous and giving when it came to creativity. He tried very hard always. He loved his job and the energy that came out of it, the love the came from sharing it with his friends, clients, and followers.

He’ll be missed in Madrid.

My thought go to his partner, close friends and family…