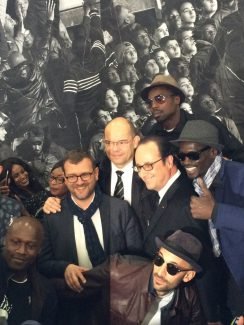 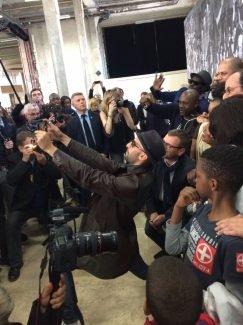 Happily my friend Vincent Gagliostro and I went to the private opening for JR at Palais de Tokyo. Among the guests were the French President Francois Hollande and film director Agnes Varda but let’s talk about the work. Chronicles of Clichy-Montfermeil is a monumental fresco of 150 m2 and will be on view at the Palais de Tokyo until April 13th so you don’t have too much time to get there. JR is know all over the world for his monumental portraits. With the support of his Galerie Perrotin he also produced a film Les Bosquets at New York City Ballet that was screened at the opening of ASVOFF 8 with music scored by Yoanne Lemoine aka Woodkid.

The 38 meters long and 4 meters high Chronicles of Clichy-Montfermeil pays tribute to the inhabitants of the two cities, their history, their fights and it is inspired by the frescoes of Diego Riviera, the Mexican artist. “It is a portrait of those who strive to put poetry back into the cement.”

More than 700 inhabitants have posed in front of JR’s camera. He uses a 28 mm focal length requiring him to position himself closer to the faces. All ages, origins and professions merge together. After the 10 days at Palais de Tokyo the fresco will be installed in the city ‘des Bosquets’. 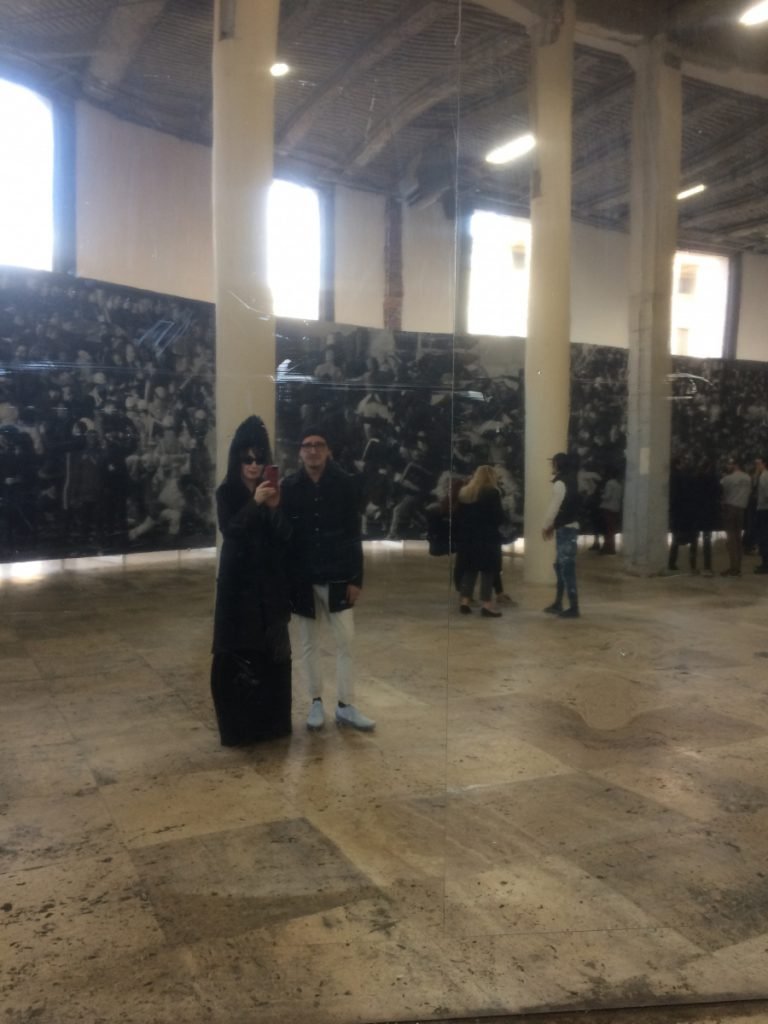