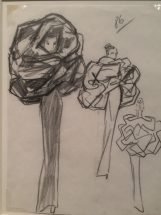 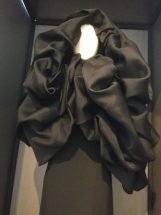 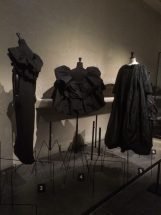 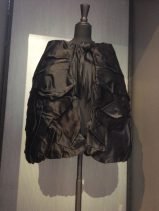 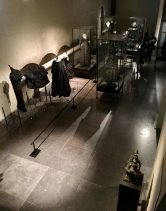 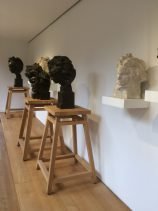 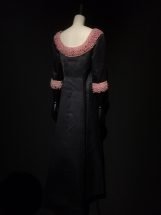 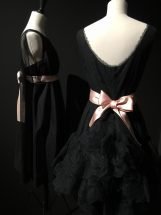 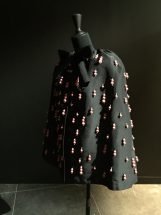 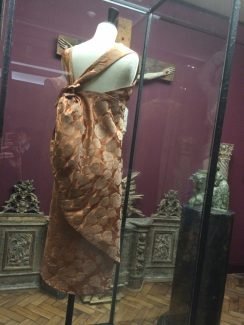 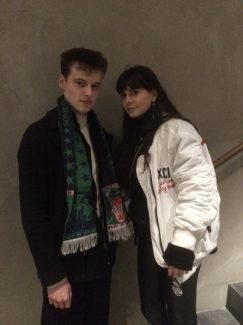 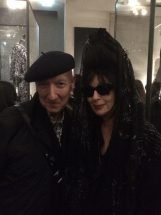 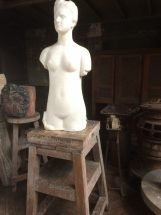 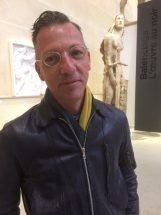 The exhibition, which opens on the 8 of March,  is a study in black with a few flashes of pink. By putting a selection of the work of the  Spanish designer Cristobal Balenciaga (1895-1972) in black we get to focus on the construction and the volumes. It is also easy to see where contemporary designers found the starting point for their ideas.

The spiritual underpinnings of his work were the folklore and traditions of his Spanish childhood. Balenciaga gave us the barrel line (1947), the balloon (1950), the semi-fitted suit (1951), the tunic dress (1955), and the sack dress (1957). Dior once said, talking about Balenciaga, ‘Clothes were his religion’ and the exhibition is a tribute to the master.

I am so enchanted by the ehibition that I could not resist going there twice today, once this morning and later in the evening.

The exhibition is supported by the Maison Balenciaga and curated by Veronique Belloir, Director of haute-couture collections at the Palais Galliera. 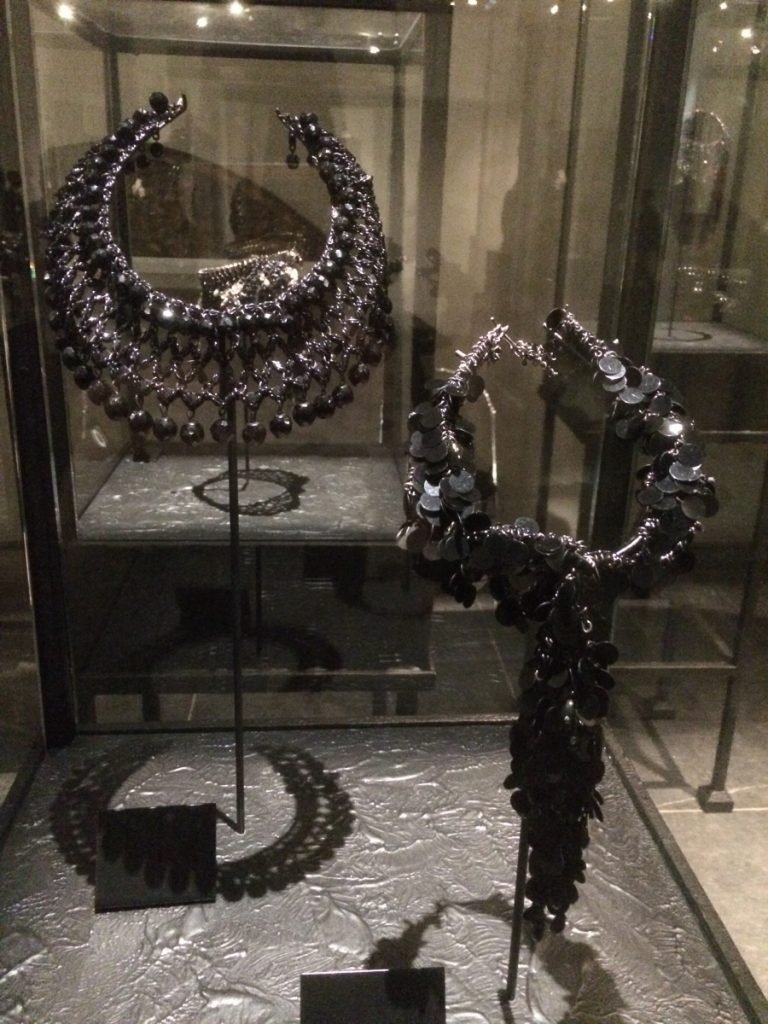 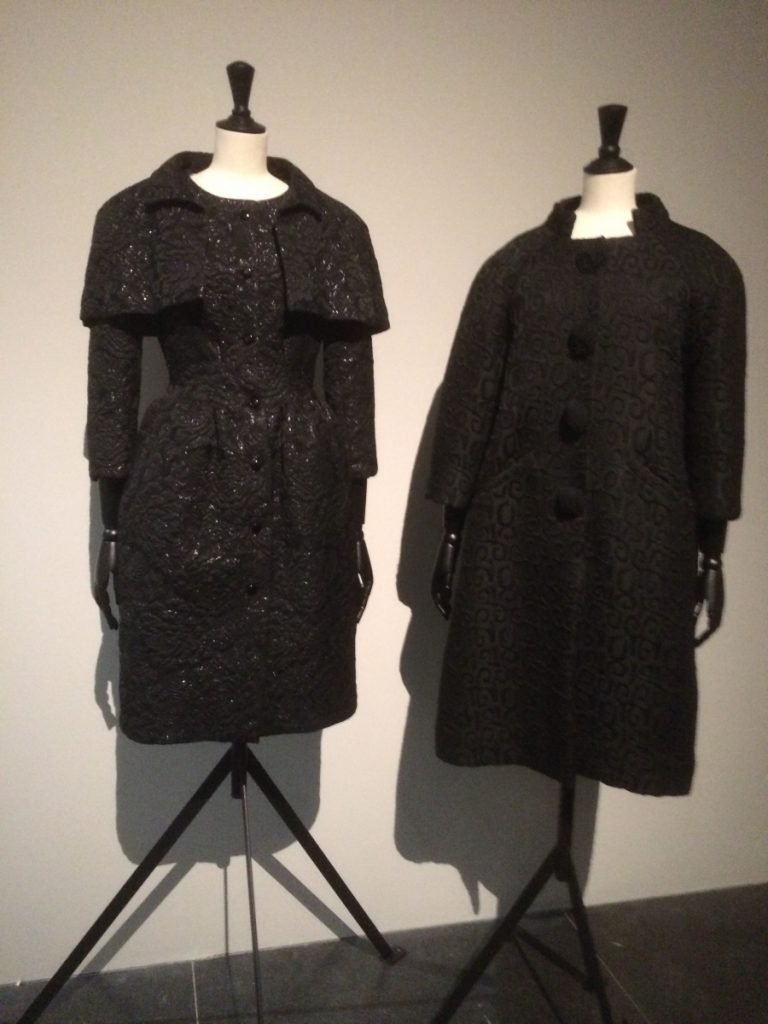