NO/AN is the handbag line created by Finnish designer Anna Lehmusniemi. Launched in 2016, her collection focuses on limited series, which bear minimal details. Quality and craftsmanship are key within NO/AN, entirely handmade in Portugal by a family owned atelier. The skins come from a local tannery located in the region of Leiria. Rather than offering seasonal bags and coming up with new proposals constantly, NO/AN concentrates on a few statement shapes, which are reinterpreted and perfected over time. The double leather handle -one of the designer’s main trademarks- appears on a generously sized shoulder bag with a graphic flap, one of the brand’s best-sellers. The artisan who made each bag is named on an inside label, underlining a need for honesty and authenticity. NO/AN is already sold in several boutiques throughout Europe, such as L’Héroïne in Bruges, Asuna in Helsinki or Jack Henry in Paris. Future stockists include Lille and Amsterdam in the Spring, but the whole range is also available online. 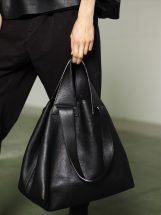 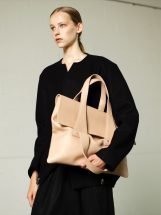 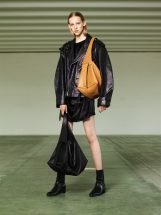