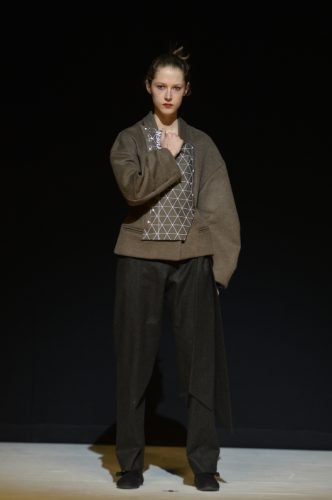 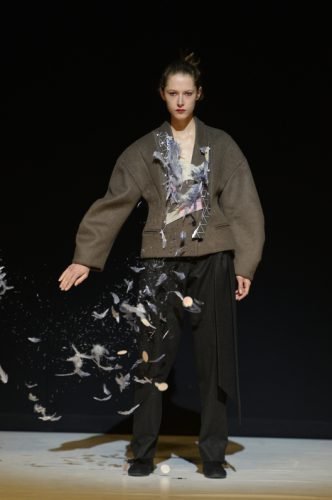 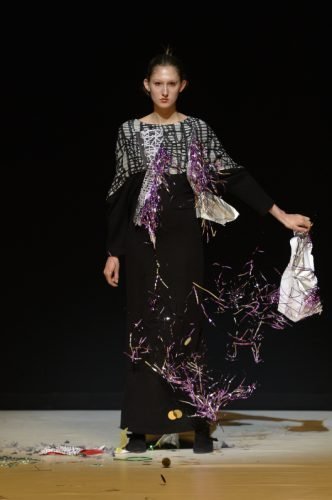 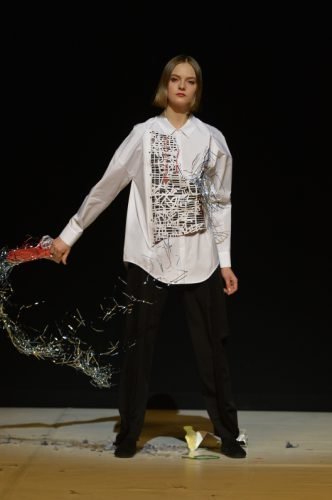 The female half of Act to Form takes on the current world order with a more personal approach than the menswear had last month. The intention is still the same, to shed light on the present by way of the past, and many of the finely crafted details we’d got a glimpse of return – wrap belts, medallion-holding pockets and tiny embroideries of sculptures on plinths. But where the former sought  to compare the corruption of our modern society with the nobility of spirit in Ancient Greece, Chalayan’s woman appears markedly more serene – undisputed perhaps in her virtue. Phil-Hellenic sentiments since the early 19th century call for the blending and blurring of borders, a sense of world citizenship that’s now too solid to be seriously threatened: though loose and relaxed, the silhouette is draped in felts in a range of thickness, pointy at the elbows and knees. Meanwhile, a custom jacquard combines an Ancient Greek city map with a modern Manhattan grid system, and pristine white shirts have built in waistcoats for structure and flair. They cast a halo around the wearer against the dark backdrop of the Sadler’s Wells Theatre – on stage her resilience, her metamorphosis, becomes quasi mystical. With long leather gloves and unfinished hems, and wide-brimmed hats that look almost like beaks in profile, she bears the power of some old-school, folksy magic, sparkles and all. We see it in action towards the end: the last six looks feature patterned paper panels on the front that when torn, with a sharp left-hand gesture, free a cascade of glitter, tinsel or feathers. 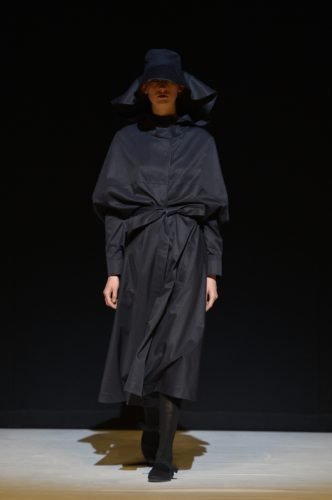 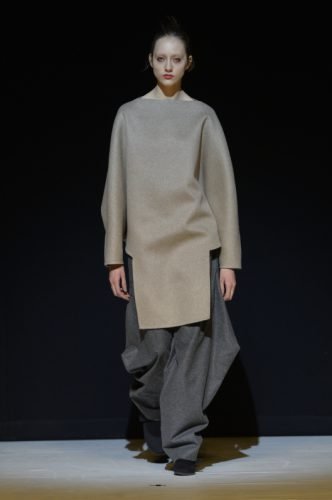 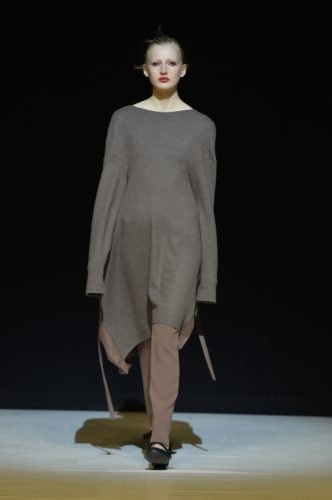 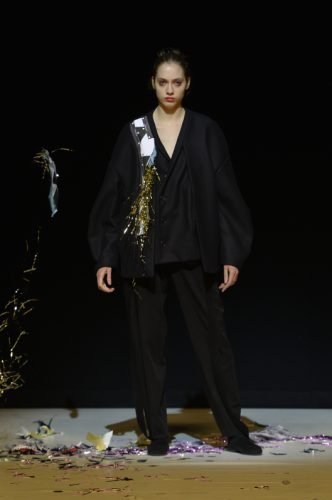 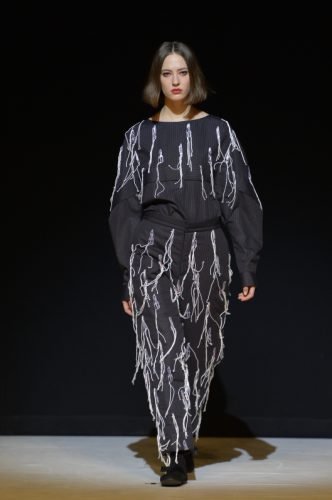 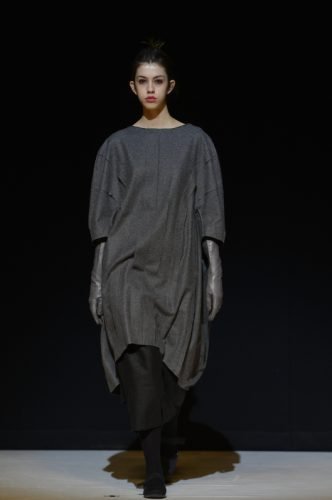 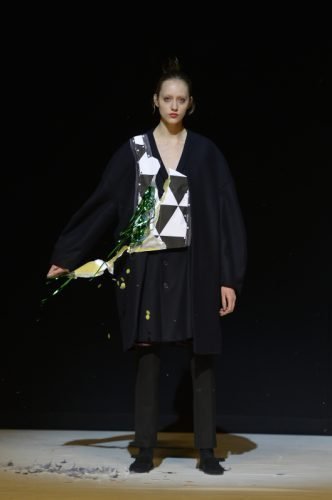 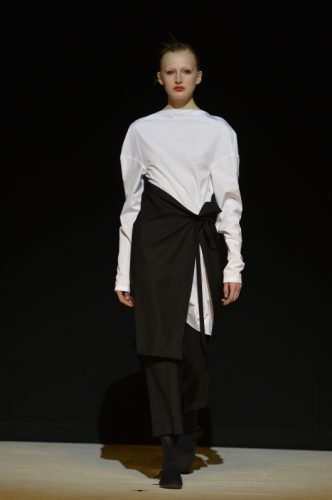