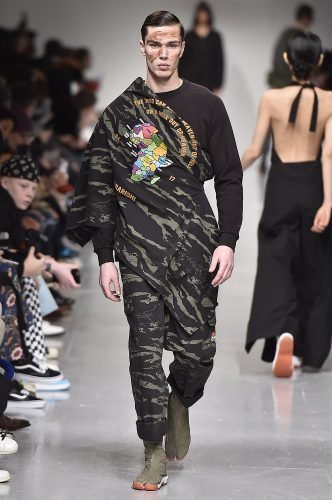 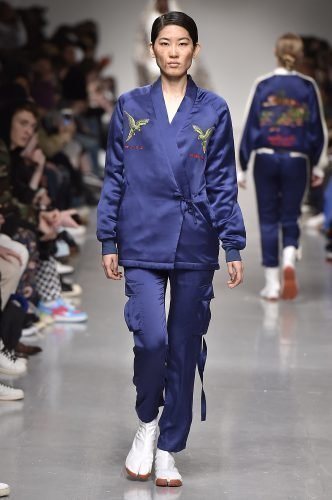 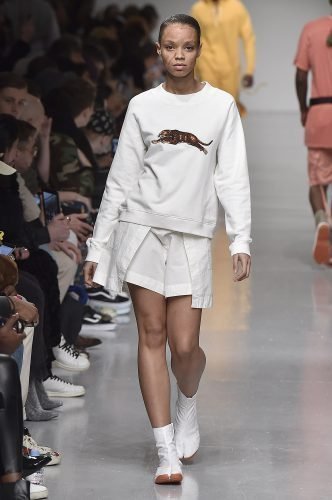 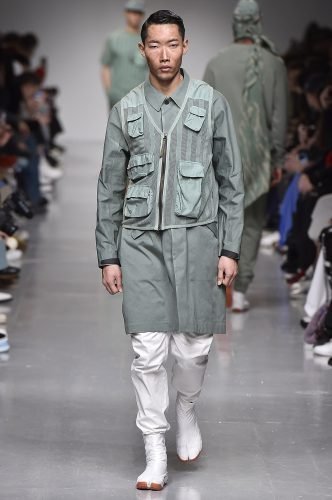 European collections that set to tackle the vast and vague theme of ‘Africa’ never fail to raise a few eyebrows, with good reason, for no matter how well-researched, no matter how finely executed or with what honest intentions – see: Valentino SS16 – it always comes across as a bit callous, a bit patronizing, to romanticize and reduce a whole continent for the aesthetic pleasure of those who not so long ago were slicing it into pieces. To set a critical eye on colonialism, however, both of the old and present-day kind, it’s a risky move while also deeply necessary – because fashion is a platform whose potential is too often forgotten in favour of cartoonish crowd pleasers, yet there’s nothing stronger than a show with a message, however uncomfortable that might be. It’s a subtle difference because the clothes are, after all, aesthetically beautiful, but it’s a very significant one, and that’s how Hardy Blechman leads a confrontational Tour d’Afrique by way of the American and Chinese military presence in the region, titled after the continued insidious influence of the French occupation. The contemporary nature of the collection is most notable in its colours, according to the press release, they “have been extracted from the mines of Africa”: earthy tones, and coltan, a mineral used in almost all smartphones and laptops. Camouflage, one of maharishi’s staples, comes this season as a Tigerstripe Murale that’s been also hand-painted onto reclaimed military uniforms as part of the label’s upcycling program. The silhouettes too, indeed, are very current. The softly militarised attire that Hardy Blechman pioneered back in the 90s and nowadays we recognise as urbanwear, parkas, field jackets, cargo pants. But there also are nods to traditional African robes, like the hooded Djellaba, and lustrous silks from the Far East. One of them features on the calf maharishi’s trademark dragon embroidery, the one we can usually find on the brand’s famed ‘snopants’. Others count more jungle animals – the leopard, the parrot, the panther – and a map of the continent with the slogan “the mind can make a heaven out of hell / or a hell out of heaven”. A slight misquote from John Milton’s Paradise Lost, but the meaning, the paradise, lost, is clear, as well as the parallel between Africa and the Garden of Eden. 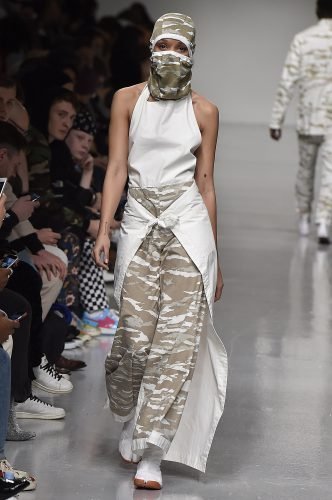 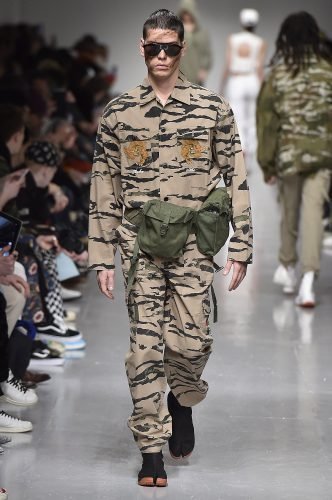 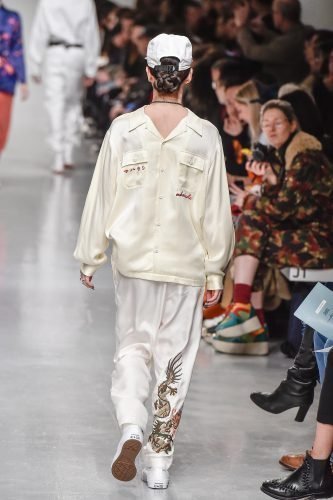 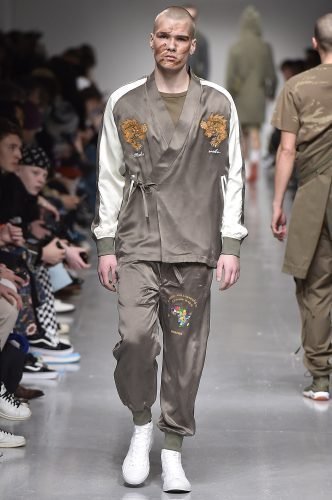 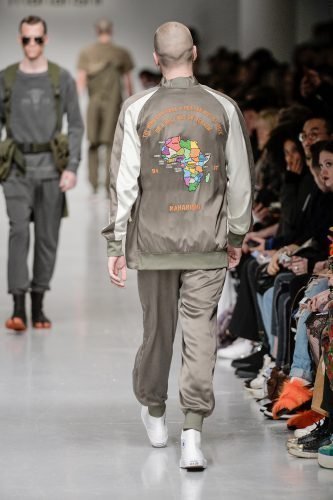 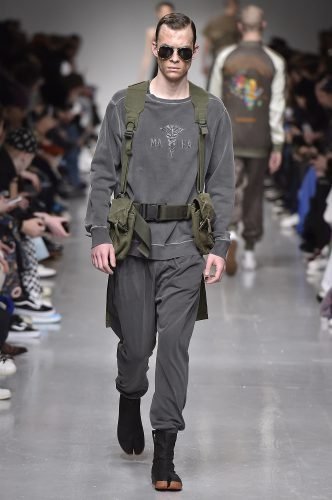 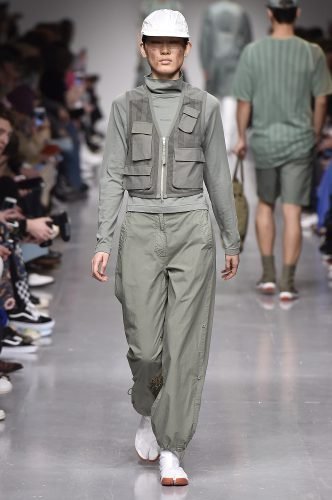 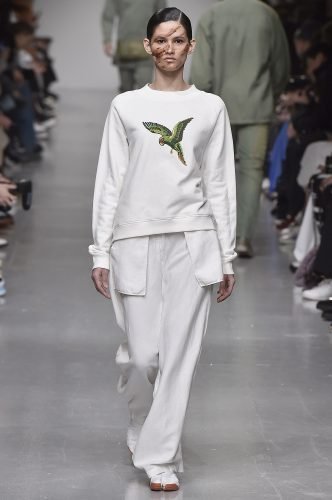