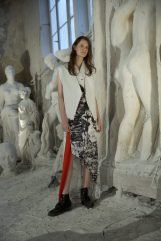 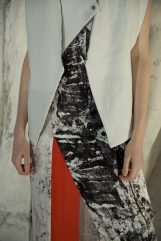 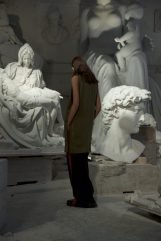 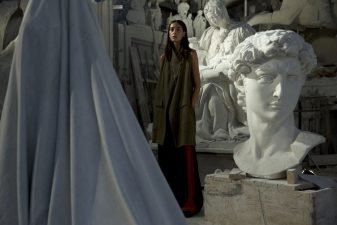 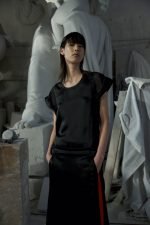 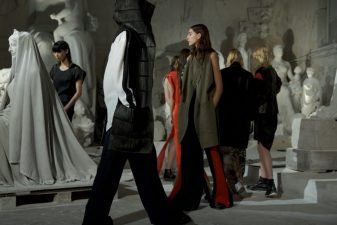 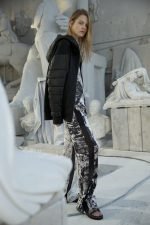 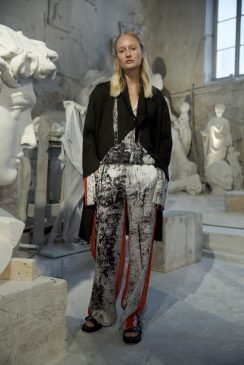 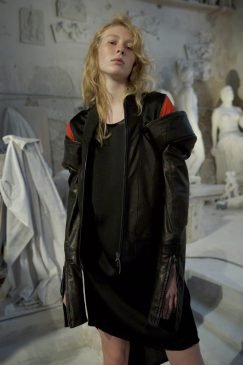 A week after Paris Fashion Week had ended, a group of French journalists found themselves in the Tuscan city of Pietrasanta, where Florentine designer Ilaria Nistri had brought them that noon. Tea and cakes had been forthcoming in front of the roaring fireplace of the Albergo Pietrasanta, a perfectly picturesque and historic townhouse a stone’s throw away from the town’s cathedral, which the designer had privatised for the two days. Some had elected to remain curled up with the last of the fashion month duties while others roamed along the streets to soak in the sights.

While many designers would have taken a press trip as an opportunity to crowd every waking moment with reminds on the brands, for Ilaria Nistri it was the occasion to immerse a likeminded group of people into her universe, organizing a cultural stroll through the city, hosting her collection presentation in a workshop specialized in marble artwork. Dinner would later take place among a bevy of plaster and marble works, ranging from the abstract contemporary to the historically charming. Models clad in her latest collection took a pose among the statues as guests listened to cellist and singer Naomi Berrill and pianist Simone Graziano warming the air with their performance.

Of course, this wasn’t completely unrelated to her work as a designer, since her latest collection is titled Marble Echoes. For several seasons now, the Florence-based designer has been drawing inspiration from destruction: sometimes of the natural kind, as is the case here with the beautiful cracks visible in the marble due to the compound effects of time and other elements but also the disruptions brought on by man (one particularly memorable collection featured images of a beautiful lake whose color was entirely due to the deep pollution that made it deadly to man and beast alike).

Although the unexpected downpour would prevent the planned visits to the marble quarries planned for the next day (and even returning to Paris, thanks to a no-less-unexpected tornado that closed Pisa airport), the trip highlighted not only Nistri’s wonderful eye for the unusually lovely but also her roving eye for culture. 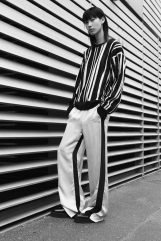 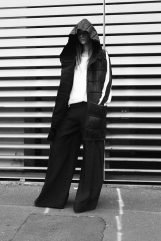 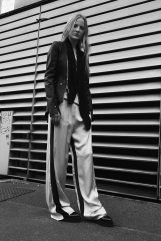 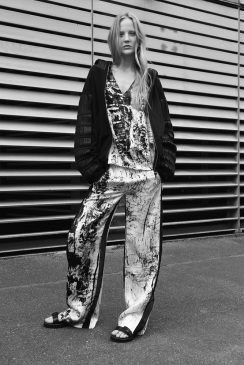 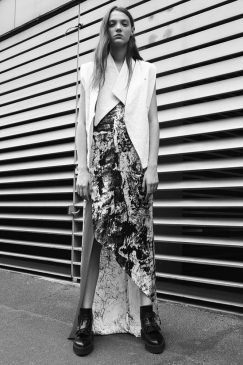