There’s something to be relished in graduation shows we seldom get to see on canonical catwalks, and not just the wilful disregard for commercial viability that always permits students to liberally indulge their creative drives. Because a first collection is often so intimately personal, it can tell us more about each young talent than their future work – more polished, perhaps more restrained – probably will. Yet what was once intended as a last chance to go with their gut, could nowadays be seen as graduates’ first foray into a recently established mainstream school of thought – think of Jacquemus – which allows for instinct, spontaneity and a generous measure of navel-gazing to become the pillars of one’s own signature style.

As varied as the results were for the graduate class at the Universität der Künste this year, a similar approach to the design process was frequently shared. It made for a prevalence of deconstruction, trompe l’oeil and the questioning of rules, while inspiration ranged from grammable slogans such as Nicolas Stephen Fischer’s The duty of youth is to revolt, to workwear, to growing pains, as in Lilo Klinkenberg’s Identity uncertain. Quite a few collections wouldn’t look out of place in an art gallery – a personal favourite among these was Jennifer Rippel’s Spu(e)ren, a research project that looks at clothes as an imprint of the body that wore them and aims to speed up this procedure with the development more sensitive materials, each responding to touch in its own way. Jennifer’s display featured a oversize jumper hand-knitted in leather thread, and a jersey shirt waxed so that the warmth of one’s hands would leave marks on it like patterns. 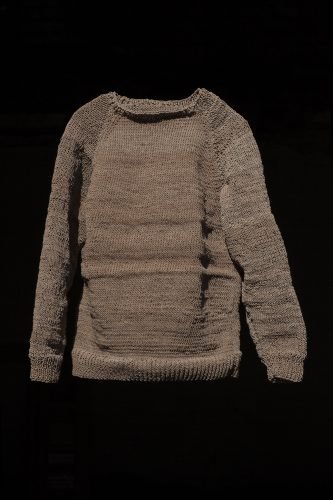 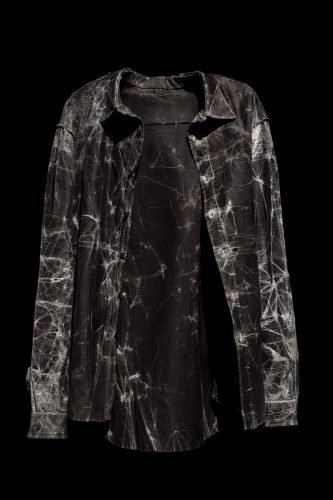 But among those that actually walked the runway at the Estrel Hotel on Friday night, the most memorable collections were some who took this quasi-surrealist approach a notch further. Lenny Murr’s BA collection, Fisch Kitti Bisch, was both refreshing and geeky, an ode to unpredictability inspired by websites such as random-art.org, randomcolour.com, or the Random Outfit Generator. Lenny cross-references these with mundane photos of his surroundings, a very modern exercise in self-limitation that also works as an unintentional critique of the fashion system as a whole. For her MA, Gesine Försterling also started from an intuitive weaving motif that she then proceeded to render in a remarkable array of techniques, from print, to jacquard, to even embroidery – a skill Gesine learned during her recent internship in India. Simply titled WORK, Gesine’s collection reflects on “the changing world of work”, notions of expertise and masculinity in labour.

Below more visuals from the catwalk, featuring some stand-out looks from the 3rd and 6th semesters – which go to show we’ve got a lot still to look forward to from future UdK graduates. 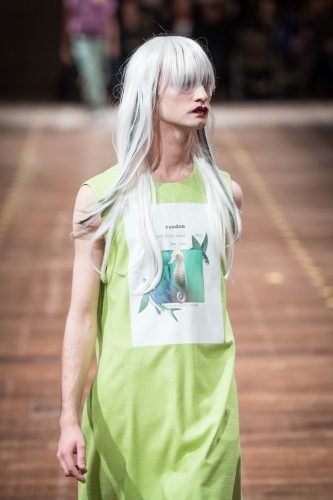 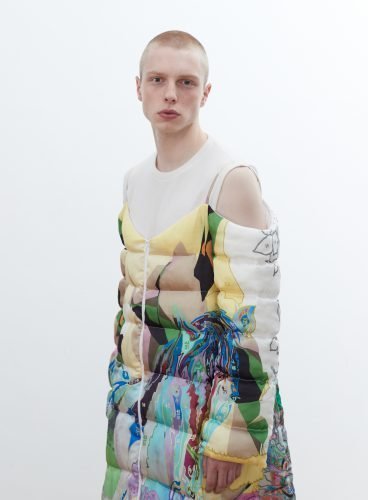 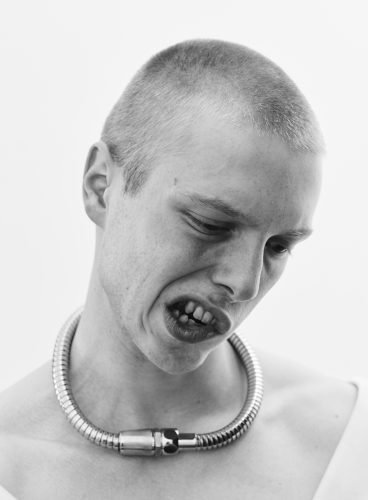 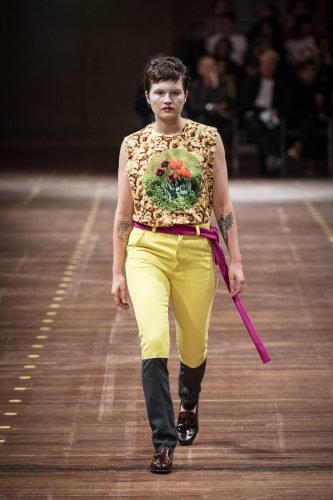 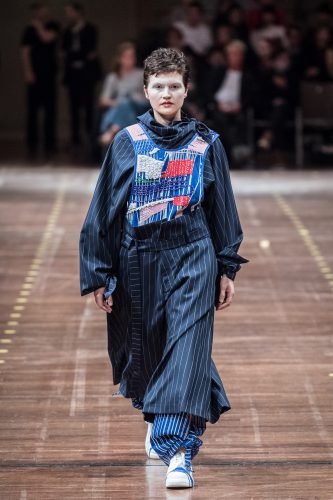 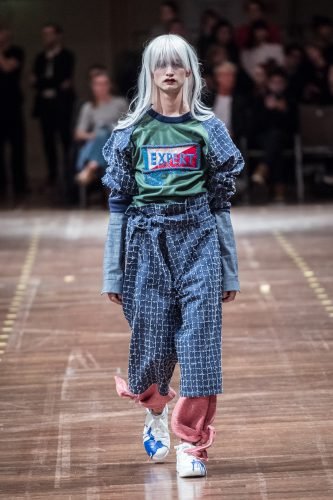 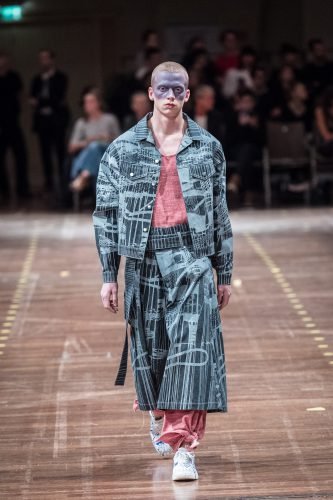 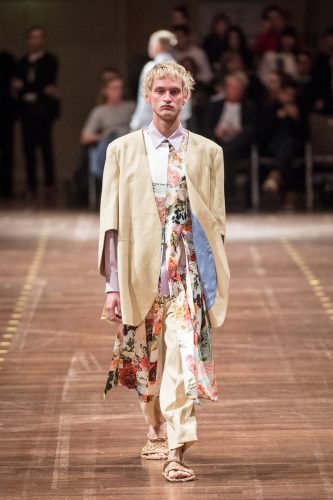 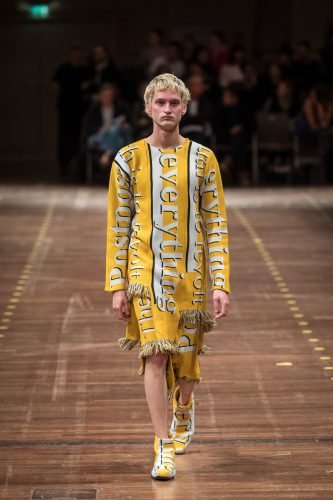 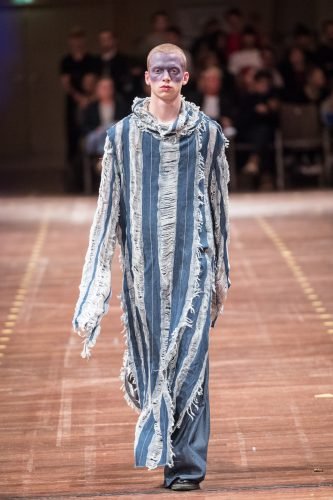 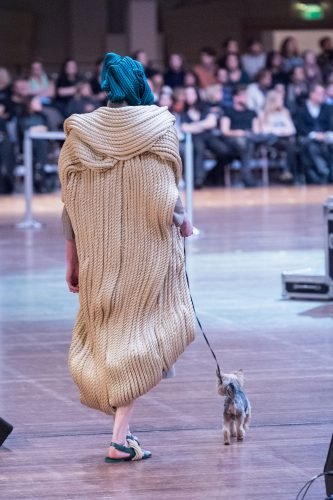 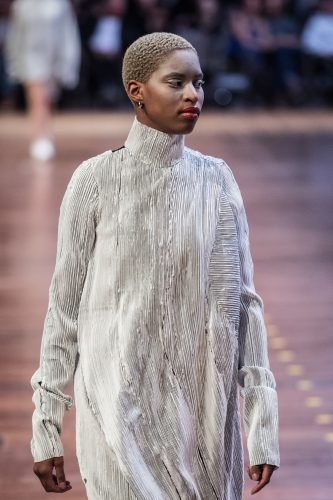 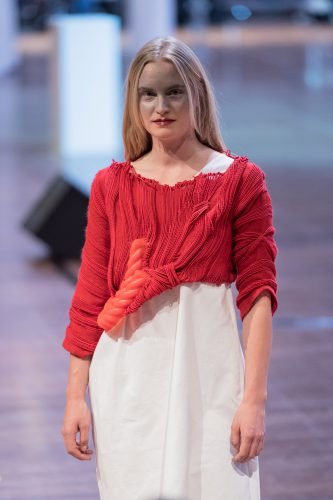 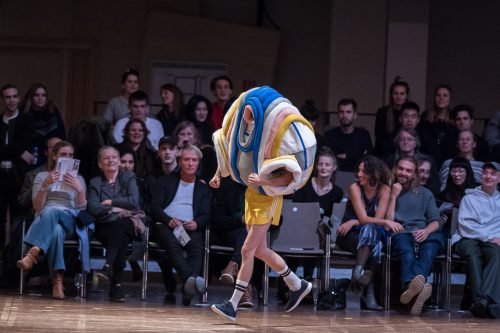