Sébastien Meunier presented one of his most accomplished and poetic collections for Ann Demeulemeester yesterday, moving his audience with a statement that managed to stay true to the essence of the house, while revealing a close bond with its founder. The collection dealt with links, connections and relationships, evidenced by the straps that kept popping up on tops, trousers and jackets. They were often loose to emphasize freedom, or fastened to anchor the silhouette. Although Meunier tapped into the rebellious side of the Belgian brand with stylish separates, such as chiffon blouses and stripy pants, which brought pirates and buccaneers to mind, it was his use of tailoring that stole the show, giving his models a sense of dignity and assertiveness. Longer jackets -which had an androgynous feel- were paired with wider trousers, while graphic trouser suits looked sharp and empowering. Meunier deliberately used women of different generations in his casting, which added strength to the message of the collection: seeing the likes of Kirsten Owen, Kinga Rajzak and Erin O’Connor walk his show underlined the timelessness of the brand and its inclusive appeal, uniting past and present, youth and experience. 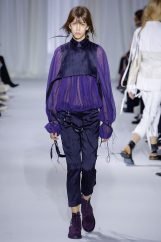 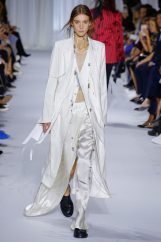 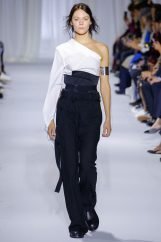 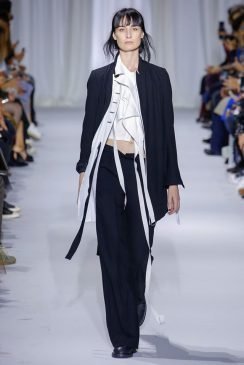 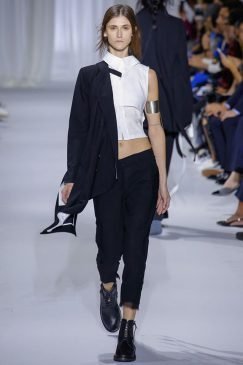 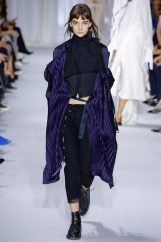 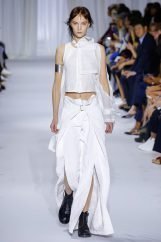 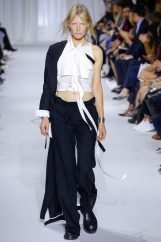