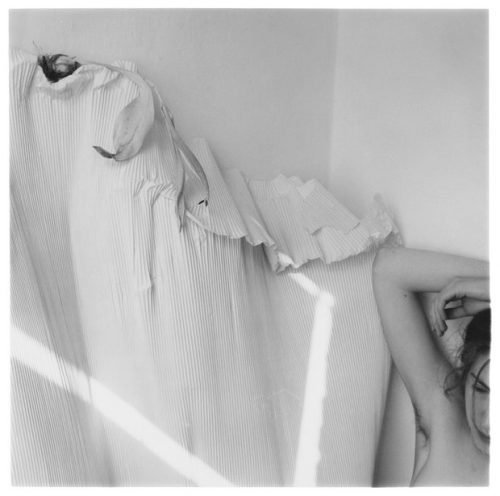 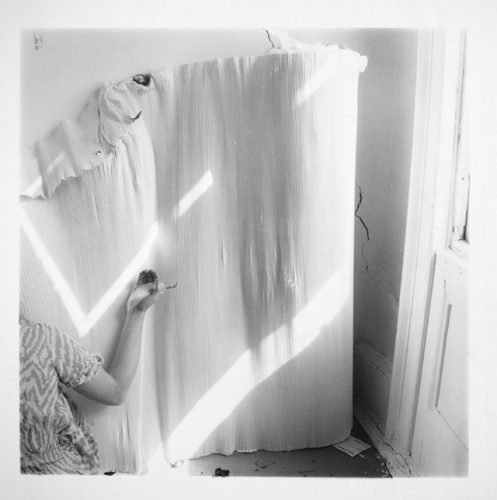 Slits that cut through matte black wool like beams of light – it’s aperture poetics, technical, yet unquantifiable. It strokes, rather than strikes, that filmy balance between exposure and protection, that’s in portraiture as it is in fashion: a bateau neck here, a slice of belly there, then sock suspenders for extra poise, buttoned-up shirting. For spring, Eudon Choi looks up to the oeuvre of late American artist Francesca Woodman, whose blurry nudes that trembled with life were sealed into legend with her suicide, in 1981, at the tender age of 22. Far from being gloomy, however, the collection seeks to celebrate the purity of her talent: while many perceive Woodman’s images as the work of a haunted genius, the show notes point out, Choi finds in them a sense of liberation. There is elevation, there is lightness in all that unlaced cloth. Yet his constructions, rich from a background in menswear and tailoring, never come through as either slouchy or indolent, a frequent seasonal misstep when designers think of freedom. Though black and white, and a curiously liquid sepia stand out, the monochromes are interspersed with careful accents of colour and simple, rarefied motifs – watercolour drops, delicate stripes, navy, light blue and ecru, dotted with lines of mismatched buttons all along the front or seams. 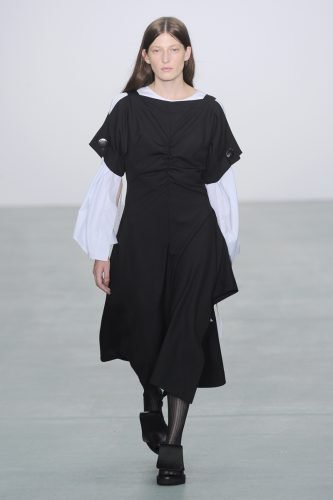 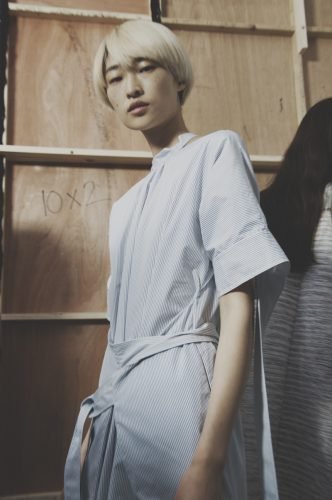 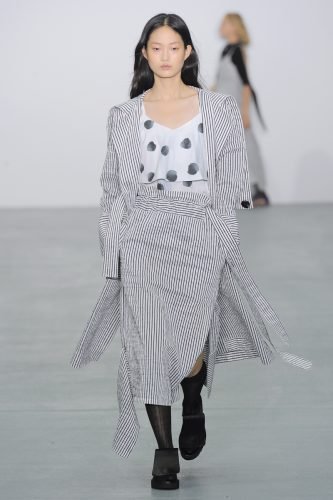 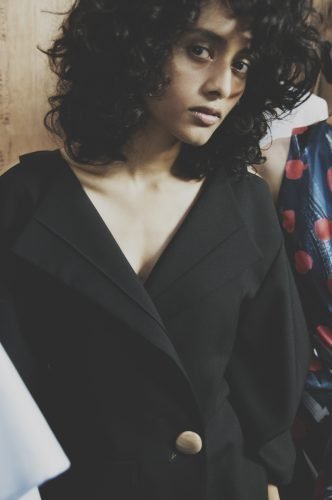 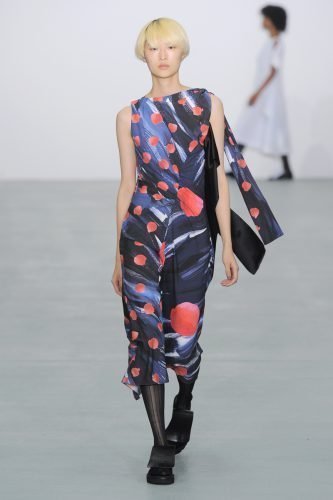 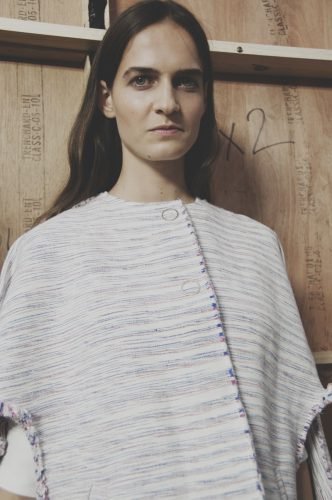 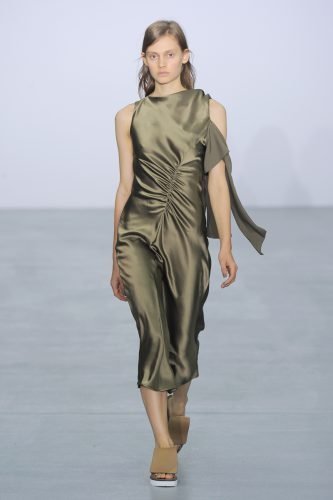 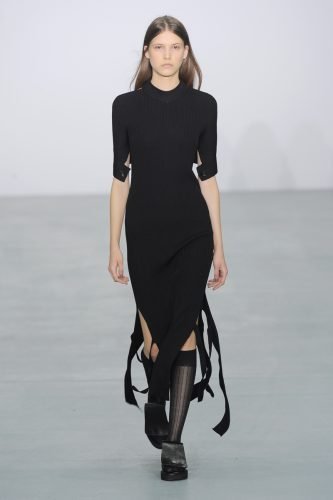