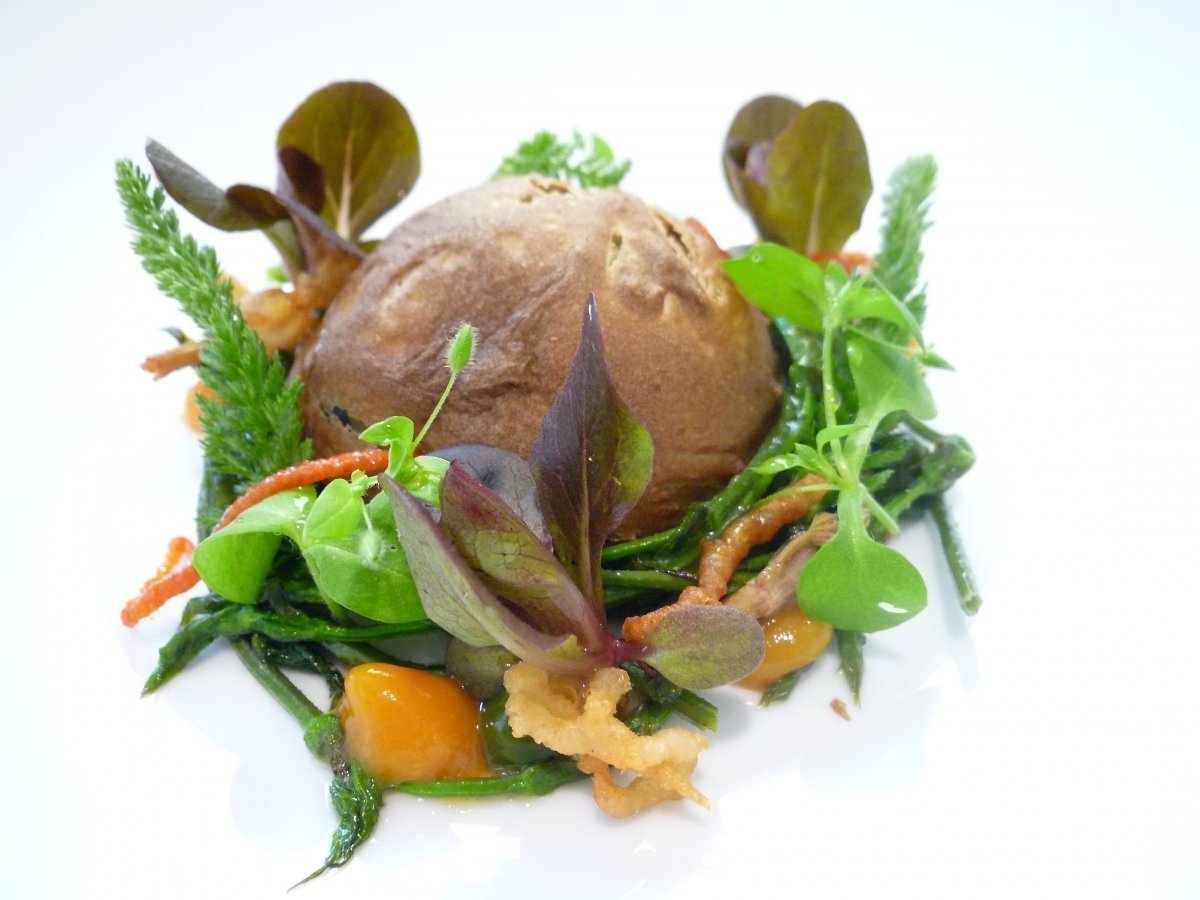 Tian’s transcendent fare is vegetarian beyond vegetarian—as much a delight to the eye as it is to the palate. Each dish is a work of art, meticulously assembled by a team of culinary alchemists who strive to outdo themselves each day.

On a recent trip to Vienna, I was invited to partake in a multi-course lunch, pictured above. The first course, served after a tapioca and beetroot amuse-bouche, was hops-and-malt barley surrounded by delicate plant life, in the shape of a mespilus germanica, or medlar.

The first dessert, constructed to evoke a tropical garden had, if I remember correctly (there was a lot of Champagne involved during the duration of the meal, so…), elements of coconut, white chocolate, pastry shell, fruit reductions….this was followed by an artistic triumph: a “cigarillo” made of Nyangbo dark chocolate with ashes contrived of gummy apricot and carrot, served in an ashtray!

In 2014, Tian received a Michelin star–only 3 other vegetarian restaurants in the world have been graced with the coveted star, including Joia in Milan and Daigo in Tokyo. Tian has also received three Gault et Millau toques. The chef de cuisine is Paul Ivic.

Tian, which opened in 2010, sources their ingredients from their local partners from the region. All the water they use on the premises has been revitalized using the GRANDER process–an energy-efficient eco-water system developed by Austrian Johann Grander.

Chef Ivic, posesses an in-depth knowledge of the chemical composition of raw natural ingredients. Tian’s owner, Christian Halper, sent a Viennese engineer on an expedition in 2005 to places said to be the homes of some of the oldest people on earth. “When we tried them out, we realized the dishes were wholesome but not exactly the right match for European tastes.” Tian’s team combined this knowledge with European traditions of cuisine and infused it with an avant-garde outlook. The result is vegetarian food like you’ve never experienced it before.

The house-baked bread was served with 3 oils: Italian olive, Austrian linseed, and Croatian olive. The house-made butter was absolutely divoon. 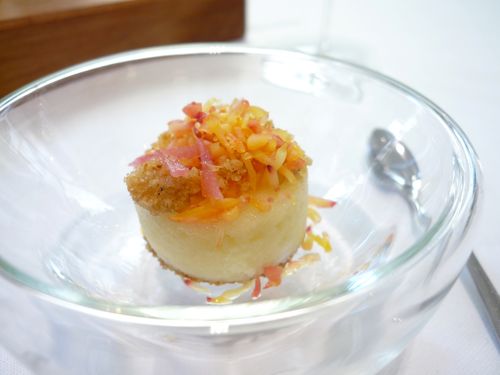