The mention of a trip to Vienna conjures up a set of idyllic snapshots: pristine palaces, Habsburgian gilded grandeur, baroque carillons à musique-esque interiors, scrubbed-clean boulevards. In such a well-maintained city, it might be hard to imagine yourself in the middle of a disused 19th-century post office that’s found itself in various stages of decay and demolition.

And yet there we were, shuffling through the dusty corridors of massive Alte Post at Dominikanerbastei 11, soon to be a 5-star hotel and luxury apartments—but for a few days last month, the setting for an inaugural underground fashion and art happening. The first Take Festival (“Take that! Take part! Take care!” in the organizers words) is a celebration of independent fashion and art, initiated and organized by the Austrian Fashion Association and the super women who bring us MQ Vienna Fashion Week ever year, Creative Headz.

For two years now, Austrian Fashion Association has been supporting Austrian fashion designers on their way to professionalization and internationalizing. The co-operation with Creative Headz started with the presentation of the Austrian Fashion Awards during VIENNA FASHION WEEK.14 and will now, in 2016, be expanded to an autonomous festival event format. 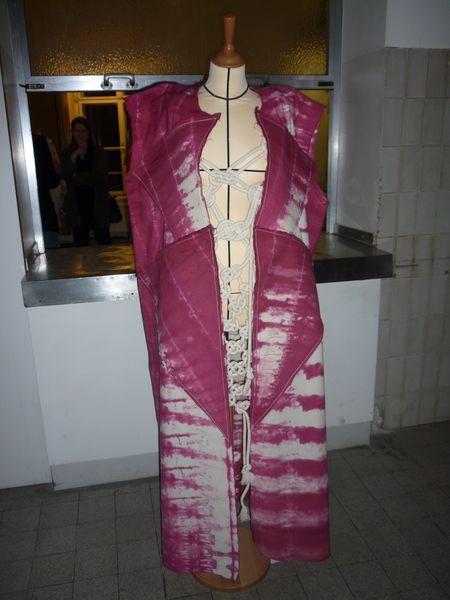 Above: Design by Maria Lind

One of the projects presented at Take was RAW: garments designed by the college of fashiondesigntextile´Die Herbststraße`, the largest school of fashion and art in Austria, and presented at the Take-Festival for Fashion and independent Arts.

These samples were created under the motto of questioning current mass production of fast fashion and to make a statement for more appreciation of traditional manufacturing and tailoring techniques.

This concept reflects the steps of development from the first sketched design to the finalized prototype. Partly these steps are `frozen`as aesthetic moments of design in the sample.

Materials which are usually used as support and padding, normally invisibly hidden inside the garment, as well as raw cotton, which was used for the development of one of the  prototypes, were chosen to make the process of production transparent.

Thus a fashion project evolved, featuring exciting and innovating silhouettes and manufactured in an unorthodox way, which was meant to question critically the mainstream aesthetic of the fashion industry.

The project `RAW`developed in cooperation with the Royal Thai Embassy in Vienna.

Selected models supplemented by original Thai fabrics will be presented for the first time in a runway show and in an exhibition at the Vienna Fashion Week in September 2016. 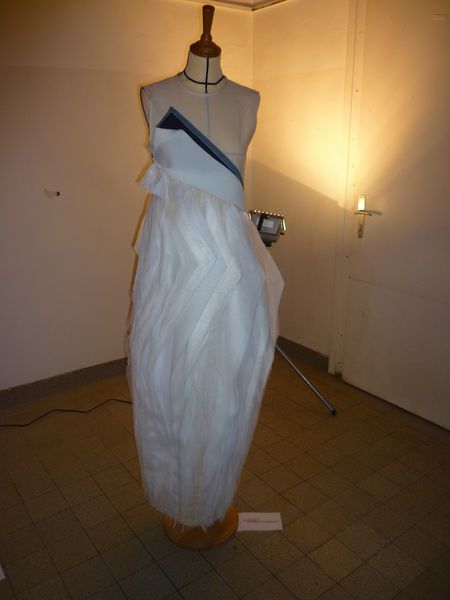 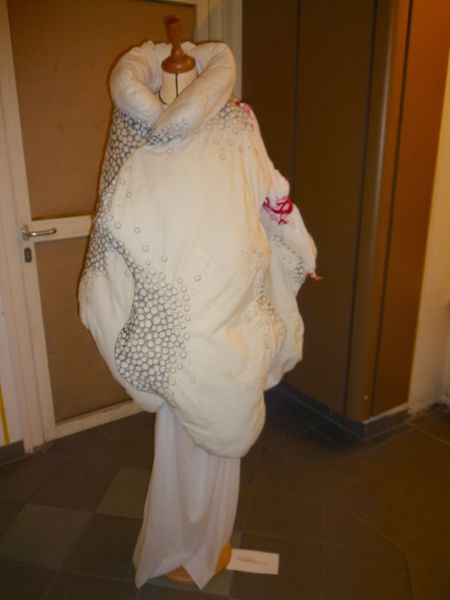 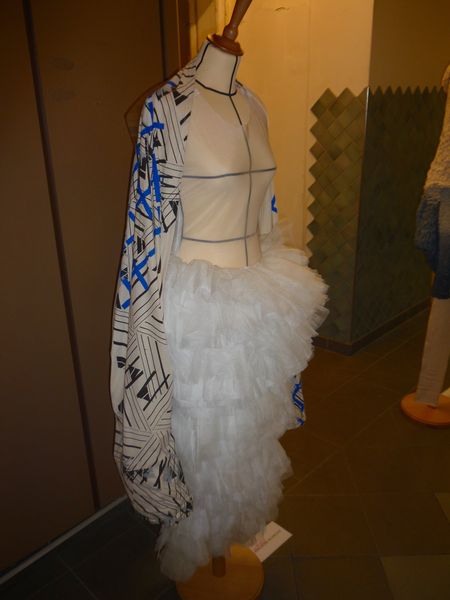 Can’t find the name of this designer, but I love the combo of that print with ruffles. 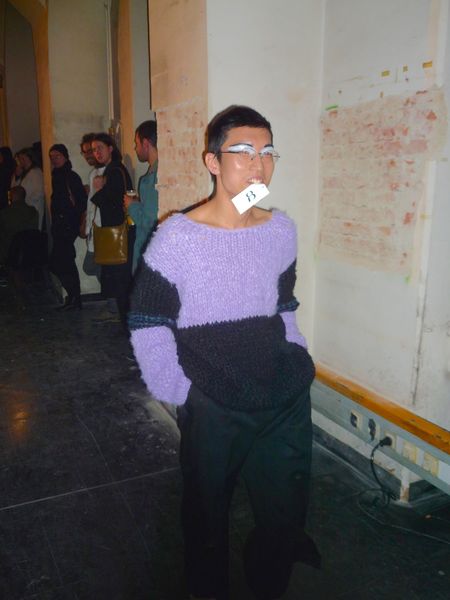 Designer Rani Bageria, a graduate of the Royal Academy of Fine Arts in Antwerp, staged an impromptu show in a room full of seemingly abandoned soda vending machines. Bageria refined her aesthetic sensibility and technical skills as a knitwear designer for Chloé before launching her own line in 2012. The debut collection AW 13 was presented during Paris Fashion Week and discovered at Opening Ceremony. The stockists are now positioned in Germany (Fifty Eight’s, Sal Bazaar). The Vienna based designer has received the Austrian Fashion Award (2014), the Ann Chapelle Createur Award (2007) and was among the finalists of ITS (2007). 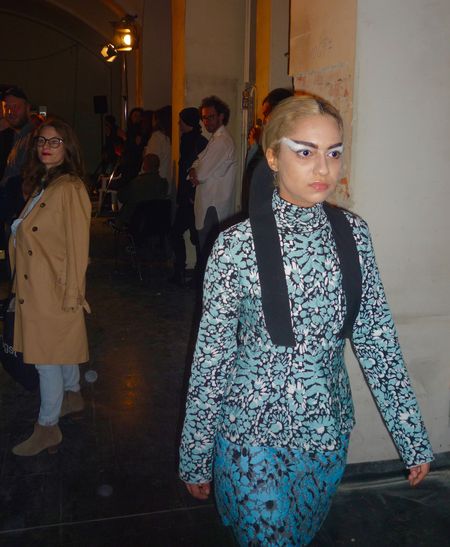 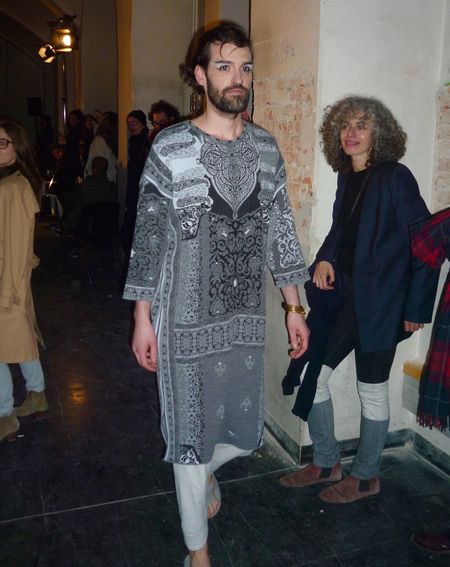 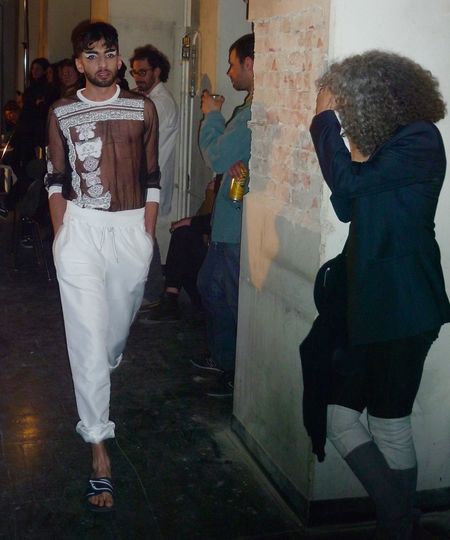 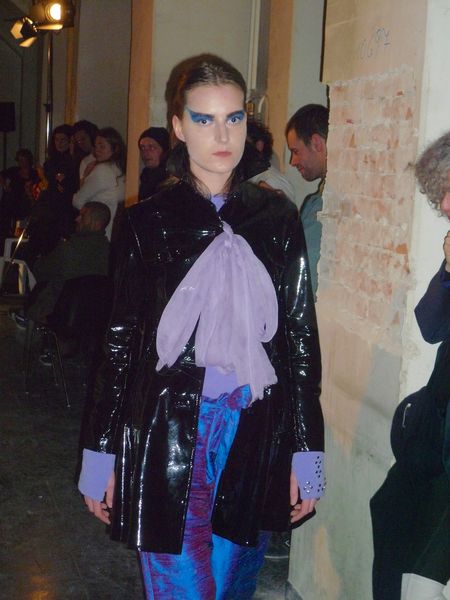 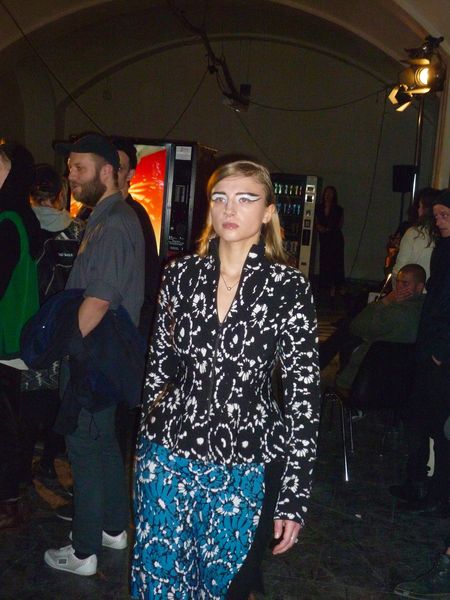 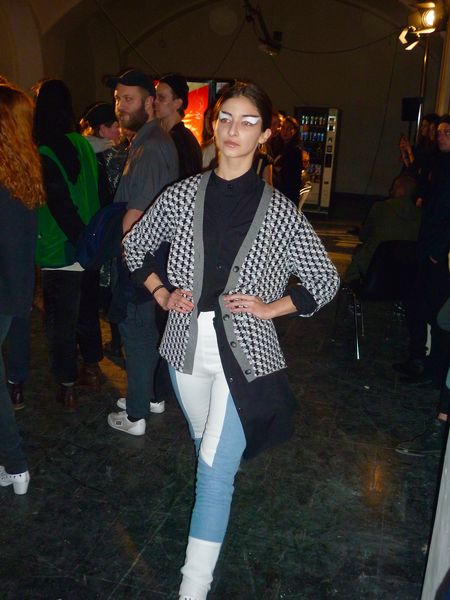 After Rani’s wonderful show, I took in some of the festival’s art before retiring to the Loos American Bar with my long-lost friend, designer Tom Scott, and journalist Rosario Morabito, for some very excellent cocktails and wonderful 1920s vibes. (I’m convinced that the very Weimar-looking suited gentleman with high cheekbones who was smoking next to us was a ghost. He was there one moment, and then vanished—not an easy feat in such a tiny bar.) The next day I was off to Amsterdam, but I heard the rest of the Take Festival went swimmingly.