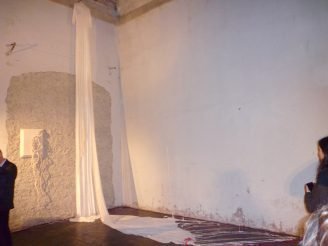 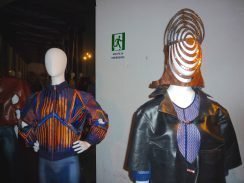 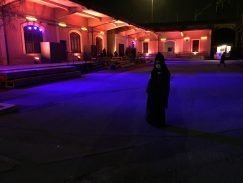 The slightly sinister invite for Artisanal Intelligence’s winter edition, “Body for the Dress”—an image of a human spinal column creeping up a wall—brought back memories of one of my favorite horror films, Fiend Without a Face (1958). In this Cold War-era B-film (which is curiously included in the prestigious Criterion Collection), an army of invisible monsters reveal themselves to be disembodied vampiric brains who fly toward their prey, spinal-cord tails whipping around furiously. (You can watch the disturbing finale of the film here.)

Former Customs House Ex Dogana, a post-industrial space revamped but still in a forlorn state of abandonment, provided the perfect creepy setting for this exhibition. “The relationship between the body and the dress, the attempt to identify the point of contact between the human being and its clothes: deformities, transparencies and the silhouette as proof of a passionate relationship,” writes curators Clara Tosi Pamphili and Alessio de’ Navasques, as if they are describing a rendezvous between Diane Arbus and Elsa Schiaparelli.

Ex Dogana, founded in 1925, was designed by Angelo Mazzoni, one of the most important architects of Italian rationalism. In this old space that was used to control merchandise in transit, eleven young designers and artists interpret the relationships between the body and the dress. 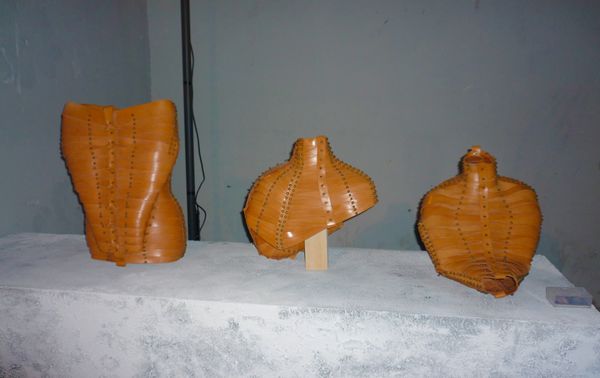 Sculpted leather bodices by Úna Burke. Burke has designed looks for Madonna and Lady Gaga as well as creating costumes for The Hunger Games. These airy blouses from the brand Melampo channel origami and project sheets. Designers Lulù and Anna Poletti were trained in architecture at the Politecnico di Milano. Their brand stems from the solid tradition of their family’s factory and their passion for art and photography. 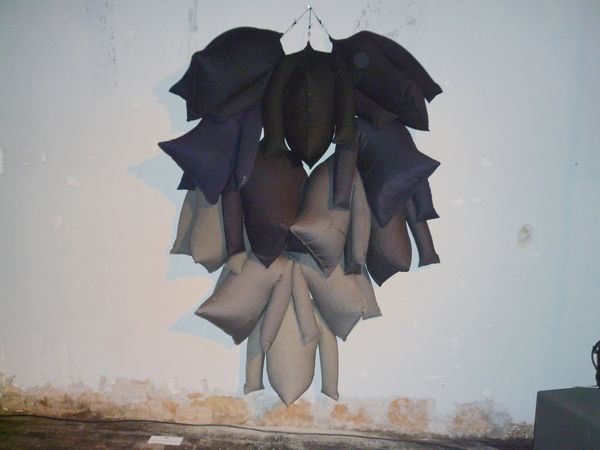 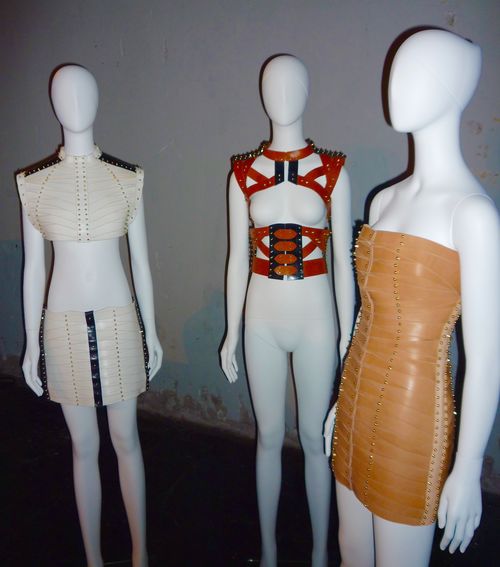 She’s into leather: more from Úna Burke. Desk-to-disco style at its finest. If you work in an office where this is not acceptable desk attire, you need to get a new job. 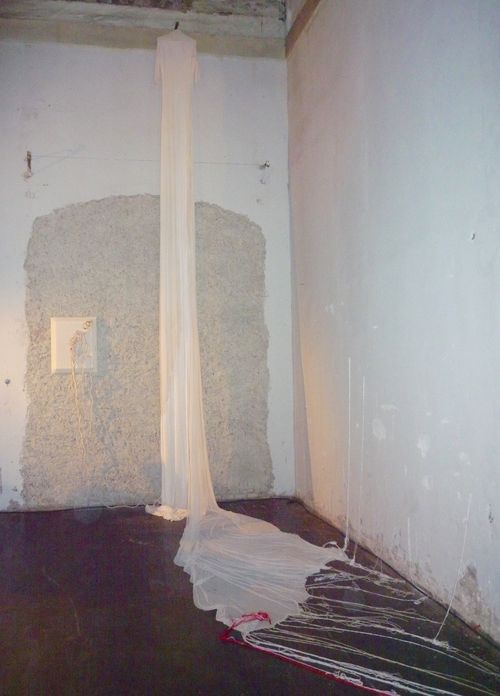 I’ll melt with you: this piece designed by artist Thomas De Falco and created by Paolo Di Landro commanded the most attention at “Body for the Dress.” Ghostly and evocative, the dress was presented at the Triennale di Milano and worn by performance artist Benedetta Barzini. I had a delightful chat with British designer Sadie Clayton who draws her inspiration from “her inner spirituality…research on the shapes of stones and crystals, based on the concept of time and space.” Well, I think the results are out of this world. Sadie utilizes 3D printers and has worked with Skin, Fleur East and photographer Mark Lebon. 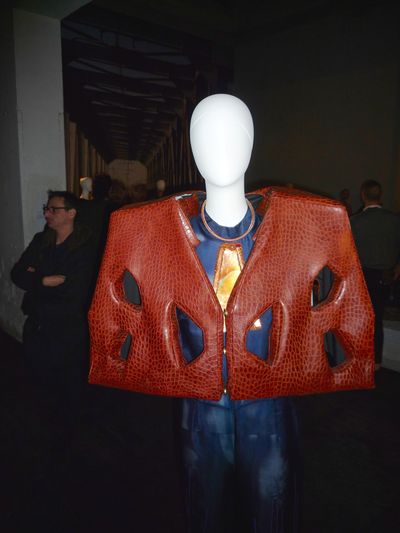 Sadie Clayton’s capelet is at once primitive and futuristic, channeling The Flintsones and sci-fi glamazon garb. 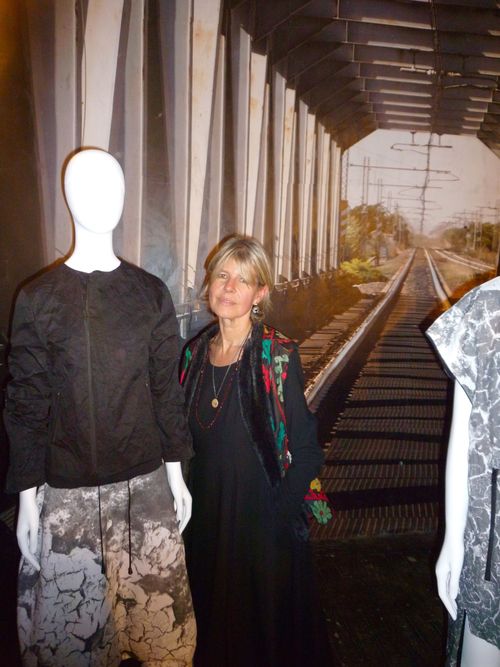 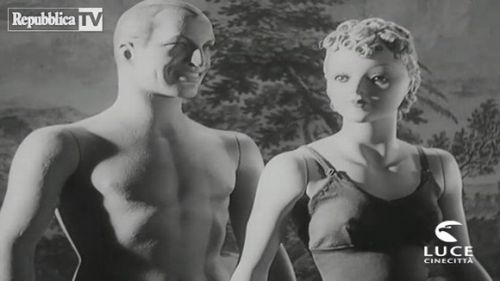 A compelling film from 1941, produced by Istituo Luce, that documents mannequin manufacturing was projected on a raw cement wall. (My friend the feminist scholar Camille Paglia loves mannequins and they always remind us of a particularly haunting episode of The Twilight Zone titled “The After Hours.”) 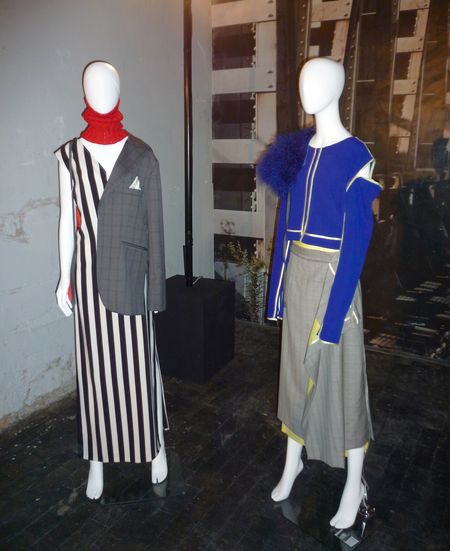 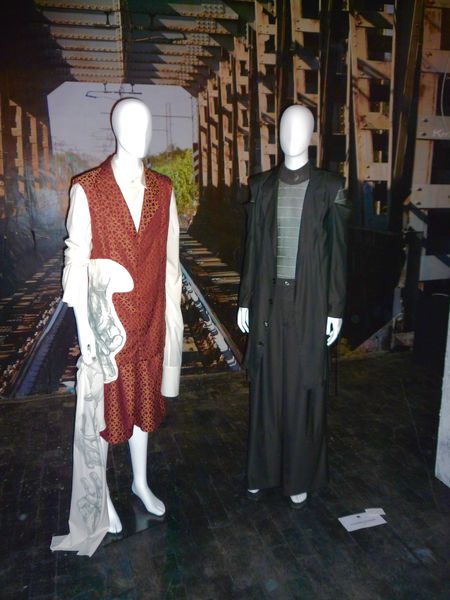 Some creations from the Accademia Moda e Costume. 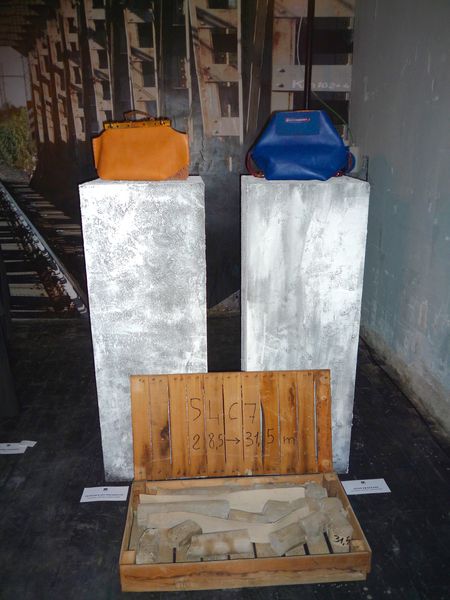 Bags by Pugnetti Parma. Filippo Pugnetti creates them using the techniques handed down from the old masters of the 1950s who assembled prototypes and cardboard patterns before designing them. 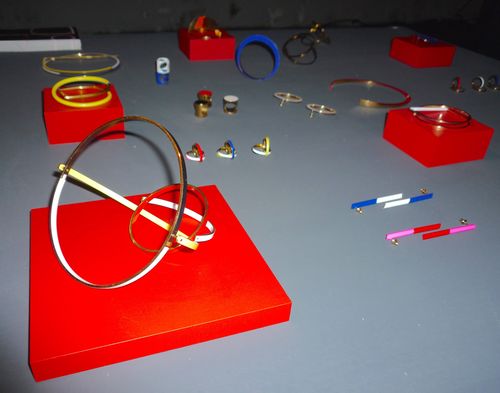 Jewelry by Admater. Lavinia Fuksas and Alessandro Grimoldieu’s collection uses pink gold, silver and bronze in the geometry of the triangular module as a sacred symbol of perfection and harmony. 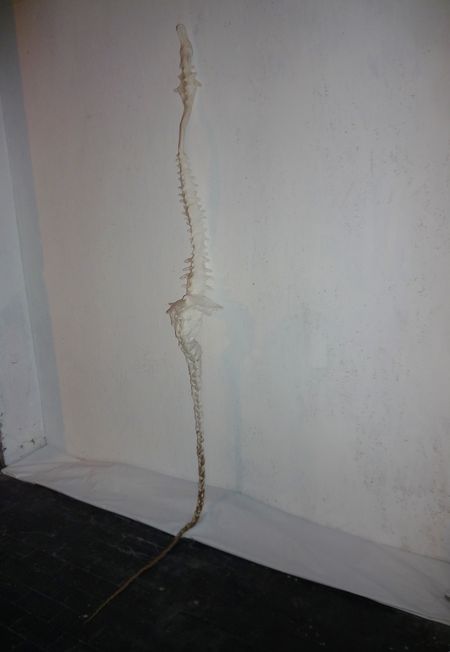 The aforementioned spinal column: a piece by the “very young yet mature” artist Sacha Turchi. A spine that tapers into a braid represents “a synthesis of the female world….culture and individuality sustain one another on our centre of balance, the spine.” A spine-tingling statement! 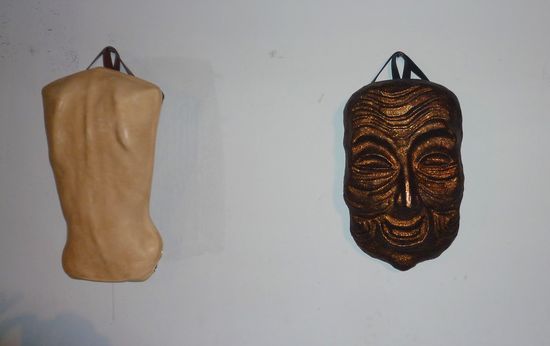 We were over the moon for the back backpack and its tiki friend from Kofta. Raw leather is pressed onto frames and appear to be moulded onto the body like “an ancestral memory and an object of the future.” 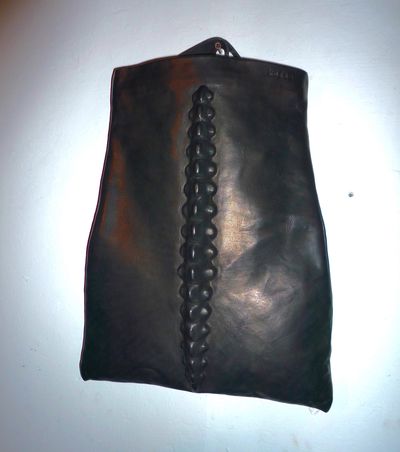 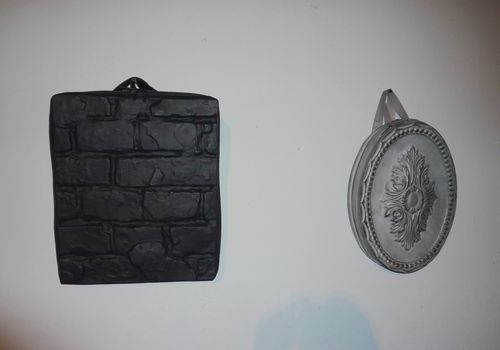 More sensational bags from Kofta. They’ve got your back! 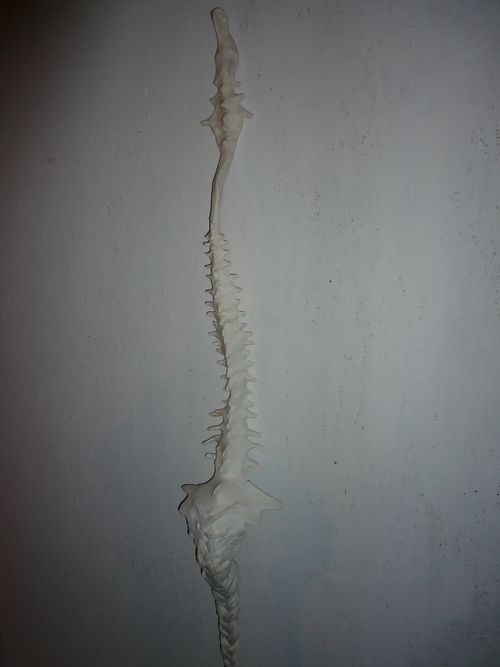