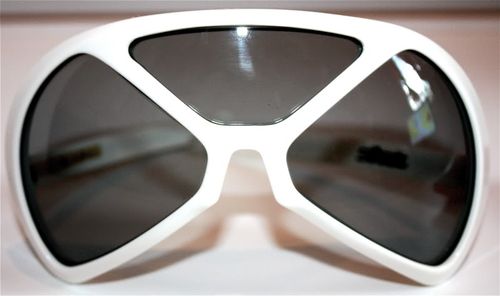 Futura sunglasses were launched in 1974. The designer DOra Demmel see's the FUTURA  as a perfect commercial-move and not as a sunglass for everyday. Suddenly FUTURA sunglasses are popping up everywhere , magazines, store windows and do you remember them in the softporn film Emanuelle? As 2014 is the 40th anniversary of the FUTURA shade, Silhouette created a new version of the iconic classic.