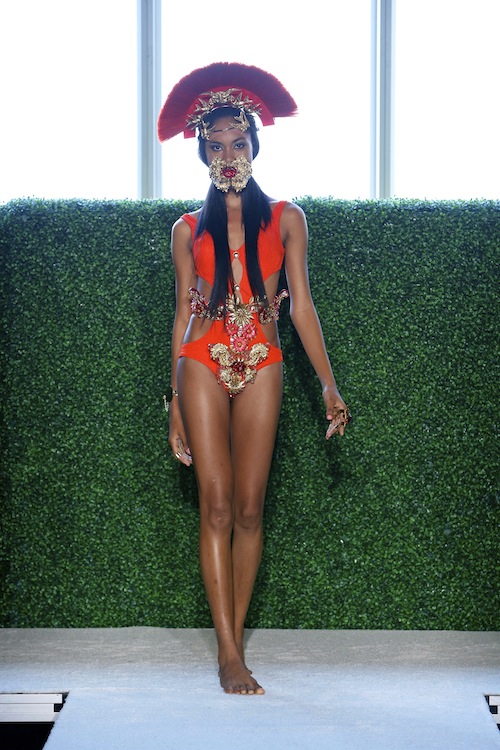 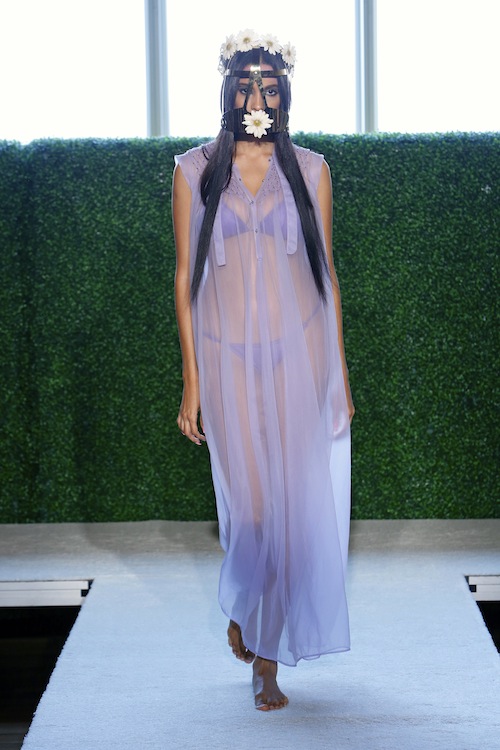 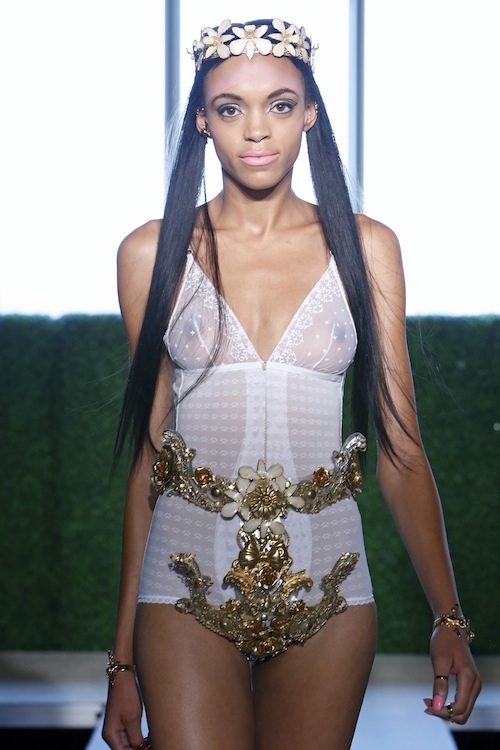 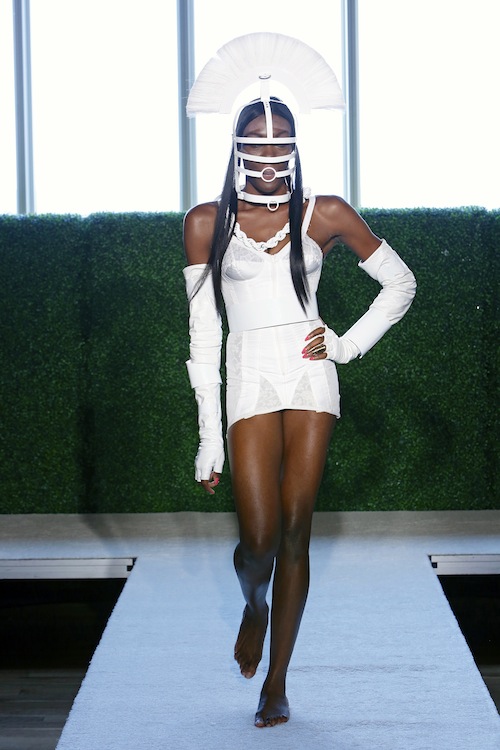 Ken Borochov (who has previously worked with the likes of Lady Gaga, Kanye West and Nicki Minaj) presented an eye-catching collection of orchid chastity belts and horsehair mohawks for SS14.

In the following interview Borochov discusses his inspiration of the season, addressing taboo pieces and future plans.

What was the inspiration behind this season's collection?

Its premise lies in the exploration of self-expression and self-acceptance, with a virginal yet provocative Lolita at the center. The collection is trying to convey the censorship and suppression promoted in our world; they mask and cage the reality of life in a deceivingly golden and prudish facade.

What was the process of creating the range like?

Florals have been an important theme of my brand for the past few seasons, so this time I wanted to really harness the beauty of flowers by using real flowers. Obviously, flowers wilt so I looked for ones that are sustained in their most beautiful and vibrant moment. I found all these orchids and daisies that are dipped in resin and 24 karat gold and used them to make my chastity belts, crowns, and muzzles. I also started using an automotive gold plater. This kind of plating is obviously much more durable than the classic jewelry gold plating and will last for much longer. This was the same plater I used for the 24 karat gold plated wheelchair I made for Lady Gaga.

How did themes of fetish and sex play into the collection?

I wanted to use muzzles, chastity belts, and cage masks to express chastity. The girl in the center of the collection was used to express the theme from the inspiration above, not as a sexual directive.  I wanted to take these rather scary and tabooed pieces and make them into soft, encrusted royal items. I wanted to strip them of the perverse sexual connotation and make them into extravagant jewels for your body. The press is already calling the chastity belts "bejeweled panties" even though underneath it's plastic and has a lock and key!

What kind of woman do you see wearing your designs?

My woman is not a wallflower. She's very expressive and likes attention. She loves dressing up and sees the world as more than an endless J. Crew catalog. She's adventurous in fashion and wants to put on a show for her friends and her haters. She doesn't fit in; she sets trends.

What plans do you have for the future?

My ultimate dream is to work for Versace. I would also love to have my own perfume. In the next few months, I will be working with a couple famous performers, one of which was revealed already as Britney Spears' new single cover. I also will have a presence in Miami for the Art Basel show.

Sum up your aesthetic in three words.