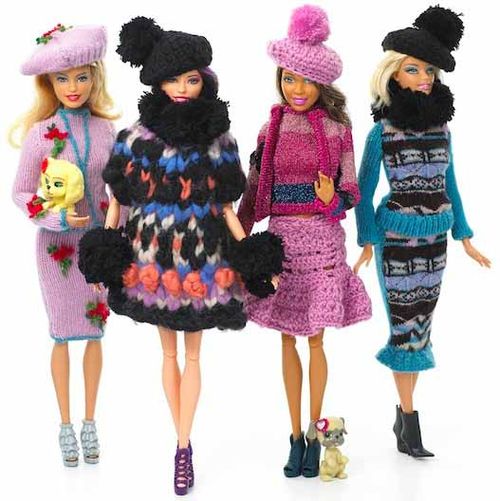 Barbie dressed by SISTER by SIBLING

Joe says: "Barbie has come hot from the Autumn/Winter 2013 London catwalk of SISTER by SIBLING.  Along with Cara [Delevingne] we believe in head to toe dressing to make heads turn, even her pooch has that London style.  Intricate and handcrafted by experts in our atelier, these outfits are pure couture, but only for Barbie.  No reproductions allowed."

DRESSED BY FRED BUTLER, NASIR MAZHAR, AND SISTER BY SIBLING 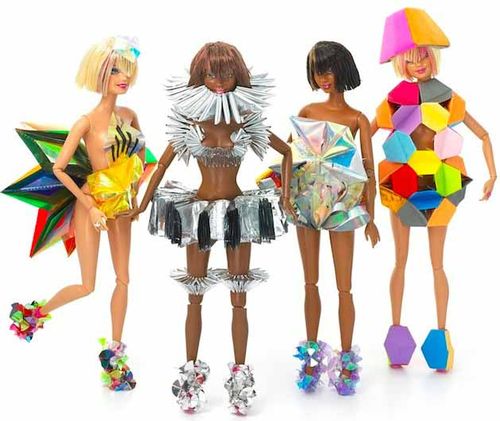 "I basically spent the majority of my childhood playtime making outfits for my Barbie.  When I was given a little boutique set for her, I had died and gone to heaven.  The fascination never went so when I eventually studied fashion design, I used to create mock-up shapes on a Barbie."

"I tried to make each one quite different so they all had a character and it's ended up looking like a girl band!  The Origami one was the most satisfying because all the sections slotted together perfectly, especially round her high heels, giving her a totally weird new shoe." 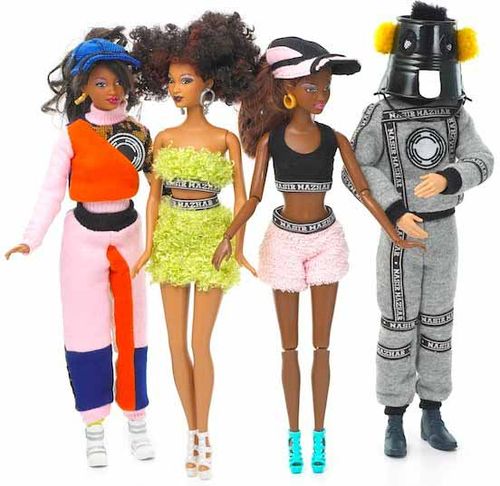 Nasir says: "I never realised how intricate it would be to recreate my collection in miniature for Barbie.  It was good to include Ken too so he could chaperone her."