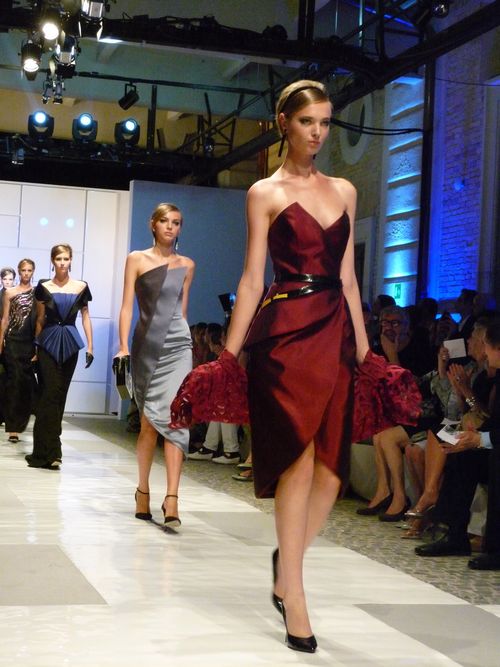 I’ve attended the catwalks of Fausto Sarli in Rome over the past few years. Sadly, the designer passed away in December 2010, a few months after my last trip to Rome. Of course, I’ll always remember meeting Italian film legend Gina Lollolobrigida at his show in 2009! Since his passing, a creative team has been designing the collections under the brand name Sarli Haute Couture.

For this recent edition of Alta Roma Alta Moda, we were summoned to La Pelanda, which is the site of a 19th-century slaughterhouse. (I attended Alta Roma’s Limited/Unlimited cocktail there three summers ago.) After Susan Sabet and I jockeyed for canapes and prosecco in a very crowded room at the venue, a curtain that obscured an entire wall was lifted to a chorus of ooh and ahs: behind lay a retrospective of maestro Sarli’s greatest hits, from the 1950s up until his last collection. 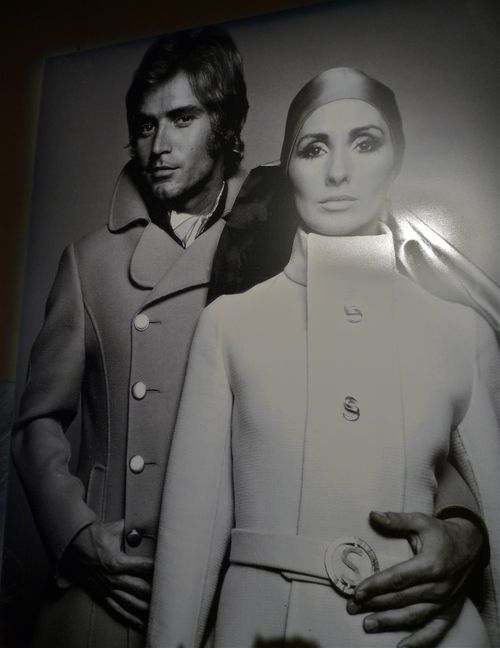 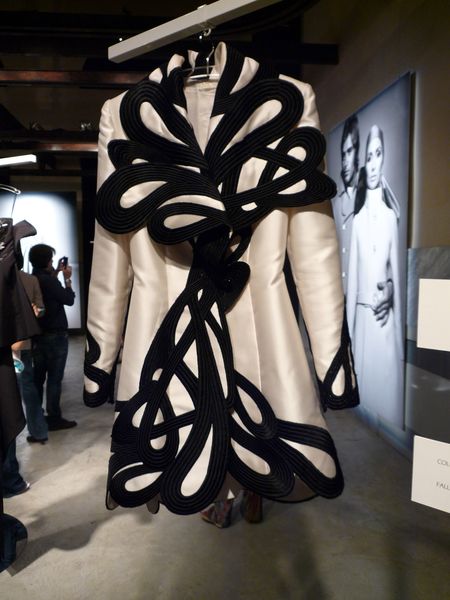 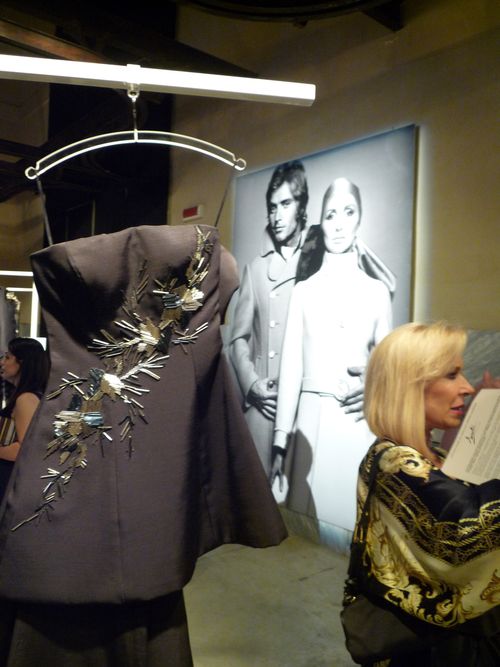 I have to comment here that I really enjoyed the look of the Italian women I saw attending the various events at Alta Roma. They have kind of an uncalculated 1970s vibe, free of annoying NYC-style irony, about them, which of course I’m mad for. The ’70s were superb and I’m always first in line for any time machine that’s headed there. Such a refreshing change from the trying-way-too-hard to be painfully hip New York party crowd. Also! There are no hipsters in Rome (at least not the species that thrives, like cockroaches, in NYC….) 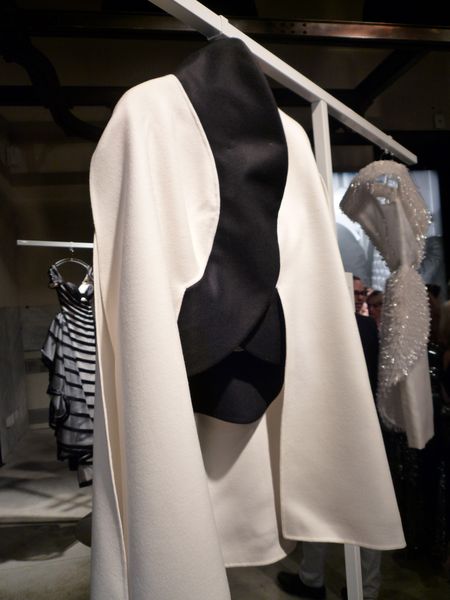 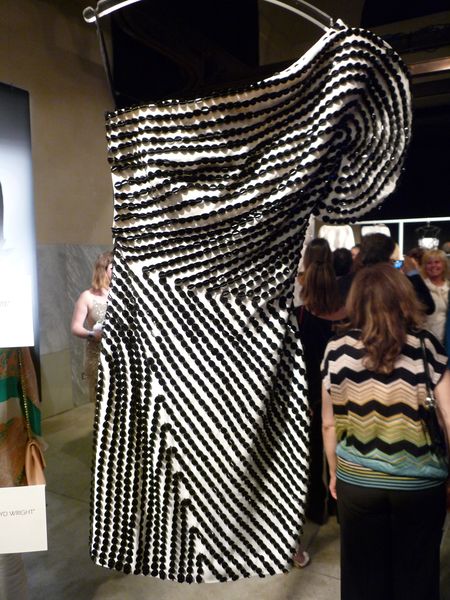 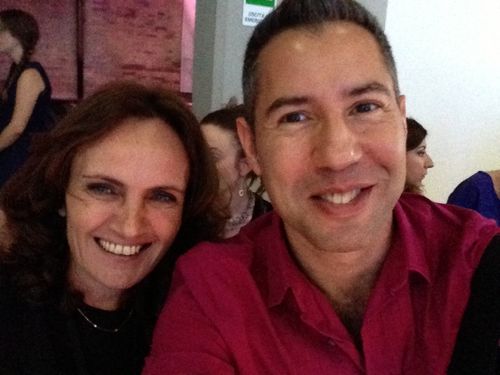 Susan Sabet and I in the front row at the Sarli catwalk…laughing as usual. 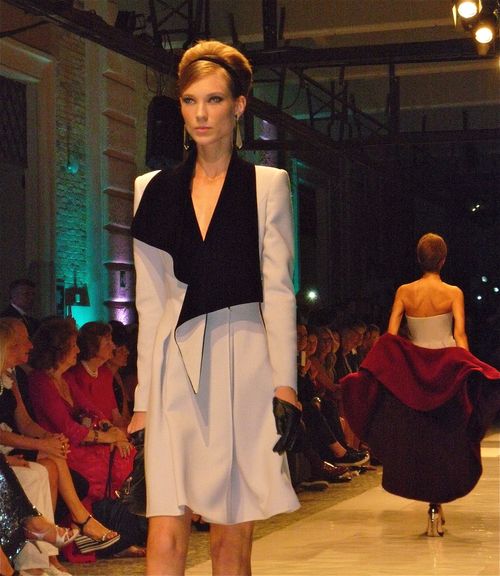 So, now let’s talk about the Sarli Fall/Winter 2013/14 collection. “Temporary Architecture” was the theme, and while architecture-as-influence is nothing new in fashion, I really appreciated this collection’s zany aspirational approach to it, at least on paper. For these silhouettes, the designers were influenced by the folds and ellipses of the Sydney Opera House, the tubular shapes on the facade of the Abu Dhabi Adia Headquarters, the Guggenheim in Bilbao, and my favorite… 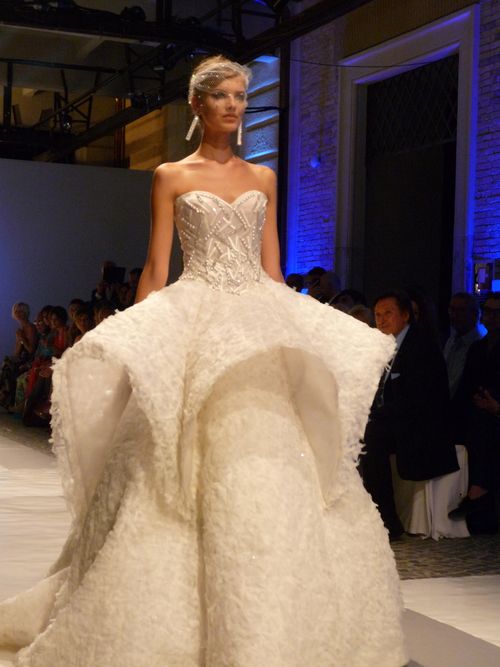 ….the Bird’s Nest Stadium in Beijing (which I visited in 2011), designed by Jacques Herzog and Pierre de Meuron (and, more notoriously, artist/dissident Ai Wei Wei, who later took his name off the project and regrets having worked on it.) The result was the collection’s finale, this wedding dress. What’s not to love? This is “Who Are You, Polly Maggoo?” caliber stuff here, dolls! 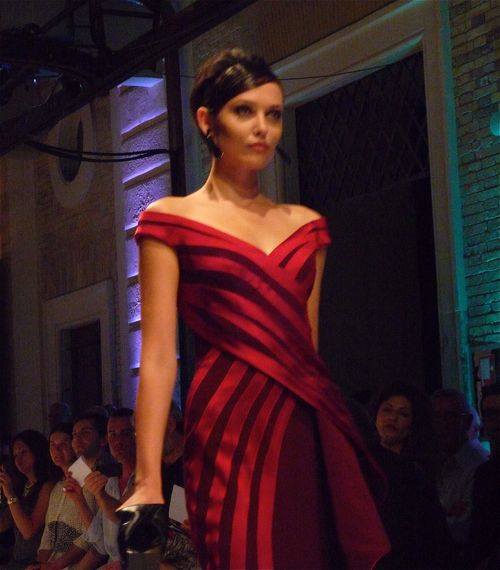 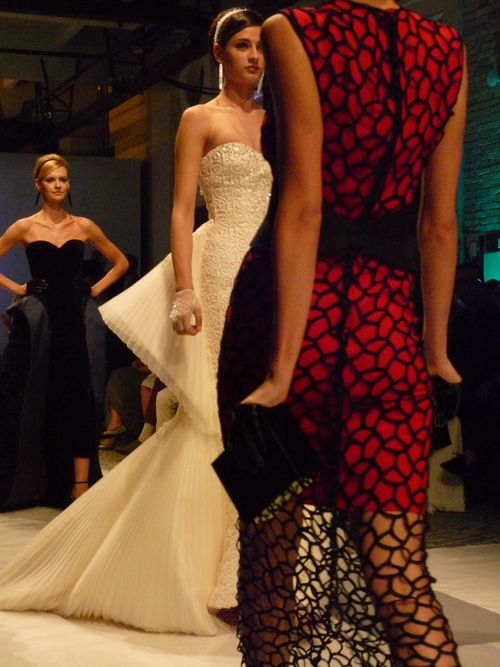 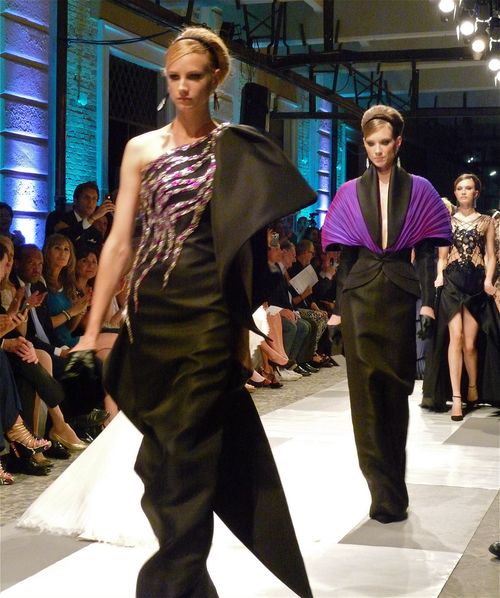 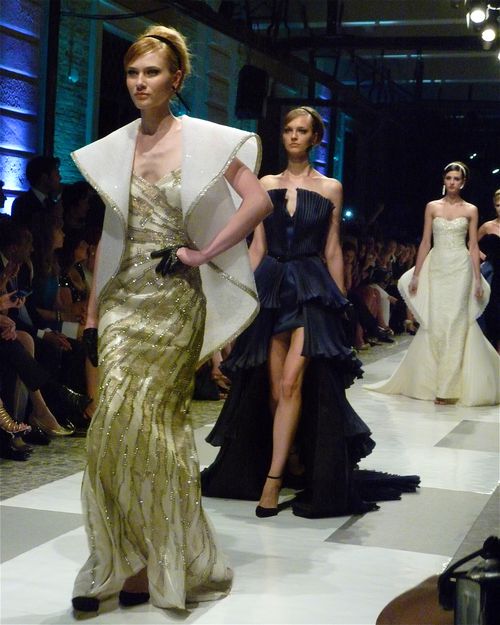 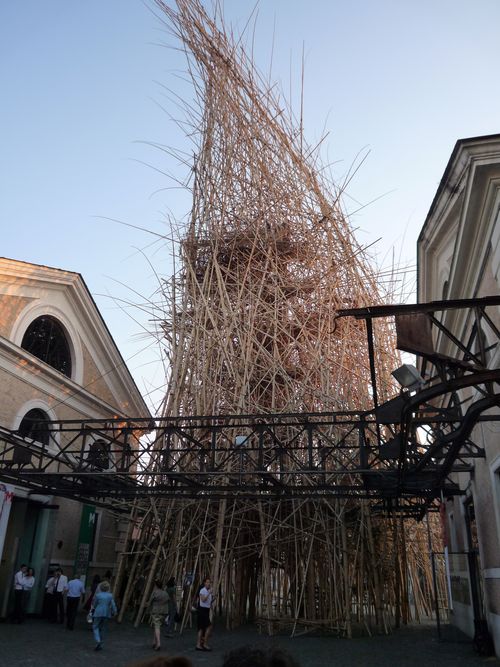 Outside the venue was a bit of architecture-meets-the-Wicker-Man.